Why to change iOS Programming Language From Objective-C to Swift? 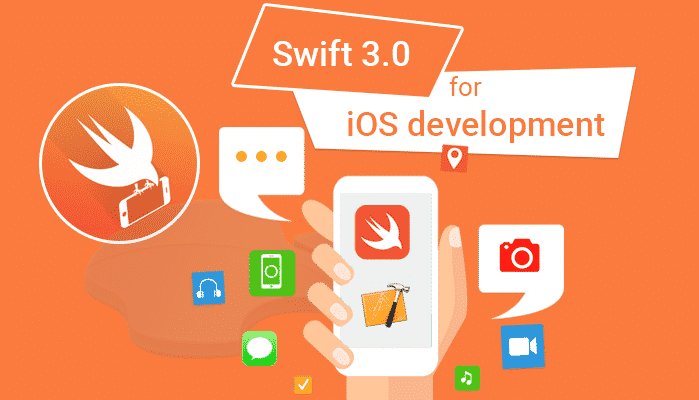 In 2014, Apple released a brand new programming language, Swift, that took the community quite by surprise. In last two years, this team has published multiple major and minor releases. It is gaining more and more popularity.

Why should you learn Swift?

For understanding the basics of programming, Swift is a much easier language to work. Objective-C is over 30 years old and of a time when different considerations existed regarding computer interactions.

Converting a whole project from Objective-C to Swift means to write a completely new app. Although Objective-C and Swift have a very good interoperability, their programming patterns are different. So if you migrate Objective-C code to Swift, there is a high risk.

Writing only new code in Swift is a very good compromise. Since the operability between Objective-C and Swift is very good, you can write new code and new classes in Swift, and they can interact with your existing Objective-C code.

Why should you move from Objective-C to iOS?

The Objective-C language introduced new keywords using @ symbol. As Swift is not based on C language, it can unify all the keywords and remove the numerous @ symbols in front of every Objective-C type.

In Swift, you no longer need semicolons at the end of each line of code or parenthesis to surround conditional expressions inside if/else statements. The effect is a cleaner language with a simplified syntax and grammar. Swift code more closely resembles natural English. The readability makes it easier for existing freelance gigs from JavaScript, Java, Python, C#, and C++ to adopt Swift into their code.

One interesting aspect of Objective-C is the way in which pointers get handled. Here, the line of code which is a no-operation seem beneficial that it doesn’t crash, it has been a huge source of bugs. A no-op in Objective-C leads to unpredictable behaviour, which is difficult for programmers trying to find and fix a random crash.

While using Swift, optional types make a nil optional value very clear, which means it can generate a compiler error as you write bad code. It creates a short feedback loop and allows programmers to code with intention. You can fix the problems while writing the code, which greatly reduces the cost of fixing bugs related to pointer logic from Objective-C. These kind of features makes this language safer and the Apps developed using it are more stable.

Swift unifies the language in a very different way than the Objective-C. The support for Automatic Reference Counting (ARC) is thorough across the procedural and object-oriented code paths. In Objective-C, ARC support is within the Cocoa and object-oriented code. It is not available, however, for procedural C code and APIs like Core Graphics. The huge memory leaks that a programmer can have in Objective-C are not possible in the Swift language.

There is no need for a programmer to think about memory for every digital object. The ARC in Swift works across both procedural and object-oriented code. It requires no more mental switches for freelance web developers. When the developers write code that touches lower-level APIs, there is a problem with the current version of Objective-C.

Swift reduces the amount of code required for repetitive statements and managing strings. Swift has features like adding two strings together with a ‘plus’ operator, which is missing in Objective-C.

The different types in Swift reduces the difficulty of code, as the compiler can figure out types. As an example, Objective-C requires programmers to memorise the string tokens and provide a list of variables to replace each token. Swift supports string interpolation, which eliminates the need to memorise tokens and allows programmers to introduce variables directly inline to a string, such as a label or button title. The string interpolation mitigate common source of crashes.

When Apple introduced Swift, one of the reasons they told was its speed. Apple was not moving away from Objective-C to a higher-level language as it is based on C, which is much faster, more efficient programs than something like Python or Ruby. With Swift adopting a static system, you can expect that Swift should be at least as fast as or faster than Objective-C.

It is difficult for the Objective-C language to evolve without C evolving any further. C requires programmers to maintain two code files to improve the build time and efficiency of the executable app creation, a requirement that carries over to Objective-C.

Swift doesn’t have the two-file requirement. The Xcode and LLVM compilers can figure out dependencies and perform incremental builds automatically. Swift combines the Objective-C header and implementation files into a single code file. You will find this as an important point in freelance tips as many freelancers are working with Swift as on today.

The major change in Swift is the switch from static libraries to dynamic libraries. Dynamic libraries are executable code linked to an app. This feature allows current Swift apps to link with the latest versions of the Swift language. Not many people are talking about this change, but it is very important for the developer community.

Overall, with the boom in Mobile Apps and more demand for iOS developers, those who already know Objective C well should learn Swift. They can start writing new code in Swift and as it gains more popularity and stability, can fully shift to Swift. It is difficult to ask developers to shift from an easy to difficult language, but the case is exactly reverse here, and should be easy!

Next post Top 10 Tips for Promoting Your Business Online