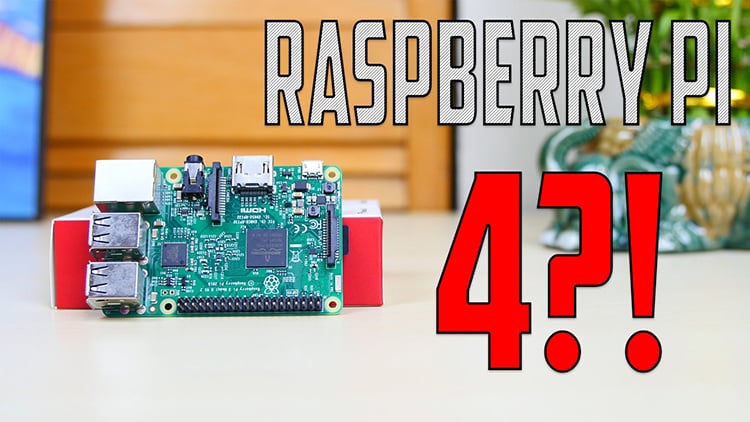 The Raspberry Pi is a series of small single-board computers developed in the UK by the Raspberry Pi Foundation. They promote the teaching of basic computer science in schools and developing countries. The first model became far more popular than anticipated, selling outside of its target market for uses such as robotics.

There are absolutely no peripherals included along with this product, and you need to buy everything including a keyboard and monitor separately. By September 2016 the foundation sold over 10 million models. Several generations of Raspberry Pis are already in the market since 2012. With a lot of work going on in the Artificial Intelligence all over the World, Google adding AI to this platform is great news for the community.

These products feature a Broadcom System on a Chip including an ARM compatible central processing unit (CPU) and an on-chip graphics processing unit. The CPU speed ranges from 700 MHz to 1.2 GHz for the Pi 3 and onboard memory range from 256 MB to 1 GB RAM. It uses the SD cards to store the operating system and program memory in either the SDHC or MicroSDHC sizes.

These boards have between one and four USB slots, HDMI and composite video output, and a phone jack for audio. The lower level output is available from some GPIO pins. A System on a Chip (SoC) is a method of placing required electronics for running a computer on a single chip. Instead of having an individual chip for the CPU, USB controller, RAM and other components, everything is compressed down into one tidy package. They are also known as Single Chip computers.

The Raspberry Pi Foundation provides Raspbian, a Debian-based Linux for download, as well as third-party and specialised media center distributions. They recommend Python as a language for learners and recommend Scratch for younger kids. You can use any language compile with ARMv6 or ARMv7 with the Raspberry Pi. You can also use C, C++, Java, Scratch, and Ruby all come installed by default on the Raspberry Pi.

Raspberry Pi 3 has a quad-core Cortex-A53 processor, and it is supposed to have 10 times more performance than the earlier model. The Raspberry Pi 3 is approximately 80% faster than the Raspberry Pi 2 in parallelized tasks. It is not a huge upgrade to Raspberry Pi 2; it added some minor upgrades including a faster 64-bit CPU, 802.11n Wireless LAN, Bluetooth and Bluetooth Low Energy support.

The Raspberry Pi second and third model had the same 1GB RAM, 4 USB ports, an HDMI port, Ethernet port, combined 3.5mm audio jack and composite video. It also provides support for cameras. Both the models have a microSD card slot, although it was changed from a push to insert, push to release to push to insert, pull to release in the most recent iteration.

The Raspberry Pi Foundation has announced that Google is helping to integrate the AI tools into Raspberry Pi, presumably coming out with the launch of Raspberry Pi 4. They are inviting coders to work with Google and provide feedback on features to the Raspberry Pi ecosystem via a survey.

As per Google’s survey, they are asking the developers about whether they would like to see facial recognition, natural language processing or speech-to-text translation. It seems Google is eager to help developers integrate such features into their Raspberry Pi innovations. The Google’s survey should help users get the tools they need. It is a good opportunity for freelance web developers to contribute to this platform.

The Raspberry Pi Foundation has not exactly revealed any details about the upcoming version, some sources have started throwing their predictions around. It’ll include 2GB RAM, increased speed, and this would mean it could use Mate as its desktop environment. It seems that if the Raspberry Pi Foundation makes the decision to ramp up the RAM, the community will be happy.

The supporters of Raspberry Pi are asking for a USB 3.0 port for high-speed data transfer and better power management. You may expect similar design like earlier models including similar ports with support to add peripheries to help creators make the most out of their microcomputer. The possibility of using the new version are unlimited and the community members must be already planning their new projects based on this version.

Some freelance websites say that version 4 of the Raspberry Pi platform will arrive this year, but other sources mention that Raspberry Pi 3 will be the only version of the platform available for at least three years and the Raspberry Pi 4 release will be available only in the year 2019. The Company has manufactured a large number of Raspberry Pi 3 boards, and unless they sell them off, they won’t like to come out with the new version.

To provide everyone with an affordable computer, the Raspberry Pi 4 will not be very costlier than Raspberry Pi 3, which has a recommended retail price of £32.95. Similar to earlier versions, it’s likely retailers will ship the microcomputer as part of a kit. They try to make it easy and users can start creating their computers right from the box rather than buying up their individual components to transform it into a PC.

Google has developed a huge range of tools for machine learning, IoT, AI, robotics, and much more in the field of automation. They are asking programmers about what they would like to see in the new version, and you can expect a lot more in machine learning and AI now. The electronics and computer freelance designers will be interested in this model as it will provide them a great platform for experiments and to design new products.

As Google also provides a powerful technology for navigation, bots, and predictive analytics. It means, with Google’s partnership, you can expect a lot of advancements and high-tech features in Raspberry Pi 4!

Next post Understanding Ember.JS, VUE.JS and Meteor Frameworks of JavaScript