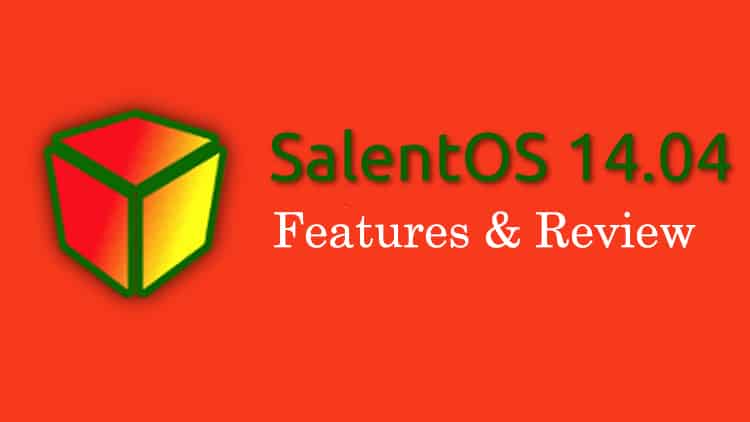 The SalentOS is a Debian-based GNU/Linux distribution that uses Openbox as window manager. SalentOS has been designed to embrace lightness, and it also maintains the completeness and features of Debian. It includes elements of GNOME and Xfce desktops.

Some key features of this latest release are:

Openbox features a dynamic menu configurable, called, by default, with a click of the right button on the desk. The speciality of this menu is that, together with the classic configuration with the options listed in a text file, Openbox offers the possibility to use the pipes menus defined in the flight from the output of a program.

Linux is a well-known Unix-like Operating System (OS) available as a free and open-source software for development and distribution. The key component of Linux is the Linux kernel, an OS kernel, first released in 1991, by Linus Torvalds. Linux has multiple flavours and is the popular OS amongst open source technologies.

A Linux distribution is an OS made from a software collection based on the Linux kernel and, often, a package management system. Linux users download one of the Linux distributions. They are available for systems ranging from embedded devices and personal computers to supercomputers.

The Linux distribution (distro) comprises a Linux kernel, GNU tools and libraries, documentation, a window, a window manager, and a desktop environment. Most of the software included in the package is free and open-source software made available both as compiled and in source code form. More than six hundred Linux distributions exist, with close to five hundred out of those in active development status. Because of so much of variety, it is getting complex, and at the same time, the distribution is increasing multi-fold as everyone can find the specific features and flavour they need.

Debian is a Unix-like computer OS that is composed entirely of free software, most of which is under the GNU General Public License. The Debian stable release is popular for personal computers and network servers. The project’s work is carried out over the Internet by volunteers guided by the Debian Project Leader and three foundational documents viz. the Debian Social Contract, the Debian Constitution, and the Debian Free Software Guidelines. Such public projects often get support from developers as freelance work.

Use of Open Box Window Manager:

The Openbox window manager is favorite amongst the developers. Its performance in SalentOS offers new ways to use and control it. The developers kept Openbox’s simple design in the default setup. Out of the box, SalentOS is a speedy system that needs nothing more than freelance web developers!

Styler is a new tool for configuring and customising the system. Just choose your preferred theme with a click. You can customise tint2 panel with icons, themes, launchers, positions and other settings.

After moving to the Debian Linux Stable Base (Jessie) came the Linux 3.16.0-4 kernel. A factor that makes this release a more lightweight system is the lack of a background system settings. This release has optimised graphics effects and preinstalled drivers for the major wireless cards.

SalentOS has a very pleasant-looking screen and user environment. It has no mess as there are no icons on the desktop. There is no trash can icon and no File Folder. You cannot put application shortcuts on the desktop either. The menu includes home folder, Web browser, terminal window and power off functions.

You will see a neatly organised panel bar or dock sitting at the top of the screen. It has the menu button and launchers for a Web browser, a file manager, terminal, settings, Styler and Shutdown options.

You can see the thumbnails of open applications sit in the center section of the panel bar. The right half of the panel has notifications tray for connectivity and audio indicators, along with the Yanima Wallpaper Changer launcher and clock/calendar launcher.  Overall, you will find it a very different yet attractive UI.

The SalentOS name comes from the developer’s hometown in southern Italy. However, the localisation of language into English within the OS itself is very good in this release. It is a very powerful GNU/Linux distribution with Openbox and switching to this OS has many advantages. The freelance designers and developers will find it very effective to use.

The developers can use installed software base and a good collection of applications to make a great system for those who want a simple, lightweight and beautiful GNU/Linux System.

Next post How to Get Your Startup Funded in 2017

Previous post What Makes a Lazy Programmer a Good Programmer