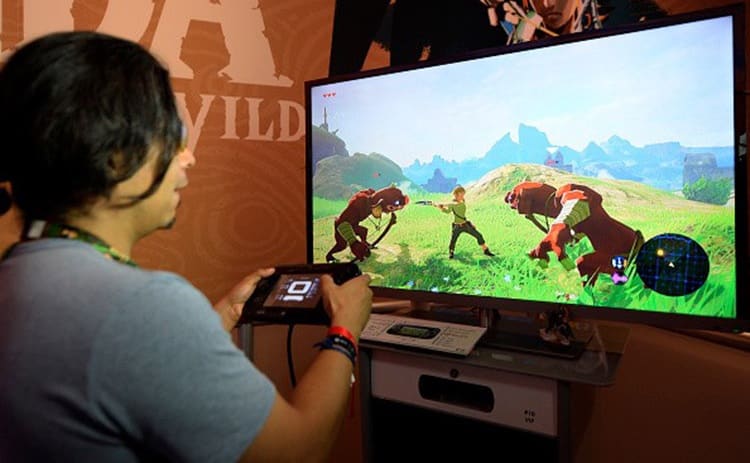 The video gaming world is eagerly waiting for 3rd March 2017; when the new Nintendo Switch is going to be released worldwide. It is an upcoming video game home console.

It is a switch in the hand-held form with two joy-con controllers. For home use, the main console unit is inserted into the docking station. From the docking station, you have a connection to your TV. You can also remove the console and use it like a tablet with its LCD touch-screen. The switch system has a Console, Dock, and Joy-Con controllers. The switch is a home console, which you can carry with you. The company has plans to end their Wii U product and promote the Switch going forward.

The interesting feature of the Switch is the Joy-Con wireless controllers. There are standard buttons along with a directional joystick and an HD feedback. The Joy-Cons can be attached to both sides of the Console. It supports the handheld-style play with a connection to a Grip accessory. It provides you a similar device as a home console gamepad.

The most discussed switch has physical and Flash ROM cartridges. The good news is there is no region locking mechanism, meaning you can use the switch worldwide. When the switch got officially announced in Oct’2016; there was a lot of excitement looking at the hybrid nature of the switch. The events in 2017 are throwing more light on the new features; though all features are still not known!

The Announcement of Technical Details:

In Jan’17; the company announced the release date and some technical details in Tokyo. The event was live streamed on Twitter accounts and has generated a lot of interest in the young users. The new games are already on the roll-out before the Switch is officially released.

The heart of the Nintendo Switch is the Console! It is a battery-powered tablet-like LCD screen device. With a multi-touch ten point capacity, it turns out to be a home console for many players. The resolution is high, and it includes an audio jack, high-quality speakers and USB-C port for charging when you are out of the home and the docking station (dock) is not available.

The console has slots for microSD and Game Card insertion. The Joy-Con controllers fit into the rails on both sides of the console unit. You have the option to control the screen brightness like a tablet. The ability to take your home console-quality gaming on the go, and easily share that experience with friends using the same controller is the most exciting for young users. IT sounds like this is a great use of console feature!

The Switch is made of plastic and has an excellent finish competing with any top end brands in the market. Freelance web developers may think that the 6.2” screen is small, as it directly displays games; but you are mostly going to play all games on TV, and this is an additional facility to play while travelling or away from home. The display is high resolution, bright and has good colours. For making it easily portable, the switch has this size. If you have used the earlier Wii U product, the Switch is a thinner and advanced version of this product.

The Joy-Con controller’s review so far states that these are the best controllers the Company has ever produced from design, usage and technology perspective. If you use them together, they are same as any traditional controller, with Left and Right analogue sticks, home and share buttons, face buttons as well as shoulder buttons for all the inputs to any game you are playing. The rumble feature is also interesting, but you need to wait and see, how many games take advantage of such features.

The rumble function on the Joy-Con is going to add some fun with interesting sound, and the motion functions are robust considering the way children use it. The intention of Nintendo is clear to allow third parties to develop more and more games for this console and many control functions have that type of design. Parents have an option to manage how your children interact with Nintendo Switch.

The Console along with the controllers or without them is plugged into the Dock for charging and for HDMI connection. The audio, video and USB 3.0/2.0 ports are all available in the Dock along with power supply and HDMI cable. For a list of devices which you can connect to the Dock, you need to wait for official announcement.

When the console is hooked to the docking station, it can support up to 1080p and maximum frame rate of 60 frames per second. The max resolution depends on the resolution used in the game as well. The dock is really small and very light weight as well.

Many games are lined up to use the new hardware and new features! Some are still waiting to know the full capacity of the hardware and different functions. The Switch is a hybrid handheld/set-top gaming device that you can play on your TV or the go. In the various events the Company is organising, users get a chance to handle the Switch and play a game on the new device, and their reviews are very positive so far.

For connecting to your TV, the Nintendo Switch Dock is using a separate Nintendo Switch Pro Controller, or the included Joy-Con controllers. All youngsters have lined up for the new switch and new world of excitement for them.

Overall, users seem to be loving the Nintendo Switch. The reviews mention it as best hardware ever made by Nintendo with great features and the feel, which is very important in playing video games. If you get an exciting game like Mario Kart 8 to play with other users or family members, it’s going to be fun! The wait will soon get over, and you can have the Switch in your hand in March!