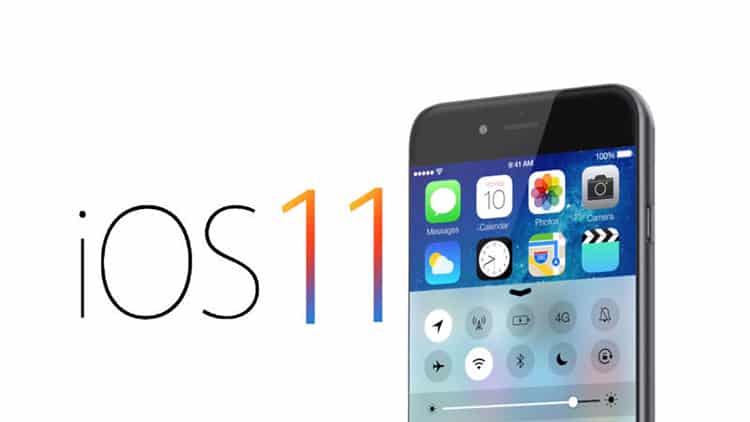 The Operating System for Apple Phones was earlier known as iPhone OS, which got rebranded as iOS in June 2010. IOS was used as a trademark by Cisco for their routers, so Apple licenced it from them. Android is most popular mobile OS, and iOS is at second number. It is available on iPhone, iPad and iPod devices. If you don’t know, Apple has opened its first iOS Developer Academy in Oct’2016 at Naples University. Any new mobile OS release is important for the freelance web developers working on App development.

We have seen another Blog Post on this Blog about iPhone 8 Features, and the release date is likely to be in Sept’17. The iOS 11 is likely to be previewed at WWDC in June, and then general release is expected in Sept’17 again, as this is a yearly release.

Similar to all new devices and Software updates, when the new features get discussed on different platforms, some are speculations, some are real, and some are rumours. We will see the most likely features you will see in new iOS.

Have you seen Cortana on Windows 10 OS? Similarly, there is Siri assistant on Apple devices. It takes spoken commands and can not only answer questions but can also perform some tasks.  It can open an app for you or search the web for specific requirements or find a location. It is available on iPhone 4S and later and latest iPods. The last update to this feature was in iOS 7 and is due for an update.

The Cambridge-based Apple team is working on Siri updates, and apart from more natural voice, you can expect some surprises there about Siri performing some more web based tasks for you!

Have you seen that WhatsApp recently introduced video calls along with their voice over internet calls? The capability of voice calls and voice chats is improving in all internet based communications, and the next step is likely to be group video chat in iOS 11.

The FaceTime App is there much before WhatsApp video calls, and in the latest version, it is likely to update the same for group video chat to include five people max. Another likely feature is the ability to share your screen using Messages or FaceTime. The feature is already there in MacOS, and it is not difficult for Apple to add this feature to iOS.

Apple tried to include the ‘Dark Mode’; which is a dark theme in a mobile App. It was revealed in iOS Simulator accidently and showed that Apple is trying to include it in some Apps. Now, this theme may be available officially throughout the device, and if it becomes a reality, you can select it for any App. It will make using your phone much easier on eyes with a dark background and reduce the brightness. Hey! Some of these features can also get released in version 10.3, and you can expect more in 11!

It is a long due feature and users were not happy that in all previous versions, including iOS 10, you can’t customise the Control Centre. They hope to see this feature in iOS 11. It is an appreciated feature, but with customisation, it should give you the facility to create your shortcuts.

There is already an ability for photo sharing, editing, cropping, and rotating. It is not possible to do this with videos. They still need separate editing software, and the new feature can provide this functionality along with video sharing. If it is too much to add this entire functionality in the OS, Apple may decide to go ahead with an App for it. And make it available through App Store. This App or functionality will include filters and a way to add drawings. You can later share these videos with contacts and on the Social sites. The competition in the mobile market is going to benefit the users a lot J

Apple is likely to fly their drones to check new roads, construction areas, changes in roads, etc. and update their maps. The new release will have some of this along with navigation within the buildings like Google Street View. Apple acquired WiFiSLAM and Indoor.io in the last couple of years, and they are working these features. Apple Map is constantly improving since 2012 and includes public transit information and integration with third party apps. You can see more of that in iOS 11. A parked car marker indicating the location of your parked car can replace many existing Apps in this space.

You may see the Social media interactions for a contact in your address book. It will be nice to see all interaction with one person at a single place. If iOS 11 implements this feature as expected, you are going to love it! The availability of a person can already be understood based on the mobile phone status. Expect an improvement in freelance work with these new features.

The iOS version had voice transcription as a new feature under testing. Now you can have this feature with better accuracy and easiness in using it. Listening to voicemails in your language is a great technical feature, and if it works as expected, users all over the world are going to appreciate it.

Let us call it a rumour till Apple confirms that it is going to release iMessage for Android! Which means, you can send group messages to a friend using either Apple devices or Android phones. The interoperability is very important in messaging applications as everyone is not going to use same devices and you must appreciate the user’s choice of the device along with providing your new common features to everyone.

It is the 10th year of Apple Inc., and though we are talking about standard new releases of new phones and new operating systems, we are sure to get some 10th-anniversary surprises and be ready to enter into a new world of media, communication, and entertainment. Look forward to iPhone 8 and iOS 11!

Next post Which Programming Language was used to Code Pokémon GO