Java vs. Python: What’s the difference 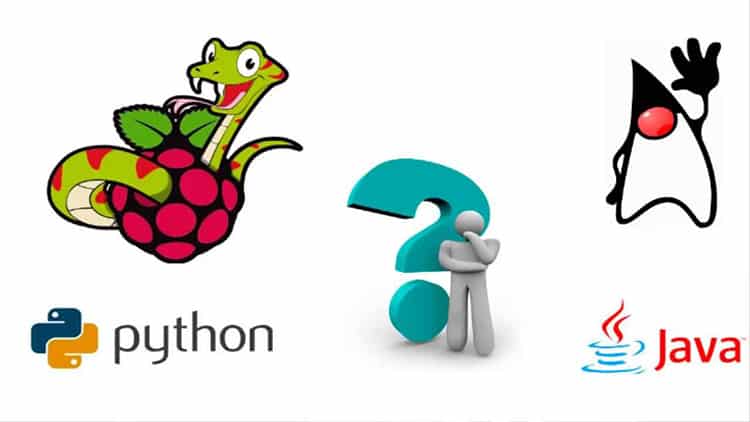 Java is a well-known programming language for decades, and now with Oracle support, it is developing further. Current version in use is Java SE 8, and Java 9, the next major version of this enterprise platform is launching in July 2017. You can get full-time employees as well as freelance web developers easily to work on this platform.

Python came into existence in 1989, and it is a widely used general-purpose programming language created by Guido van Rossum. Python is known for its design philosophy related to readability and a syntax of the language. Python has the influence of many other languages and it tries to eliminate the downside of traditional languages.

The biggest similarity in these two languages is related to their object-oriented design. They are both reputed for cross-platform support though Java is better in this case.

Java has always had a single large corporate sponsor; either Sun Microsystems or Oracle. Python ha distributed support and its whitespace set it a little apart from the mainstream than Java.

Both languages are compiled down to bytecodes that run on VMs, although Python does this automatically at runtime and Java has a separate program for doing this task.

The downside of Python is of not having type information. It is hard to tell what is going on at any given place in the code, particularly when the variable names are ambiguous.

Java is a statically typed language. The names in Java are bound to types at compile time via explicit type declaration. You can tell easily, what type of object has an association with which name in Java, which makes analysis task easier for humans as well as compilers.

It means that Java depends critically on well-designed types, while Python requires very little type design. Because of these features, Python is good for prototyping and easy learning.

Get the Work done!

Python lets that happen: it is a language that gets out of the way and lets you get the job done. You will get a feeling that it is a helpful assistant handing you tools. When used with appropriate discipline and testing, Python can easily scale to large applications and high-powered Web services.

Python requires no set-up on most systems. A full Python environment is already on every Linux machine, and on Macs and you can immediately start using the language. Java, on the other hand, needs a proper set-up with a specific version. Java support is also expensive, and configuration on Python is comparatively very easy.

Python does offer seamless type conversions that can make it seem that the concept of types is less strict than it is in fact. Learning Python 3 is good, but most applications are still in Python version 2.

Java 9 is going to add some great features, and while the world waits for Java 9 SE, it is a good idea to start using Java 9 preview code, test the same and contribute to the development of the language with a lot of self-learning. Enjoy Java 9 features!

Who should go for which Language?

Select Java, if you are a beginner and have never learned to program in a formal way. It is not just a question of understanding how the code works, what are classes, algorithm, flowcharts, libraries, functions, the concept of OOP and much more. Once you understand these details, you can learn any other language easily. On the other hand, if you have learned another structured or OOP language earlier, you can directly learn Python.

Python has a short learning curve and has tons of modules that do any job for you. It is less verbose than Java with a great community which is always ready to help. As many Startups are using this language, it is known as Startup language. Getting fast prototypes developed and delivered a project faster is possible in Python, and it is an open source language, so you are not paying any licencing fees per system. Your learning depends mainly on your need today.

Java was a big step forward from the earlier complex language C++, and many people rightly fell in love with it. Python is an even bigger step in the same direction. It is a human-friendly language for expressing your ideas in a form that machines can turn into reality. With all that information, Java developers should give a try to learn Python. It’s a great scripting language for automating repetitive tasks. You can get a lot of freelance work and it also a well-embedded language for Java applications. It is a great alternative available to Java in many situations. Learning one OOP language is always good if you want to be a good programmer for the long run.