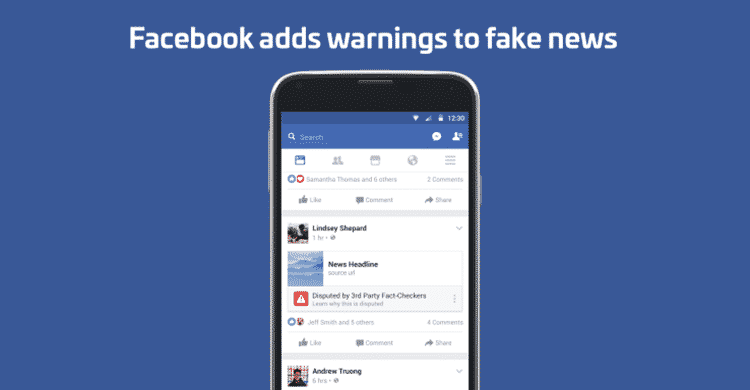 From presidential elections in 2016, the fake news and their impact have become a topic of discussion, controversy, and arguments. Let us see more details about this issue, the impact, and technology solutions. It is interesting to see where the technology solutions can work and where there are limitations.

What are Fake News Websites?

Fake or Hoax News websites are those who publish stories which are not real and use social media networking sites to propagate them. These misleading acts are spreading all over the World, and Facebook decided to act against it for their Social Media platform. From the time the discussion started, it remained a controversy, and Facebook CEO Mark Zuckerberg made several statements about it. The sites are originating from multiple countries including the United States and Russia to name the big ones. You might have read about it on the sites sharing freelance tips.

In Dec’16, Facebook declared more specifics about their efforts to curb the fake news. They did a partnership with some fact-checking groups and leading names in the publishing industry. The Poynter International Fact-Checking Network is the name discussed in this regard. It is not a paid initiative by Facebook but the fact checkers will get highlighted, and they will get an increased web traffic as a result of this partnership.

The fake news became the centre of attraction when during the recent elections, many such fake groups and websites published stories about the contestants. The motive was definitely to make people emotional about news and diversify from their political stance or support to a candidate. The stories were published and shared all over the world, and the ‘viral’ stories were found to be fake after 24 hours. The fake news debate in the US is also analysing whether there was an effect on the presidential election results.

The role of Internet & Impact of Social Media Sites

Till the blast of Internet, all news were going through the new reporters, got edited and then published in media. With the Internet acting as a medium, there is no manual editing on the news, and there is no control of media over what is getting published. Any rumour, hoax, totally fabricated stories can be published with fake names and from fake websites.

Google also jumped into this war and said it would cut these sites from advertising into their network. Facebook denied any impact of fake news on their platform in the US elections but at the same time started action against such news. As Internet news is becoming a prime source for many people, the giant companies like Facebook, Google and Twitter will be under pressure to make sure, they find out the ways to curb the spread of fake news on their platforms.

The Social Media is an easily accessible media to everyone with no control on what you can publish and publishing any real or fake news became very easy. When this seems to affect major political decisions and events, the issue has become critical. News Publishing was not an easy job before the spread of the internet. The print media, especially newspapers had a close control on it. Now, it is an open ground for anyone to enter into this business. The problem is there, but no-one knows how big the problem is?

There was a controversy earlier this year about Facebook’s trending news feature. They had a team of journalists to curate the trending news box on Facebook. One editor disclosed that this team was regularly suppressing stories biased in a conservative direction. It resulted in the termination of the entire trending news team. Now, the software has replaced this team, but the problem is, software can’t identify the difference between real and fake news. Facebook doesn’t want people to see them as a politically biased company.

There were two approaches discussed over the fake news issue and banning fake news was one of the options. As it is not easy to take a call on fake news vs. real news or semi-fake news, this approach was not very practical.

Facebook boosting high-quality news was another suggested approach to suppress the less reliable news. Facebook being a technology company, is trying to deal with these issues using advanced technology. Changing the way Facebook shows any URL (link) is also an approach discussed to fight against the fake news.

With all above controversy and issues related to people vs. software, the ultimate result is Facebook labeling such news stories as ‘disputed.’ The flag denotes disputed content with the name of an independent third party source who has proven the story to be fake or inaccurate. The label doesn’t show up in your search results to avoid people searching for such fake news. The label shows up in your Newsfeed, though. The freelance websites will focus on this topic being a new feature added to the Social platform.

The controversy from 2016 elections is handled very carefully by Facebook, and they have come up with this approach. Instead of taking the role of a decision maker, they have linked this news with the companies, who has their job as truth finders and curbing the fake news. This new feature was announced in December’16 and has started appearing in the News Feed now. We can see more such updates shortly.

Facebook’s decision to label fake news as disputed is in line with their approach to the controversy we saw in the above article. Big players in the market like Facebook, Google and Apple acknowledged that they know the issue and they agree that they have a role to play here. The Politicians and supporters widely use social Media, and if the news is biased, that will directly affect Facebooks users in large number. So, in the interest of their own business and society at large, the step is a good move towards some control on the fake internet news.