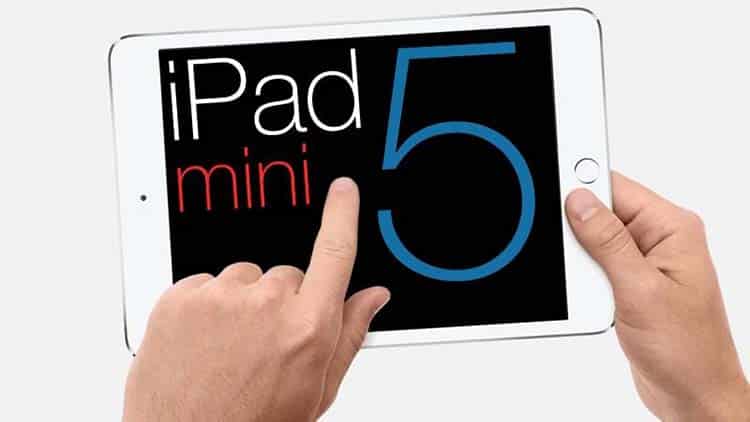 With Apple’s tradition of yearly new release, iPad users are expecting iPad Mini 5 this year and very soon! The product may be called iPad Mini 5 or iPad Pro Mini and expected to launch this month itself. There are product range changes happening at Apple, and we are not sure whether this product is a priority in their tablet range, but hope for the best!

Many sources say that the design will be much similar to iPad Mini 4. You can expect a slim (expected to be between 5 mm and 6 mm) iPad with an additional colour of Rose Gold. The standard black and white colour models will be there. The dust and water resistance is added to iPhone 7 and may be added to iPad Mini new version also, but it is not a ‘must have’ feature.

Like any other new product, when the features get discussed on different freelance websites and forums, some are rumours, some are from reliable sources, and some are only on user’s wish list. The Screen Display is likely to be 7.9” Retina ready IPS with expected 3D Touch.

The resolution will mostly stay at 1536 x 2048 and with the screen size that would be very high quality. True Tone is a feature which adjusts colours according to the ambient light, and that is a likely addition to this model. D Touch, a pressure-sensitive technology, the fingerprint sensor is most likely to be there.

The iPad Mini 5 may also have aluminium chassis, just like the iPhone 5 and 6. Earlier it has been seen in the iPhone 5 and 6 models that Apple launches new features which are never seen in any other previously launched models.

The iPad Mini 5 is also expected to have a flexible display along with 3D touch technology sensors. This display is very advanced with the high graphics and an impressive resolution.

The battery will be 5,124 mAh. The Flash feature is likely in the Camera, and front camera will have the Retina flash. Rear camera of 8 Megapixels and a Front camera of 1.2 Megapixels even if we consider it same as iPad Mini 4. Any addition to this feature will be a bonus for users.

Memory will be 32GB/64GB/128GB. If the launch happens as per all rumours and expectations, the Operating System will be iOS10, which is the latest version. If for some reason it gets delayed, you may see iOS11. The processor will be A9 Co-Processor or A10 Fusion, and RAM is supposed to be between 2 GB and 4 GB. The freelance web developers should take note of these features as it affects their work directly and they can code as per new hardware specifications.

Apple always reduces the price for old models when the sale for new model starts picking up and the current price range mentioned is speculative as well as calculated as per earlier models. The expected price range for 32 GB model is less than $400, and if you are expecting it to be 4G compatible, then the price will be $500+. For 64 GB model, the base price will be near $500, and with 4G, it will be close to $600. The release may not be worldwide together, and the country-wise release dates can differ.

The Apple Spring Event can take place on 28 March, a day before the Galaxy S8 launch, or on 30 March, the day after. Some sources also say that the iPad Mini launch event may happen at the Apple Park Head Quarters on 4th April. The date speculations are on completion of Apple iPhone’s ten years and last year events. Apple iPad Mini 4 launch was on 9th September 2015, and Mini 5 is due now. Apple did three launch events last year and likely to be doing more this year as it is aggressively launching new products.

You know about the Queue outside Apple stores on the day of launch and all hype it creates in the market. There are millions of Apple fans, and they eagerly await any new Apple product. Even if there are no significant differences in Mini 4 and Mini 5, the launch of Pro Mini 5 may give pleasant surprises. Keep reading these blogs where you always get to know about latest technology and freelance tips. Though the earlier new releases were in September, this release is likely to happen before the end of this month.