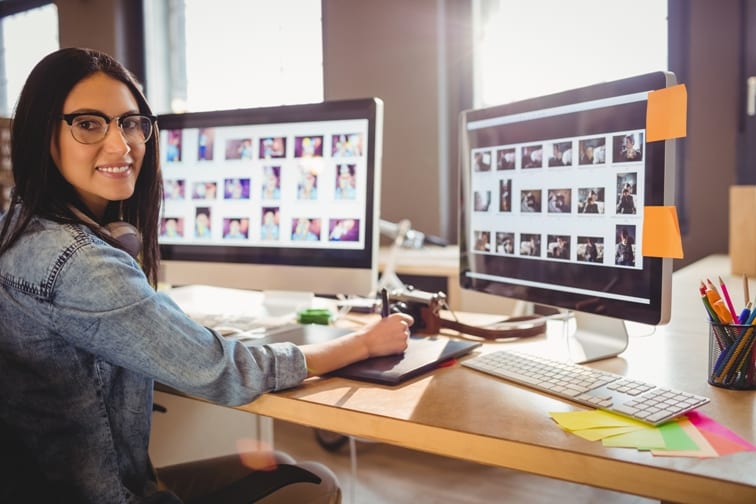 If you have an interest in and a flair for overseeing visual presentations, a career in art direction – which includes many different industries – might be a good fit.

Art directors work in a variety of industries, including print publication and interactive design. They also hold jobs in television and movie productions, designing production sets and overseeing the overall look.

In addition to hands on work, directors often oversee the work of others.

A career in art direction typically begins with the most important aspect of all – a desire to create art and the talent to do so. For those who also want to look down the road at potential careers and job duties, the following are some of the areas in which art directors work.

One of the most important things to realize about an art director’s position in the 21st Century is that employers no longer want the work to be focused on one medium. These days, art directors are expected to have knowledge and skills across a variety of media platforms, from print to social media and video, according to Rache Gogel, design director for GQ magazine.

The largest percentage of art directors – 15% – work in advertising and public relations, according to the U.S. Bureau of Labor Statistics (BLS). Next are newspapers and periodicals (5%), specialized design services (4%) and television and film production (3%).

Another important aspect of a career in art director: a majority of them (57%) are self-employed, according to the BLS. It’s a good career for people who want to be their own boss as a freelancer.

Depending on the industry, art directors will do a wide variety of jobs. However, there are some things that usually remain consistent across all industries.

Art directors, first and foremost, must take whatever the concept is – a television commercial, a magazine article, an online ad campaign – and determine the best way to visually represent it.

They also will typically pick all the visual and design elements, or at least sign off on the ones chosen by those working for them. They also must coordinate projects with other department and often help set timelines for project completion and then ensure the deadline is met.

The number of art directors is expected to grow by only 2% through 2024, thanks largely to contraction in the print publication industry. However, the BLS expects new opportunities to arise in online publications as more media outlets move their business onto the Internet.

Competition for jobs in this field is expected to be tough.

Success as an art director involves both education and experience.

According to the BLS, art directors typically have at least a bachelor’s degree in an art-related subject such as photography or fine arts. Those who wish to demonstrate they are ready for a higher-level, management role will go on to earn a master’s degree in fine arts.

Promotion to a director’s job usually only happens after about 5 years’ worth of experience working in graphic design, photography or as visual editor, depending on the industry.

In addition to artistic talent, those who work as art directors must have communication skills, leadership skills and an ability to manage their time – traits not always associated with those in creative fields. This combination of creative and practical skills is makes for the most successful art directors.