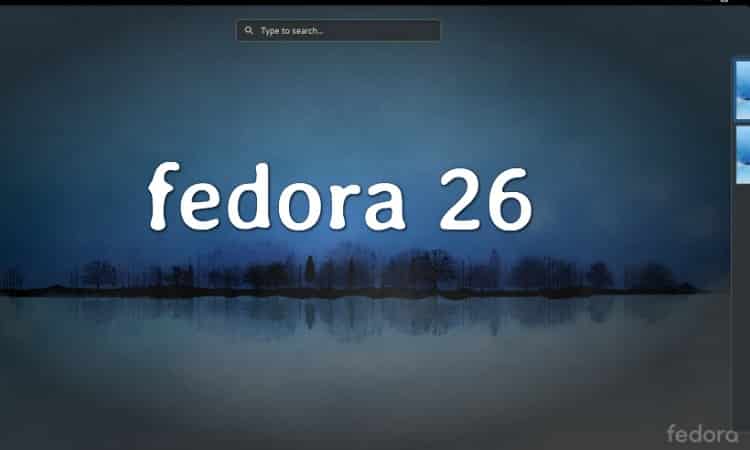 Fedora is a Linux based open source operating system. Fedora is a free to use secure general purpose operating system. The Fedora OS has a Red Hat sponsorship, and it combines with package software and applications to provide enhance ability and functions. Fedora releases its update after every six months and supports the previous version up to 1 month. Fedora is also noted for implementing which access control of all files. The first Fedora operating System is developed in 2003 as community distributor called the Fedora project. The Fedora operating system has short life cycle if new version release the existing version works up to 13 months you can also upgrade your version without reinstalling. Fedora provides a set of repository services via RESTful APIs using modern web standards. It provides no restriction and store, preserves, and provide access to any file. You can find freelancers with RHEL knowledge, and it is possible to get certified freelancers also for this OS.

Fedora 26 released on July 11, 2017; it has strong security patches and various software upgrades. Fedora 26 workstation has a base of GNOME 3. The various upstream softwares got combined with fedora 26. It modified special use case like the design, security, and robotics and it also takes advantages of new Python classroom. You can also create an instructional designer environment or traditional installation. There is fedora cloud base that is useful for EC2, open stack, and other cloud environments. The Fedora 26 has multiple packages explained below. Fedora 26 consists of the latest version of GNOME 3.24 and DNF version 2.0 available in this release. It upgrades PHP latest version 7.1 and superior Ruby development platform using Ruby 2.4. It upgrades the package of Python 3.5 to 3.6 and also upgrades the package of OpenSSL to version 1.1.0. You can find freelancers working on this Operating System as well.

GNOME changes display colour temperature because it has the feature of Natural light Filter. It helps to prevent eye strain and sleeplessness. In the setting panel, it shows update for printers, User, and online account. It has a feature like export and print shopping list, add and edit your recipes, add notes to recipes, adjust quantities based on the number of serving.

The Adwaita theme looks closer to its GTK counterpart and contains many improvements. QT has dark and high two variants ported. You QT app switch if you switch dark or high contrast Adwaita.

Fedora26 consists of the latest version of LibreOffice 5.3 which adds many features to this OS. Using this in the Fedora you can preview experimental new NotebookBar UI. It also has a text layout engine which checks consistent layout on all platforms.

How to Updates Fedora 26?

Fedora 26 makes a lot of improvement in latest version such as portioning tools, better debugging, group information, and best DNF package manages. The new version always winds up with a reliable and stable instance.  Once you update your Fedora 26, you can check out all exciting feature of this version. You can still hire freelancers working on this OS.

Backup your system and update software:

Install DNF Plugin: Install the DNF plugin first and then type next command

Start and update with DNF: Take your back up using installed DNF plugin and then update DNF using following command.

This command is useful for downloading all of your upgrade on the machine locally. This DNF allows to remove packages that may block your system upgrade.

Using the previous command, you can upgrade your system, and now your system is ready for rebooting. Boot your system while upgrading use following command.

Once you type this command your system restarts. With the dnf- plugin-system-upgrade package your system installed on the current Kernel using this command. After selection of the current kernel screen, your system gets upgraded. Once you restart the system, you will see the new fedora 26. You can hire freelancers who have complete knowledge of operating system

In the first part of the article, you get a basic knowledge of Fedora operating system. It is open source and secure operating system using you can perform high quality of work such as this operating system mostly used in NASA and supercomputer. You can also get information regarding Fedora update and release and know how to update Fedora 26 using the command line.

Next post How Much Does It Cost to Make an App