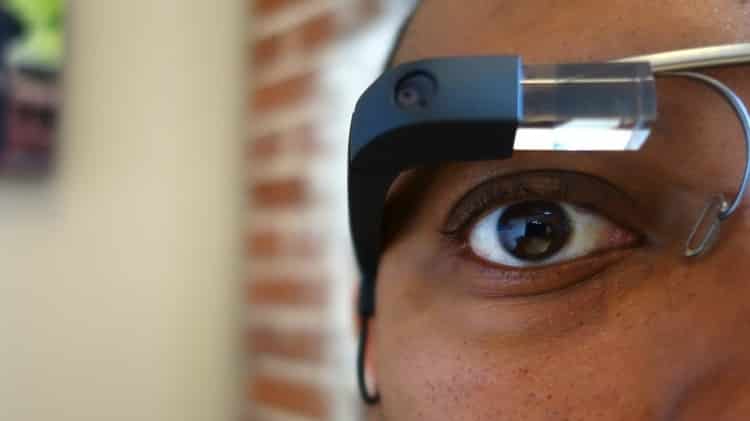 The Google X developed Google Glass, and it is an optical head mounted on display in a shape of a pair of eyeglasses which has the aim of producing a ubiquitous computer.  It displays information in a Smartphone like a hand free format. It communicates with the network through natural language voice command. On 15 April 2013 Google glass qualified Glass Explores in the US for $1500 for a limited period.  Camera feature got added to it on May 15, 2014. Due to privacy and safety concern it received a lot of criticism, so Google announced on January 15, 2015, to stop production of Google Glass prototype. Whichever service is in high demand, you can get freelance services for the same.

The latest enterprises version of Google also consist of Camera, and it has red LED, and you can turn it on when video recording starts. The system also comes with better wireless networking, and ability to work with prescription Glasses. It is available with specialised partners that also sell customised software with a focus on job productivity and for sorting packages workers at DHL use Glasses. For worksite instruction, GE depends on hardware. Sutter Health also uses Google Glass to help doctors during their patient visits. For tracking various animals and birds in Jungle Nepalese army currently, uses Google Glass. To overcome limitations arises from chronic vision condition a visually impaired cancer, Yonattan utilised Google Glass technology.

The team of the Google Glass works amazingly by managing all its features into a tiny computer which has strong and light weighted frames. It is the package of Bluetooth, Wi-Fi, GPS, microphone, touchpad, camera and gyroscope that detects head tilts. The size of the screen is like a finger that shows you all information at your fingertips.

Google Glass has voice input which is the most interesting feature. The Google now and built in microphone both have a direct connection with search Engine. By simply giving a voice command it can just take Photo or record a video. Simply swiping the touchpad which is present at the right side you get menus such as registers your selection.

If you are Google glass users, then you need not move here and there for Camera and keep your memories in the form of videos and pictures. By turning on the settings of your photo apps and it captures every moment with a snap. You can also capture videos, and of Course, picture quality would not be comparable to a DSLR Camera, but you don’t miss a single moment.

The Google Glass consists of the GPS chips that will help you to navigate anywhere through Google maps. The Google Maps also available in Smartphone’s that are very useful while driving to the unknown place, countryside, and through crowded streets.

Initially, the weight of Google Glass was 8 pounds whereas the new version is light weight, and it is available in five colours such as sky, cotton, shale, tangerine, and Charcoal. Google Glass consists flexibility in design with different frames and lens shapes. Post Freelance Jobs Online in which you are expertise.

Google Glass works with Android as well as iPhone. Google Glass dependent on the Wi- Fi or mobile connectivity to deliver its features and also consist of GPS chip inside.

It shows social network notification when paired with your smart device and also communicates with same channels as you would do it on the computer. Because of this, you can concentrate on a task, and it removes the need of looking continuously at your Smartphone.

The predictive software of Google now shows you live information. When you are leaving from home the Google Now on Android jelly Bean warn you about traffic. All that features are available on Android with Glass. Google Now cards in your calendars show you next appointments, birthday, and restaurant reservation. Whichever service is in high demand, you can get freelance services for the same.

The Google Glass2.0 has longer battery life, lighter in weight, fast speed, and the updated version consist of the improved 8-megapixel camera. It also has features such as faster processor, more secure wireless connectivity and works with prescription lenses.

The Google Glass comes with the network of more than 30 expert partners. The platform Augmedix provides documentation automation platform for the health system. Aira and brain power which is most useful for the blind and neuroscience tools for autism and turmeric brain injuries. The new Google Glass 2.0 is known as the assisted reality device.

The Google Glass 2.0 has different industrial uses like manufacturing, field services, logistic and health care. It gives information to workers while they are busy and new wearable look just like the old Glass regarding design. Google Glass 2.0 plays an important role in liver biopsy, and pair stated that Google Glass has potential to improve operator comfort and procedural efficiency in the field of interventional radiology.

Next post How to Build Apps Using Google Glass