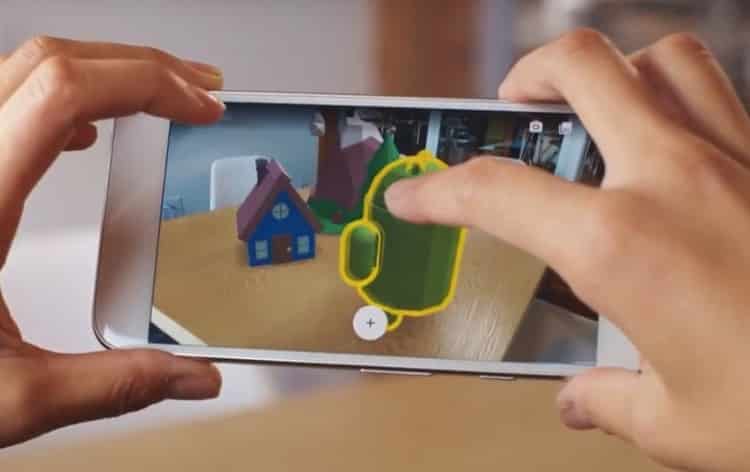 What is Augmented reality?

For augmented reality, Google announced the new developer platform that doesn’t require the hardware known as ARCore. The ARCore allows developers to develop AR apps which display a phone’s camera view and overlay digital objects. The Google began to make inroads in the AR space a few years ago with project tango, using which manufacturers implemented specialised equipment so that smartphones would be companionable with the features of Tango AR.

Nowadays Google concentrates on ARCore software development kit more than the Tango brand. Tango is not completely closed but Google is working on advanced cameras based on Tango technology. It includes an App that allows the users to add portals to hidden worlds to any physical surface and App that users throw digital objects and have them explode once they hit real walls or tables.  There are various job websites where you find freelance jobs online in these niche areas.

ARCore is useful to run the most of the Android phones with Google, making it available on its Pixel phones and Samsung Galaxy S8 at launch. Same like with ARCore Apple develop their platform that is ARKit for various iOS devices. Using ARKit developers can take advantage of the inbuilt camera processor and motion sensor of an iPad and iPhone. Google find the path for developers to bridge the gap between the two platforms. The company also allows developers to build AR experiences on the web that run on both platforms like iOS and Android which is powered by ARCore and ARKit. Google plans to launch 100 million of Andriod devices out in the world that support motion tracking AR capabilities. The gap between ARKit and ARCore is negligible both are reaching to the significant audience up to the end of 2017.

ARCore has three elements Motion tracking, environmental understanding, and light estimation. Whereas motion tracking finds out the locations of the phone based on internal sensors and video that allows you to pin object walk around them. Environmental understanding is useful for detecting the flat surface using the phone’s camera. To experience the virtual object in AR with accurate shadows in real life environment light estimation is useful.  Now Google comes in the combination of machine learning tech and AR stuff. The company launched the Google Lens that brings the real time computer vision technologies and you have seen it in an app like Google Photos into an AR magic Windows. In the whole world, the Android has the market shares of 80% to 90% to call that big opportunity be an understatement. Many of mobile phones do not use the ARCore technology but now Google plan to wide this technology in Mobile Phones. Google says that now this technology is compatible with only in Google pixel and Samsung Galaxy 8. The ARkit app will be worked in any iPhone 6S and later in iPad pro. Hire freelancers who have great knowledge in Google ARCore development.

Apple wants AP on any device regardless whether it has dual cameras or not whereas Google is pretty clear on the fact that ARcore is not Tango but it gives the Tango experience and reaches to the millions of device. When Apple says that it will deploy iOS in millions of device, it means it will act instantly and when Google says that then it will take time. Even if ARCore is available in millions of Android device, but still only some conditions are met like running Android 7.0, Nought. Android high level of fragmentation will turn out to the major problem for Google mixed reality. You can find freelance jobs online from various trusted jobs website.

Summary: In this article, you get information regarding Google AR core and Apple ARkit. Both have same features whereas ARcore is useful in Android mobile phones and ARkit is useful in iOS based mobile phones. Augmented reality is the combination of digital information with user environment in real time and in augmented reality all around you get added to a virtual object over it. The AR technology gives information about the surrounding real world of the user which becomes interactive and you can also manipulate it digitally.