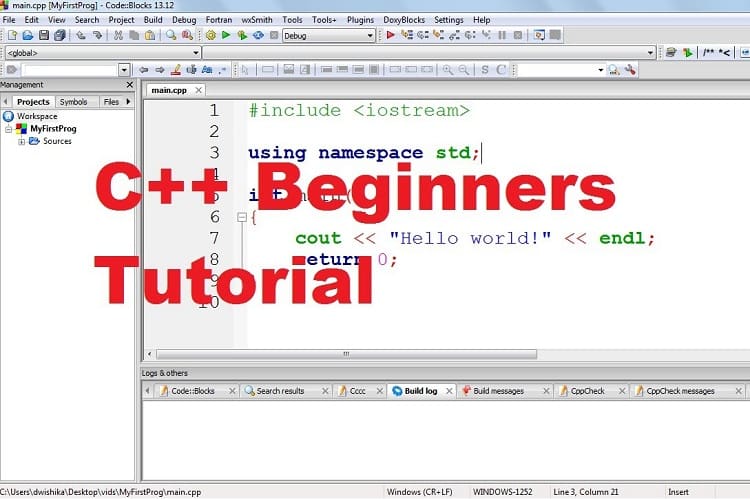 Each variable in C++ finds out the size and layout of the variables memory. Variable is the combination of digits, letters, and underscore character. The variable must begin with a letter or an underscore.

Declaration of a variable:

‘While loop’ is used to iterate a part of the program many times as long as a condition is true. If the number of iterations is not fixed, then the ‘while loop’ is better than the ‘for loop’.

A for loop repeats the part of the program several times. It is the repetition control statement that allows you to write a loop that must get executed at a specific number of times.

do….while is same as the while loop only difference is that in do while loop statement is executed at least once irrespective of condition.

C++ allows a programmer to use the concept of a nested loop. A nested loop is a concept of executing one loop inside another loop.

A function is a block of statements which in combination performs the task. Each C++ program has one main () function. Through function, you can divide your code.

a body of the function

The array is the collection of similar type of data type. The array allows code optimization, random access, easy to traverse data, and easy to manipulate data.

Declaration of Pointer in C++

Inheritance is one of the important aspects of object-oriented programming language. Inheritance is the process in which one object acquires all the properties and behaviours of other objects. The class which inherits the members of another class is called derived class, and the class whose members are inherited is called base class. You can find freelancers who have knowledge and experience of C++ programming language.

The word polymorphism is the combination of poly + morph it means many forms.

Data abstraction is the important concept of object-oriented programming which hides the background details and only shows important information to the outside world.