What Python Frameworks are Available for Test Automation? 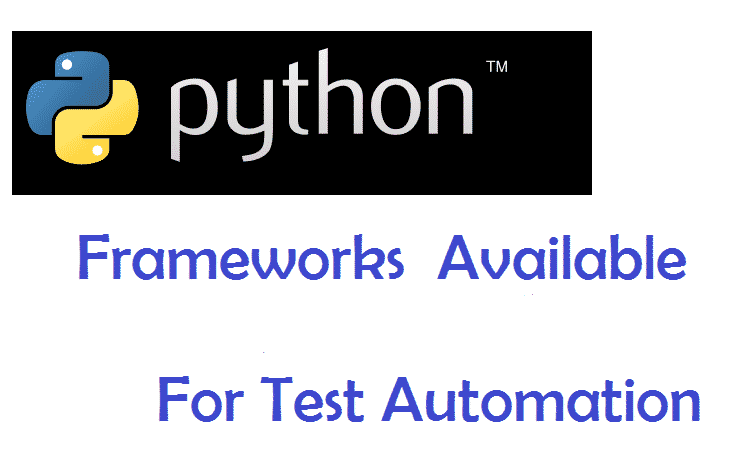 Those days of developing one’s own test framework have finally come to an end much to the delights of the developers. Previously, when a developer team used to take a project in hands and start developing it, apart from the real development of the modules of the projects, they had to build a test automation framework for the project. A test framework is supposed to have all the best test cases, assumptions, scripts, and techniques to run every code and module to detect the weaknesses and shortcomings. Different projects needed different test cases, assumptions, and scripts and that is why a lot of time was going to be washed in such development.

With the advancement of technology and advent of the automation techniques, there are several test automation frameworks available in the market which you can use to test any module of your project after altering certain parameters for the suitability and efficiency of testing. It saves time and since such frameworks are used worldwide, they are highly robust with widespread diverse sets of test cases and techniques to spot the minor weaknesses comfortably. Today, we are going to look at the Python frameworks that are available for test automation.

Robot Framework is the most popular Python framework for test automation. It is developed completely in Python and it is useful for acceptance testing. The framework is capable of running in Java and .NET. It also supports cross-platform like Windows, MacOS, and Linux. The product has been created by some of the renowned testers in the world and it has the keyword driven approach. There are so many tools and libraries available that make the framework advanced and robust.

It is an open-source framework and there is scope for API extension. The use of tabular test data syntax and keyword-driven testing has made it popular among testers across the globe. It is definitely the easiest test automation framework to use and it lets you do parallel testing.

RedwoodHQ is a popular testing automation tool and its popularity is due to the fact that most of the popular programming languages can be used to write tests such as Java, Python, C# and likewise. It has a website interface where multiple testers can collaborate and runs test cases on one accessible platform. The action keywords present in RedwoodHQ can be used to create and modify test cases effortlessly. All you have to do is find the action you need and drag it down to your test box and then enter the parameters and change their values for a complete report on the testing. There is an inbuilt IDE where you can create and modify test cases and run them in parallel. It is one of the most user-friendly or tester-friendly platforms and it takes complete care of testing for a major project.

Jasmine uses behavior-driven development framework for JavaScript unit testing. It is suitable for anything where JavaScript is present. Apart from JavaScript, it is extensively used in Python and Ruby test automation. Therefore, it enables you to run client side and server side test cases in parallel. It is a perfect test framework to combine client server unit testing together and it is considered to be the future of the testing world. It comes in ready to use state and there is no external dependency as such except the fact that it needs a test runner called Karma.

If your project is relatively small with less complexity, Pytest is the best test automation platform. It is liked by so many Python developers and they mostly use it for unit testing. It is also capable of acceptance testing for which Robot framework is famous. One of the best features of Pytest is that it provides detailed information for the failures in the test cases so that the developers can rectify the issue correctly and quickly. It is compatible with the latest edition of Python. It is also compatible with unit test, doctest, and nose out of the box.

There are various plugins available for including more features and variety to the existing testing techniques and test cases. As a matter of fact, there are over 300 plugins available from its active community. The platform is designed for writing easier code with fewer error possibilities. You can use Pytest with GUIs like Selenium and Splinter to make testing an effortless experience.

There is no ideal testing framework for any programming language. It all depends on the comfort level of the developers, the project requirements, and the type of testing required in a particular module of a project. There are linear automation, modular based testing, library architecture testing, hybrid testing, keyword-driven and data-driven testing automation frameworks available. Every framework has its pros and cons. The above-listed python frameworks are the best for an all-around performance for test automation.

Next post What Are The Major Differences Between PHP 5 and PHP 7?