What is an ERC 20 Token and How to Create Your Own? 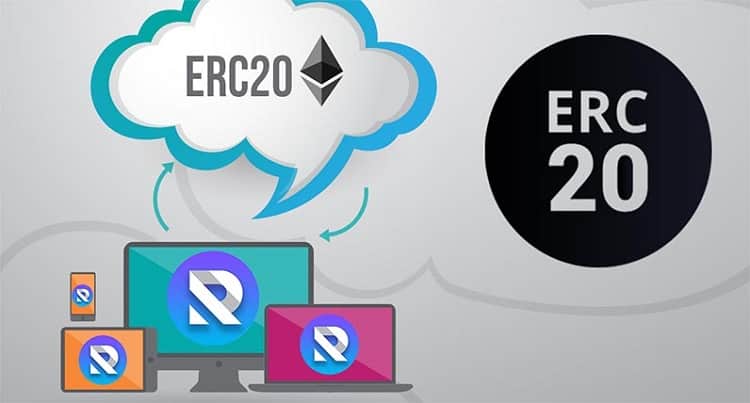 Though Ethereum is considered as a cryptocurrency, it is not technically a cryptocurrency. It is a platform or a blockchain system to create cryptocurrencies of a particular type called Ether. Ether is the currency native to Ethereum blockchain, but you can create different tokens in conjunction with Ethereum. Tokens are nothing but a representation of digital assets having a variety of values attached to them. Coming specifically to ERC20, it is a standard that set a common list of rules for the tokens to follow. This protocol standard helps the developers immensely to interact with the tokens because it set the relationship between tokens and addresses and ways to access the data stored in the token.

The concept of ERC20 was proposed in 2015 when bitcoins hit the market. The reason behind the development of ERC20 is that bitcoins restricted the developers in a lot of ways. ERC20 just defines the protocol and let the developers program the functionalities of the tokens within the Ethereum environment. With the release of the concept, it became extremely popular among crowdfunding companies primarily due to the ease of deployment as well as easy operation and interaction with other Ethereum tokens. Today, there are more than 83,000 ERC20 token contracts available. The most successful of them all are EOS, Filecoin, Bancor, Bankex and Qash all of which have managed to raise over $70 million individually.

What Does ERC20 Actually Define?

ERC20 is an essential part of the Ethereum environment that helps the developers develop new tokens following the defined standards. It also helps them to understand how the other new tokens will function and interact in the system effortlessly. Therefore, the need for modifying the projects for adjusting with every newly released major token is no more there. ERC20 defines six functions for the tokens within the Ethereum environment. The basic functionalities of how tokens should be transferred and how the developers can access data are defined. Along with that, the signals each token should send out, and other tokens should attune are also defined. This ensures that all the wallets that are attuned to ether currency can support ERC20 token.

If you are wondering why you need ERC20 tokens in spite of the fact that there are ether to take care of all works, you need to dig deeper. In our life, we need to deal with various tokens like when you go to an amusement park, they take your money and give you a band so that you do not have to pay every single time for different rides and you can just show the band and get a pass. This makes life far easy than having to buy tickets repeatedly. A token is required to make things easy for specific purposes and get the jobs done smoothly.

How To Create Your Own ERC20 Token –

Since creating an ERC20 token is rather simple, everyone is trying their luck to come up with an ERC20 token that can be successful and they can make their fortune out of it. It is rather easy to get millions of dollars from the investors with you portray the use of your smart contract based ERC20 token to be something really revolutionary.

Components – There are precisely four different components required to build your own token. They are Ethereum address, some Ethereum, text editor and Solidity contract. For the first part, Ropsten Test Network is an ideal choice, to begin with. For the text editor, you can choose between Sublime Text or Atom.

Once you have them, all you need to do is download a coded smart contract from the internet, and there are many you can get. After downloading, you have to open it with the text editor, and you have to start modifying. It is essential for you to learn and code in Solidity before you can understand and modify the code to create your required token.

You will not find any problem in finding codes of smart contracts as most of them are open source and GitHub is the heaven where you can search for it and download it for free. The hardest part will be editing the code and adding your own touch. You need to have a clear vision of what you want to create. You can go through various ERC20 tokens created to come up with new ideas. Then you have to transform your ideas or features you want into coding so that you can get exactly what you are looking for. If you are creating similar ERC20 tokens, it is of no use because either the idea is already rejected which is the case with most of the free things you can down from GitHub or it is already a hit, and there is no scope for the duplicate to grow.

Once everything is done, you have to provide a name, a symbol, and support for your token and press create. Then you have to deploy the token and go to some crowdfunding sites to pitch your idea and wait for investors to bid.

Next post What Programming Language is Spotify Written In?

Previous post What Programming Language is Ethereum Written In?