What is SAP ABAP Programming? 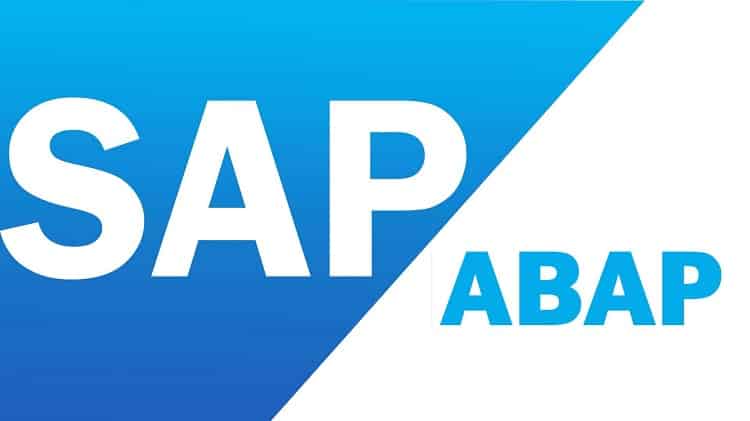 ABAP belongs to the fourth-generation programming languages, and it started as the report language of SAP R/2. It is primarily used for building mainframe application for financial and management accounting. The language helped to integration independent software applications. Then SAP SE developed platform named NetWeaver to support both Java and ABAP and the rise of ABAP began.

Currently, SAP developers use APAB to develop their application of NetWeaver platform. In fact, there are many who prefer ABAP over Java as it is most advanced and developer-friendly. On the other hand, SAP customers are using ABAP to modify the functionalities of SAP applications. In fact, SAP NetWeaver ABAP platform is the most popular among SAP NetWeaver Java, SAP HANA and SAP Cloud Platform.

There are many developers who work with SAP customers to modify SAP systems besides maintenance. Some of the popular ABAP development tools are Eclipse via a set of plugins and ABAP Workbench in SAP GUI. Eclipse is the least preferred as it is an open source Java development platform. However, Eclipse has a set of robust tools to assist easy development. On the other hand, SAP GUI’s ABAP Workbench is also advanced with code completion suggestions and testing automation. Besides, SAP Solution Manager manages the lifecycle of ABAP code.

ABAP Workbench contains various tools for programming. ABAP Editor is the most used for reports, module polls and all the other types of ABAP programming. ABAP Dictionary is used for processing database table. Menu Painter is used for designing the user interface which is quite advanced and developer-friendly. In fact, it is one of the reasons for the popularity of the platform among developers. Apart from these, there is Screen Painter for designing the flow logic which is an integral part of model pools programming type. The function builder is another popular tool along with Class builder. Therefore, there are a lot of things which require less effort due to these development tools.

No programming language used to develop business application can stand alone. ABAP is not an exception. It has Open SQL, logical database connection, internal tables, security factors, data directory, CTS and shared development system and much more. Open SQL has SQL syntax, and it is a part of ABAP language, and the ABAP runtime environment converts it into native SQL for database usage. Open SQL is very similar to Microsoft’s LINQ. ABAP is integrated with SAP NetWeaver’s security infrastructure. Data Dictionary stands for business logic for all the ABAP programs in the system. Moreover, CTS keeps track of the changes to the development objects in the production environment.

After understanding the evolution, the development tools, and the infrastructure of ABAP, it is time to look deep into ABAP programs. Unlike other programming languages, ABAP can either be an executable unit or a library. There are two types of executable programs possible in ABAP, and they are reports and module pools. Reports have a simple programming model where the users enter input parameters, and it gets translated into a report which is generally an interactive list. These reports can be designed to modify data in the list-oriented nature.

Besides, among the non-executable programs, there are various types such as Include module, Subroutine pools, Object classes, Interfaces, Type pools, and Function groups. In general, ABAP programs consist of statements having keywords. The statements can be more than one line, and they end with a period.

ABAP programming to print will start with Report TEST. The full-stop marks the end of the line instead of the common symbol semi-colon. To print a sentence, the keyword is WRITE. Therefore, to print Hello World, you need to write on the second line Write ‘Hello World’. There is something called chained statement whereby the keywords of each statement will have the same keyword at the beginning. For commenting, an asterisk is used for a line whereas for commenting any part in a line, double-quote symbol is used.

ABAP programming is whitespace-sensitive, and therefore, the developers have to be extra careful though the editor takes care of it mostly. The data types available are an integer, packed decimal, floating point, character numeric, character, date, time, hexadecimal, and string. Inline declaration and explicitly typed declaration are allowed.

Next post What is a Daily Standup Meeting and is it a Waste of Time?