What is KNN in Machine Learning? 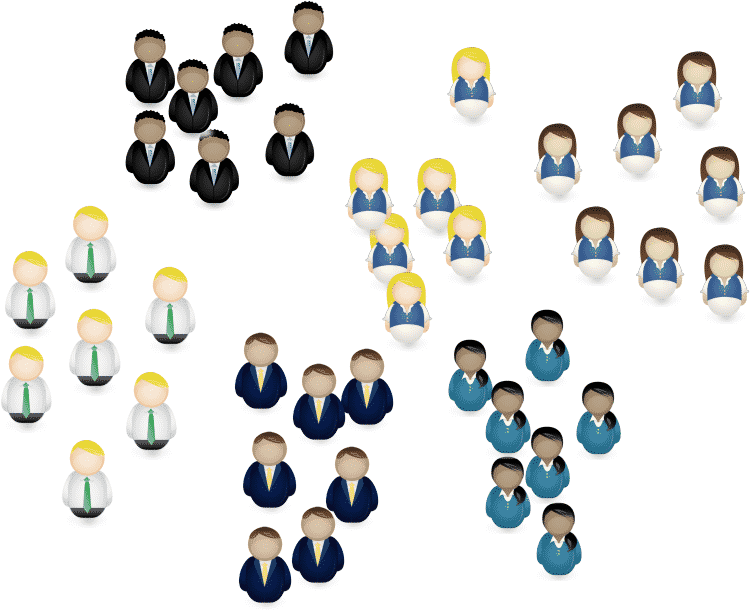 We all know how popular Artificial Intelligence has become over the last decade. Machine learning is one of the most popular approaches in AI. It has become an integral part of our life as it can execute the complex task with ease whether it is identifying human handwriting or driving cars. With more data available, machine learning is sure to take over the world in almost all industries. In machine learning, the KNN algorithm is widely used among all the other algorithms available. KNN stands for K-Nearest Neighbors. It is used specifically for regression and classifications problems.

Technically speaking, the K-Nearest Algorithm is a non-parametric method. It is also referred to as a lazy learning method. But it is an instance-based learning method. In fact, it belongs to the simplest of algorithms in machine learning world. KNN algorithm uses collected data and classifies new data based on similar parameters. Besides, the votes of its neighbors are taken into consideration during classification. The greater the number of nearest neighbors, the greater is the accuracy. The votes of the neighbors refer to the weight assign to the nearest neighbors in comparison to the distant ones. The weight is calculated by 1/d where d signifies the distance of the neighbor.

KNN algorithm has no model except for the storing the entire dataset which is referred to as the training dataset. The data can be stored by various means, but k-d trees are the most used data structure in the KNN algorithm. It helps in easy and faster lookup and matching the new patterns become efficient and accurate. The training data is curated and updated as often as new data come along.

KNN algorithm performs better if all the data have the same scale. It is a good idea to normalize data in the binary range. You can also standardize data in case it has a Gaussian distribution. It is referred to as the rescale data. Another kind is referred to as missing data. Missing data refers to those data in which the distance between samples cannot be calculated. This sample of data can be excluded from consideration. There is another type which is called lower dimension data. In fact, the KNN algorithm is perfectly suited for lower dimensional data. For higher dimensional data, you can consider other machine learning algorithms.

Every algorithm in this world has some drawbacks because, in practise, no algorithm is ideal and universal. For the K-Nearest Neighbors algorithm, it starts to become inaccurate and inefficient when the number of inputs is very large. In other words, it is best suited for a limited number of inter variables. If there are two variables, the input space will be 2-dimensional. Therefore, we can also say that as the number of dimensions increases due to increase in input variables, the volume of the input space increases exponentially. At a very large volume of input space, the points are going to be far apart from one another. This leads to the problem of the Curse of Dimensionality where KNN fails due to the increase in computation complexity.

The Working Of KNN –

The basic job of the KNN algorithm is to make predictions based on the training dataset available. The predictions are made for new instances by analyzing the entire training set and finding the most similar instances. To determine which instances in the dataset are similar to the new input instance, the distance is measured. There are various ways distance can be measured, but the most popular one is Euclidean distance. Other distance measuring methods are Hamming distance, Manhattan distance, and Minkowski distance.

There are various other methods also available, and you have to choose one of them as per the property of the data and whichever is likely to sit the best with them. If you are not sure which one to use, you can always experiment and arrive at a conclusion as to which one you should use for the entire dataset. If the input variables are similar like width and height, Euclidean distance works the best. If they are not similar like height and age, Manhattan distance is best suited.

The KNN algorithm has been around for a long time, and there are different names given to it as per different disciplines where it is popular. It is referred to as case-based learning which is used to make raw predictions. If there is no learning model available and all the work happens at the real-time of making the predictions, and hence, it is called a lazy learning algorithm. If the algorithm makes no assumption about the functional form of the problem, it is referred to as a non-parametric algorithm. It is also used for regression problems which use the mean or median of the most similar instances.

KNN algorithm is used in concept search in software packages, in recommender system in advertisements and electronic devices. It is also used in security in the online world.

Next post Is A Custom-Built Shopify Theme Worth It?

Previous post How to Detect an SQL Injection Attack?