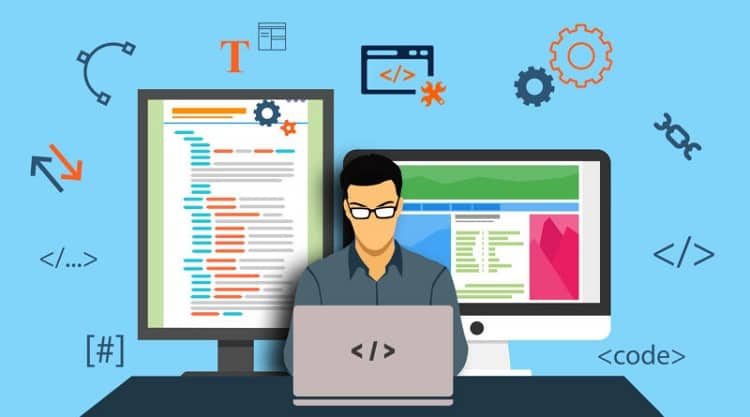 In today’s world, there is literally no programming language where the coding is done from scratch. Every programmer use frameworks to start small to big projects. From the name, you can understand that a framework gives a generic or specific structure to start your project. It helps in organized development according to the industry standard, and you get in the habit of discipline coding. Rust is a programming language that has been gaining huge popularity in the last few years. It is called the safe, concurrent and practical programming language. It supports both imperative procedural and functional paradigms. Many people draw a comparison between Rust and C++. But it is considered better than C++ in many areas. In fact, Rust won the most loved programming language in the Stack Overflow for the last three years.

First of all, the syntaxes of Rust are very much similar to C and C++ that everyone is used to and learn from school days. Therefore, getting started with Rust is no more a challenge. C and C++ are not memory safe and even some of today’s leading programming languages are not. Rust does not have null and dangling pointers and data race. You can check whether a pointer has some value or not. You can also manage lifetimes of pointers.

One of the refreshing change is that it does not use an automated garbage collection system as found in Java, GO and others. It uses RAII which has led to lower overhead and therefore, the memory management is robust. Apart from these, there are various other concepts like ownership, type system, and polymorphism that are relatively better than the leading programming languages.

But one of the biggest reasons for its success and popularity is the frameworks. The followings are the top Rust frameworks that Rust programmers love to code in.

Rocket – It is a web framework for Rust, and it is the most popular of all others. Doing justice to its name, you can create web applications faster than ever without compromising with any safety or flexibility feature. You have to write minimal code. The web framework is type safe, and it generates the less important part of coding automatically. It is very easy to use with the help of Rust’s code generation tools. It has built-in templating support for rendering any template instantly. Management of cookie is simple and robust. You can add, view and remove cookies as per your liking. The streaming of incoming and outgoing data makes it powerful and an ideal framework.

Besides, when it comes to configuring your project, Rocket is ideal, and it gives you the freedom for staging and production. It also ensures type safety while handling the query strings and various parameters. Lastly, the unit testing of your application is easy with its built-in testing library. The working of Rocket is also its strong point. It validates the incoming request and only when everything is right, it is processed as per the business logic, and the response is sent. This validation makes your application safe and secure.

Iron – After Rocket, Iron is the most used web framework of Rust. It is a super fast and flexible middleware-oriented server framework. It is highly useful in creating complex applications and RESTful APIs with ease. With the drag-and-drop system, module setup has got ridiculously simple. Iron was created with the aim of making it extensible and pluggable. There are no unnecessary features in Rust, and those features are left for plugins, middle-ware, and modifiers. These make Iron have new features and functionalities, and therefore, it is a paradise for the developers.

Middleware is used for controlling the flow of the Requests, handling the Request, check and validate incoming Request and do post-processing of them. However, their scope does not end there as middleware is used in routing, template rendering, authentication, mounting, asset serving, logging and much more. Iron provides all the infrastructural needs to create modifiers, plugins, and middleware.

Apart from these, there are many other web frameworks available which are getting popular such as Rouille and Pencil.

Next post What Is Corda - Distributed Ledger Technology (DLT)

Previous post What is Apache Maven and why We Use It?