5 Jokes Of The Week For Programmers 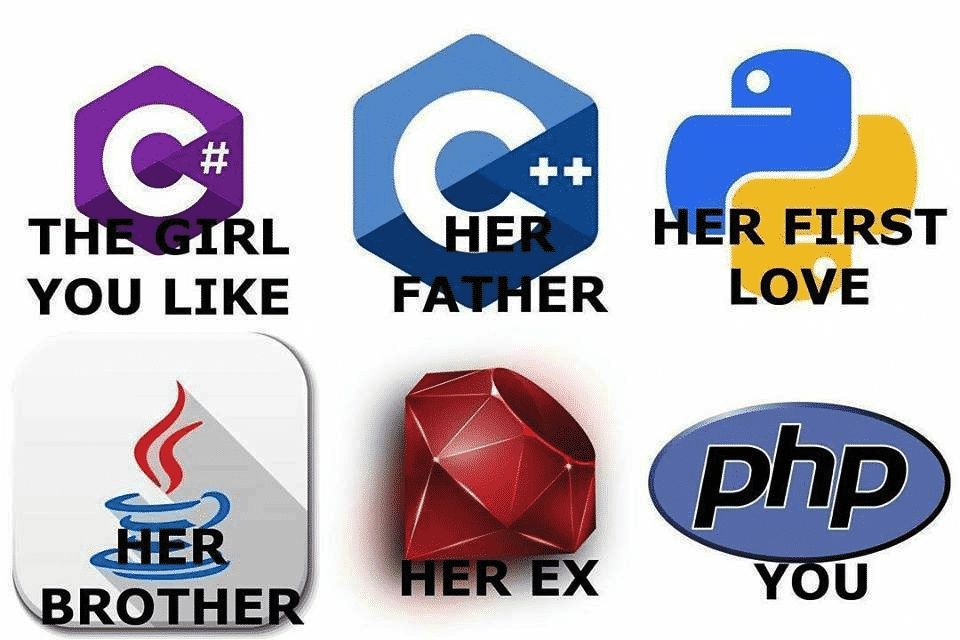 1. The Weekly Life Of A Programmer

It is said that the programmers live on coffee for the entire week. In fact, the intake of coffee increases from Monday to Thursday as the stress increases due to the nearing of the deadline. However, Friday is the only day, their minds can relax because the weekends are holidays. Therefore, on that day, alcohol beverages are must to calm their nerve down and lose themselves in the unreal world.

For the programmers, the counting starts from zero as they are used to it due to iteration in coding. Therefore, what is two for common people, it is three for programmers. In fact, they always make the mistake of showing two when they mean three. It is perfectly illustrated in the meme for the intellectuals.

Well, your crush is like C# which means everything is polished and attractive. Her father is C++ which is old-fashion and you need to put too much effort to impress him. Her first love is Python which is simple and modern. Her brother is Java which is complicated but strong. Her ex is Ruby which is jewel while you are PHP which is considered to be ordinary.

4. Who is A Software Developer?

When you mention software developer, what people think is that you are a repairer of computers. This means you can fix internet connections, hardware like printer, phone and likewise. There are some who think you made billions of dollars of software and apps and you can also secretly hack. Most importantly, they think they can call up any time to fix their problems for free. However, in reality, you are just a good Google searcher.

There are many people who claim to love technology beyond imagination. Throughout the day, they will always talk about what is going on in the technology world and claim to know a lot of stuff. Instead of falling in love, should not you do something to actually make advancement?

Stay tuned for more such programming jokes and memes every week.

Previous post What is the Difference Between BFS and DFS Algorithms