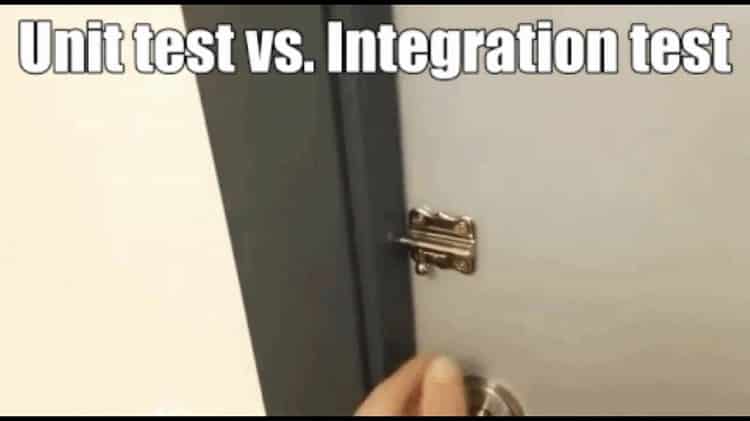 Unit testing is more like testing the individual parts of a computer such as RAM, hard disk, motherboard, monitor, keyboard, and likewise. Integration testing is a complete compatibility testing of all the hardware with the motherboard after the assembling is done.

The same is true for software where individual modules of a software application are unit tested, and then these modules are integrated to form the complete software. After integration, the entire application is tested to see if everything is working as expected or not. The following is the list of the differences between unit and integration tests that you should know about.

Purpose – The purpose behind unit testing is to ensure that each part of the program is correct. The test results pinpoint the specific errors in a particular module. The purpose behind integration testing is to ensure that the overall application is working as expected after integration or not. It is found more often than not that the modules are correct individually, but they fail to work together after integration due to compatibility issue and other technical issues. The integration tests help in finding those general errors. Unit tests verify the internal dependencies while integration tests focus more on external dependencies not to cause any issue in future.

Alias Names – The unit testing is referred to as white box testing as a tester needs to have complete knowledge of coding. Not just that, he should have an idea about the control flow of the module. The integration testing is referred to as black box testing. In this case, the code of the modules or overall application is not visible or mandatory to focus on. Instead, the focus is on the inputs and expected outputs.

Timing – The unit tests must be conducted before integration tests. This is because when there are no errors in the modules, only then you should integrate the modules. Otherwise, it does not make sense to integrate a faulty part based on assumption. An integration test, therefore, takes place after unit tests are done. However, it must happen before a system test. And the system test is followed by an acceptance test.

Scope – A unit test can only point out the errors in a particular module and of its functionalities. However, it cannot point of the integration level defects beforehand or the system level defects for that matter. The scope of integration tests is even more limited. A list of inputs is given, and the outputs are checked whether they are as expected on not. After that, there needs to be system testing to make it tested completely. Its main focus is on module integration, and it tests interface specifications.

Costing – Unit testing is very common, and that is why there are various tools available for unit testing at very less costing. There are tools like Junit, Nunit, TestNG, and likewise. On the other hand, integration testing is ignored by various small organizations as it is quite expressive, and designing the inputs needs a lot of time and a highly experienced professional team.