How Important is Software Developers’ Creativity for Companies 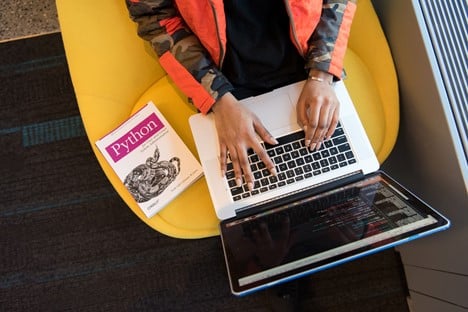 When you hear the word “software developer,” the first thing that comes in most people’s mind of coding, problem solver, technical individual, and others. While all these traits are true about most developers, there is one which is usually overlooked by not only the everyday people but also by the businesses and enterprises. Mostly at the time of hiring or choosing among multiple software developers, the companies tend to give more preference on the developer with a strong past experience in software development and how many years have they been doing this.

Even though it is a safe strategy as you will have tried and tested resources at your disposal, to get the job done, but this result-oriented approach may sometimes backfire. If you are only judging someone on tangible things rather than how efficient and creative they can be during the whole process of software development. In this way, you are not utilizing your developer to their full potential of your employees. If you give them the freedom and the opportunity to express themselves and show their creativity, that could prove to be beneficial for the company’s progress and business operations.

Out of the box:

Sometimes as a software developer, the conventional methods do not work as you want them to. You need to do things differently which would mean you need to have a different mindset to what most software developers have. A creative software developer will come with orthodox solutions to complex scenarios. This saves time that can be used to carrying out other business activities. It needs to be understood that out of the box thinking will not always work, but it will give a unique option to try when all other actions fail.

The job of the software developer is just to come in front of the computer and just code. He or she must also consider communication as, without it, their job would not be completed. For software development, there is usually a team of developers that can only provide an efficient result if they all work together. Knowing the art of communicating with each person in your team can be there if you have a creative mind that can help you deal with each personality in a different manner. If you are a senior developer and you have a team to lead that would just increase the importance of having these skills of adapting yourself and getting the most out of your team members.

Before starting the software development process, a person should understand what the client is asking for and expecting from the software. Before jumping on the solutions, the understanding of the problem must be spot-on, else all of your efforts will be counter-productive. A creative mind of a software developer comes-in as they would be able to better visualize of what will be the advantages of the software and how will it serve the purpose of the stakeholder. It doesn’t have to be only you. It is more than likely the client would have explained their requirements to someone else, but you need to ask the right question for making sure you understand what is to be done.

If you are a software developer, it is almost certain that you will have not only to write codes but write lines and lines of codes. Usually what a developer does, when they are in the zone, is just keep writing the code and not bother about the spacing, placements, in total, all the things would make sure that the code is easily understandable. It is good on odd-occasions when the code runs at the first compilation. Issues arise when there is an error in the code, and finding the code will be harder for the developer, eating up a lot of time. Whereas if there’s a creative software developer, they will have creativity in their code, making the code easier to understand, maybe also add comments. Making the debugging process a lot quicker. This minor attention on the part of the developer can go a long way.

It is very hard for the developers to admit that the software they have made is faulty and requires alteration since they have put in so much time and effort into it. They have to check for not only on the functionalities working properly, but also needs to make sure that they comply exactly with what the end-user is expecting from the software. Keeping all that in mind makes it a long list that the developer needs to check and resolve. As difficult a process as it is, it becomes easier and the person is more open to accepting their mistakes if they have a creative and open mind that is looking for an improvement in the software.

Creativity brings the best out of the person, as it give them the mental freedom to explore new avenues and things big, that will ultimately be useful for the company’s progress. Creativity in the software development process makes more efficient, resulting in greater client satisfaction.

Harper Torres is a Digital Content Producer at Creative Ideator, a software development company. She is well versed with the knowledge of technological trends, Mobile Apps, Internet of Things, and many more. She influences people through her impeccable Writing Skills and Engaging Content.

Next post Things to learn about bootstrapping by Eric J Dalius

What is the Difference Between a Software Engineer and a Software Developer? 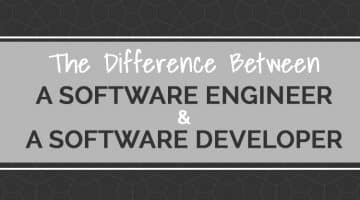