Exploring the Best – and Worst – Places to Set Up a Business 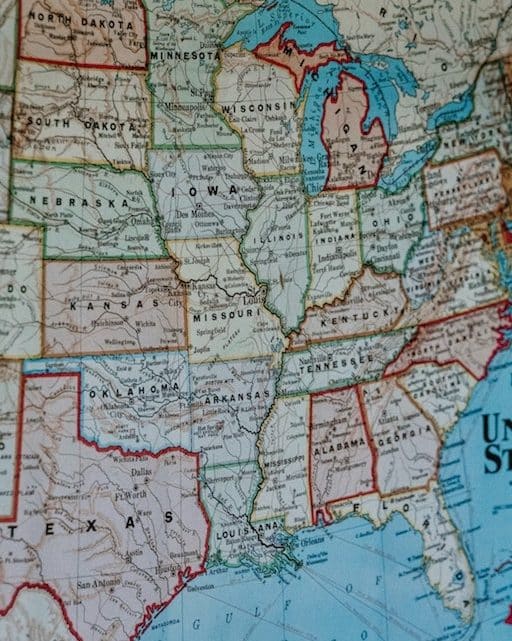 20 years ago, a senior executive at a global corporation was showing off his new Blackberry. “With this,” he said, “I can work from any beach in the world.” Two decades later, with more than 50 percent of Generation Z working freelance, we hear them saying the same thing – all they need is a 5G signal and a good data plan. Unfortunately, life is still not quite that simple and it’s no more true now than it was then.

Earlier this year, Tooltester.com ranked Dallas the best city in the USA for working as a freelancer. The judges were impressed by the number of coworking spaces and the cost of WiFi. Texas was also nominated top state to start a business by WalletHub. So if you’ve been pondering the best state to form LLC for online business, then the land of boots and hats should definitely be on your shortlist.

Texas is blessed with low taxes, a low cost of living and an economy that is second only to California. One caveat to keep in mind, however, is that much of that economy is still linked to the oil industry, so the Lone Star State faces the challenge of changing times ahead.

Most of us have harbored fantasies about living the dream in the sunshine state from time to time. Like Texas, Florida has favorable tax rules – no personal income tax, for example – and a reasonable cost of living compared with neighboring states. Fabulous weather and, with the exception of a couple of specific areas, low crime rates, add to Florida’s overall appeal.

Jacksonville boasts competitive property prices, around six percent below the national average, and WiFi deals as low as $25 per month if you shop around. It appeals to people of all ages. Plenty of those who graduate from Jacksonville University choose to stay around, while it’s also a popular retirement destination. All in all, it makes for a blended community feel to the place.

Here’s another city that’s going places. It’s been home to some high profile startups over the years, including Red Ventures, DealCloud, AvidXChange and of course Red Hat, which was famously acquired by IBM for $34 billion in 2018.

NC is a state that’s prepared to get behind its new businesses. The state budget has millions set aside for local businesses that meet the right criteria – for example, one silicon chip manufacturer will soon qualify for a $112 million injection if it makes the necessary investment itself, in terms both of financial investment and new job creation.

Cost-conscious freelancers will find Memphis hard to beat. The overall cost of living is around 30 percent below the national average, while the median home price is an almost unbelievable $123,800 – the national average is now more than $290,000. In addition, StateAsset.com confirms that the state of Tennessee has no income tax and does not levy taxes on interest and dividend income.

At the opposite end of the scale, living in LA is going to have a bigger impact on your wallet. Property prices, health insurance and other routine costs are above average. However, LA has the highest freelancer population in the USA and the sheer scale of opportunities means that the city was voted best city for independent workers in two separate studies by Zen99 and NerdWallet.

It would not be helpful to pinpoint specific cities or locations that are “bad” for freelancers. As a general guide, however, most find city, or at least urban, living more practical than the idyll of rural life, where basic infrastructure and considerations like a good internet connection at a reasonable price become major headaches.

If we were to look at specific states, Rhode Island has the above negatives plus unfavorable taxes for freelancers and startups. Likewise, Hawaii is a popular vacation destination, but the reality of basing yourself there to do business is another matter. High costs of living and very poor transport infrastructure can mean the dream rapidly turns into a nightmare.

It’s not just a case of avoiding remote locations. New Jersey seems, on the face of it to have plenty in its favor, with its liberal politics and a thriving economy. However, high costs, brutal taxes and the legendary traffic problems mean all the downsides of neighboring New York with few of the positives.

Next post How Free PDF Stamps Can Be Used In Freelancing