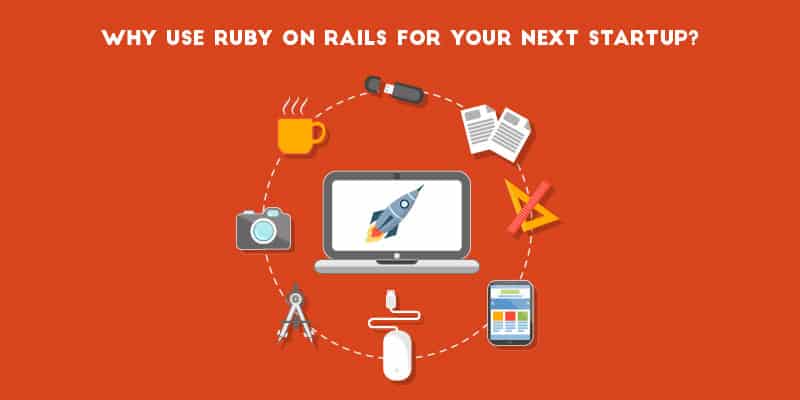 The ‘Rails’ is a framework to design and develop web applications using the ‘Ruby’ programming language. The happiness of programmer by making the language very close to common speaking language is a base of Ruby development. Ruby was different because it valued different things for programmer happiness.

The general purpose programming language Ruby was designed and developed in the mid-1990s by Yukihiro “Matz” Matsumoto in Japan. It is a dynamic, reflective and object- programming language. According to ‘Matz,’ Ruby has the influence of Perl, Smalltalk, Eiffel, Ada, and Lisp. It supports multiple programming models such as functional, object-oriented, and imperative. It also has a very active system and an intelligence of automatic memory management.

Let us see some reasons why to recommend Ruby on Rails for a Startup Client. Also look at the fact that a freelance designer working with you can also start working on the client design quickly as designing is very simple here.

1. An Easy to Learn Language and Framework

Rails are commonly said to be easier to learn than most languages because of its simple use of English-like syntax- and common language. Rails code is more readable, making it almost self-documenting, which avoids the time-consuming task of writing out separate comments or help text. Rails engineers can easily view each other’s code and know what is going on in a project.

And just like you don’t need to know how an engine works to drive a car, there is no need to learn Ruby to use Rails. However, just like hanging around a car long enough teaches you something about the engine, you’ll pick up Ruby as you learn Rails.

There are a few reasons why Rails is so great for beginners. The first reason is that Ruby is a good choice for beginners, so that’s a big win. Learning to code in Ruby is much easier than in other languages as the language is flexible and you can absorb the learnings quickly and don’t have to spend a lot of time in understanding syntax rules and complex terms.

Rails development is fast. The time required to develop a functioning and slick website in Rails is far less than the time it would take if you used another framework, sometimes by orders of magnitude. Due to this key feature, many tech Startups have emerged using Rails these days.

One of the underlying values of Rails is ‘convention over configuration.’ Rails apps come out of the box with many pre-set configurations and defaults that reduce the number of judgments the developers need to make while writing code. Making fewer decisions saves development time and also means developers will make better choices on the decisions that are important. Reducing decision fatigue is just one of the ways Rails makes developers more productive including any freelance web developer.

3. Rails has a Strong Focus on Automated Testing

The Ruby community has a strong culture of developers writing tests for their code. These tests are the lines of code that make sure the other lines of code are working correctly. The concept of code testing might seem a little vague to people who are not developers.

As any Software project grows, it becomes harder to keep track of all of the individual rules and requirements. The code defects could cause harm to your business regarding the loss of revenue and goodwill. Due to this reason, the automated testing makes more sense.

4. Rails is a RESTful Architecture

The characteristics of a RESTful application are:

• State and functionality gets divided into distributed resources
• Each resource is exclusively addressable using a uniform set of commands
• The protocol is client/server type, layered, and it supports caching

It is the architecture of the Internet and helps to clarify the popularity and ease-of-use for REST. Rails, as a framework, is inherently RESTful and makes building a REST API painless. It means when one day your service will grow and have to interact with the outside world, doing so in Rails will make that process far cheaper and faster than other frameworks.

There are many ways to hack a website and the Rails team always implements new security patches and features to keep Rails apps secure. The older versions are kept up to date, which is great for businesses who can’t afford to pay to upgrade their app to the latest version, but still want to keep their apps secure.

Apart from the obvious benefit of saving developer time, implementing security at the framework level helps ensure that security measures get enough attention, which is important if your developer is less experienced with web security concepts.

The take-home message for your business is that Rails is a very secure framework used by some of the well-known Companies like GitHub and Twitter. Rails are not the only secure web framework, but it has support from a huge global community who are constantly releasing updates to keep it as safe as possible.

6. The Platform is Free to Use!

If your company is on a budget (and Startups are always on a budget!), it may not be able to afford the licensing costs of conventional languages, especially when propagated on multiple devices at different locations and Rails comes very handy.

Rails thus represent big savings because it costs nothing to use by an individual or an entire organization. While Rails works on many operating systems, it can also run on Linux, which is open-source and free. It also works well with many free databases and web servers. Due to these features, it is easy to do freelance work using Rails.

Next post How To Build a Side Business While Working a Full-Time Job?

Previous post What Type of App Should You Build: iOS or Android? 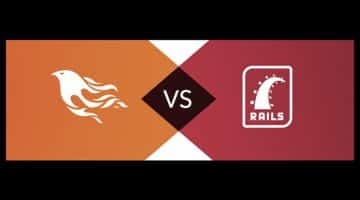