Why Startup Looks into IoT (Internet of Things) Space 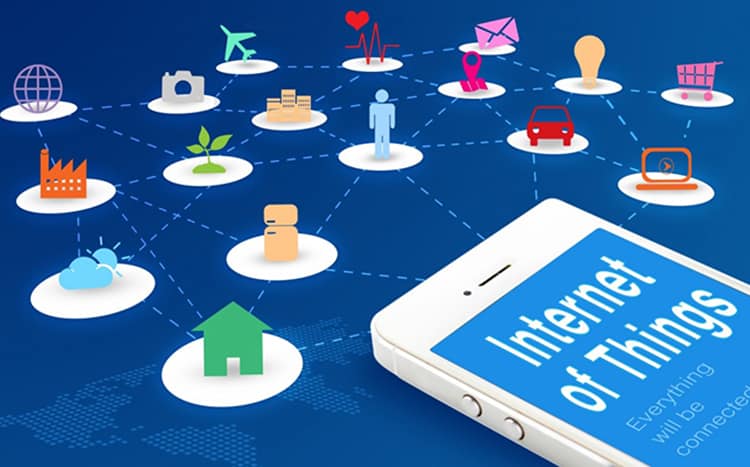 The Internet of things (IoT) is the internetworking of multiple physical devices embedded with hardware, software, sensors and network connectivity devices that enable these objects to collect and exchange data. The Global Standards Initiative on Internet of Things defined IoT as ‘the infrastructure of the information society.’

The IoT provides opportunities for direct integration of the physical world into computer-based systems. The purpose of this integration is to reduce human intervention wherever possible, automate a lot of work and improve the efficiency, accuracy, and easiness in operations. People are always finding opportunities to reduce the physical running around and carrying out the things using technology. IOT is taking this mindset much ahead.

When IoT combines with sensors and actuators (An actuator is a component responsible for moving or controlling a mechanism or system), the technology becomes a part of a physical or mechanical system. Examples of such systems are smart homes, smart offices and large implementation of IoT is expanding to the Smart City. All freelance websites, multiple forums, companies, and devices are getting connected with IoT.

Each item or each component connected to the IoT system is uniquely identifiable. There are expert estimates of IoT to connect more than 20 billion objects by 2020. Typically, IoT covers advanced connectivity of devices, systems, and services that go beyond machine-to-machine (M2M) communications and covers a variety of protocols, domains, and applications. The connection of these embedded devices is expected to usher in automation in nearly all fields.

These devices collect a lot of data with the help of existing technologies and then flow the data between different devices. Current market examples include home automation such as the control and automation of lighting, heating, ventilation, air conditioning (HVAC) systems, and appliances such as dryers, robotic vacuums, air purifiers, ovens or refrigerators that use Wi-Fi for remote monitoring.

As per a survey conducted in 2014, a large majority of the technology experts and engaged Internet users agreed with the notion that the Internet of Things, embedded and wearable computing will have widespread and beneficial effects within next ten years.

The IoT will consist of a very large number of devices connected to the Internet. The former British Chancellor of the Exchequer George Osborne once mentioned that the IoT is a revolution and referenced the inter-connectivity of everything from urban transport to medical devices to household appliances.

Any integration with the worldwide network implies that devices will use an IP address as a unique identifier. However, due to the limited address space available, objects in the IoT will have to use the address space available in the internet domain. The objects in the IoT will not only be devices with sensory abilities, but the actuation features are important as the devices need to operate, move, activate and operate different physical devices. To a large extent, the future of the Internet of things will not be possible without the support of Internet Protocol version 6 (IPv6) which is a set of specifications, which is an upgrade of IPv4. The global adoption of IPv6 in future years will be critical for the successful development of the IoT in the future.

The rapid growth of the IoT, along with Big Data, Cloud computing and mobile applications are forever changing our information landscape. As it continues to expand, it’s important to highlight that as more things, people, and data become connected, the power of the Internet grows exponentially. IoT is extremely useful for Real Time Applications (RTA) and monitoring also.

About 30 years before, there were only 1,000 internet connections throughout the world. Today, with the help of app-centric infrastructure, sensors and mobile devices, there are more than 10 billion connections, and this is still probably just 1 percent of what’s possible.

What are Indian IoT Startups doing?

Startups from India are not behind in IoT, and there are many looking at this space. They are entering into the remote connectivity, home automation, Office Automation, Industrial Automation using IOT platform. The developments have reached the stage of Startup products controlling any systems from home, car. Smart Driving, Smart Homes, Smart Shop Floors, Connecting all your content to TV, making cheapest diagnostic tools are the areas where many Startups are diving and exploring more areas, as the sky is the limit in this business. The development does not involve a lot of coding except the firmware coding, and freelance web developers are also able to control the IoT operations once set-up.

An example is, on a hot day in Indian summer, on the way home, you can start the Air Condition unit at your home and get the home cooled before you reach. If you forgot to put off some equipment at home, there is no need to rush back home now; you can switch it off from wherever you are.

Why are Startups looking into IoT?