Introduction to Julia Programming Language and its Features 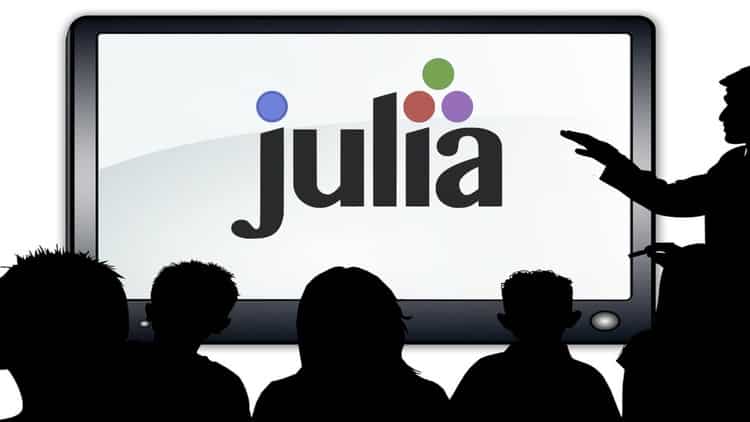 Julia is a high-level, high-performance dynamic programming language for technical computing. It has a syntax which is familiar to users of other technical computing languages. It provides a great compiler, distributed parallel execution, numerical accuracy, and an extensive mathematical function library. Julia’s base library is in Julia itself, and it integrates best-of-breed open source C and FORTRAN libraries for linear algebra, random number generation, signal processing, and string processing. Julia language design is different from other languages, and it is a fully dynamic programming language.

It allows concurrent, parallel and distributed computing and direct calling of C and FORTRAN libraries. The freelance gigs who like to work with mathematics, analytics and computations are getting attracted to this language. It is garbage-collected and includes libraries for floating-point calculations, linear algebra, random number generation, and regular expression matching. After a long gap, the new language for mathematical use is created and is getting a good support.

Also, the Julia developer community and freelance web developers are contributing some external packages through Julia’s built-in package manager at a rapid pace. IJulia is a collaboration between the Jupyter and Julia communities, and it provides a powerful browser-based graphical interface to Julia.

Julia programs are around multiple dispatches; by defining functions and overloading them for different combinations of argument types. They can be user defined types also. For a more in-depth discussion of the rationale and advantages of Julia over other systems, see the following highlights or read the introduction in the online manual.

A Summary of Features

In computing, just-in-time compilation, also known as dynamic translation, is compilation done during execution of a program or at run time rather than before execution. Most often this consists of translation to machine code, which is then executed directly but can also refer to translation to another format.

Julia has an LLVM (Low-Level Virtual Machine) based just-in-time (JIT) compiler combined with the language’s design allow it to approach and match the great performance of C language.

Designed for Parallelism and Cloud Computing

Julia does not impose any particular style of parallelism on the user. Instead, it provides some key building blocks for distributed computation, making it flexible enough to support some styles of parallelism, and allowing users to add more. The following simple example demonstrates how to count the number of heads in a large number of coin tosses in parallel. This computation gets distributed across all available compute nodes, and the result, reduced by summation (+), is returned to the calling node.

The core of the Julia implementation is under the MIT license. Various libraries used by the Julia environment include their licences such as the GPL, LGPL, and BSD. The language is a shared library so that users can combine Julia with their C/Fortran code or proprietary third-party libraries. With very specific applications, it will be challenging to find freelancers working in Julia.

Furthermore, Julia makes it simple to call external functions in C and FORTRAN shared libraries, without writing any wrapper code or even recompiling existing code. The external library functions can be called directly from Julia’s interactive prompt, getting immediate feedback.

The key differences of Julia from typical dynamic languages are:

While the casual programmer need not clearly use types or multiple dispatches, they are the core unifying features of Julia. The functions are defined on different combinations of argument types and applied by dispatching to the most specific matching definition. This model is a good fit for mathematical programming.

Here, the operators are just functioned with special notation to extend addition to new user-defined data types. You can define new methods for the new function, and existing code gets applied to the new data types.

Because of run-time type inference and a strong focus on performance from the inception of the project, Julia’s computational efficiency exceeds that of other dynamic languages. IT even goes above that of the statically-compiled languages. For large-scale numerical problems, speed continues to be crucial, and the amount of data processed has easily kept pace over the past few decades.

Julia’s language core is in C and C++, its parser in Scheme and the LLVM compiler framework is there for just-in-time (JIT) generation of 64-bit or 32-bit machine code depending on the platform Julia runs on. The most notable aspect of Julia’s implementation is its speed, which is often within a factor of two about fully optimized C code. The development of Julia began in 2009, and an open-source version came out in February 2012.

While Julia uses JIT, it still means Julia generates native machine code, directly, before a function is first run. Julia version 0.6 came in 2016 and 1.0 will come in 2017, and some features for next versions like ‘multiple inheritances for abstract types’ are in discussion.

A Julia2C source-to-source compiler from Intel Labs is available. This compiler is a fork of Julia that implements the same Julia language syntax. It emits C code instead of native machine code, as an intermediate language, for functions or whole programs.