The ‘Go’ is a programming language created by Google in 2007 and is an open source language. The language is in public use since 2009 and slowly expanding its scope of applications and increasing the involvement of freelance web developers. It was created on an experimental basis to resolve few issues in other languages, but later it became a general purpose programming language but was designed with the intention of using it more for system programming.

The similarity with other languages:

It is a scalable language like C++ and Java, and you can use it any small to a large project. It is easily readable and has less mandatory keywords. Though the language does not require its own Integrated Development Environment (IDE), it supports all existing IDEs. The language has inbuilt support for garbage collection. You need to go on developing your program using different packages. You have to compile your programs in a traditional way to create an executable file.

Type inheritance, pointer arithmetic, assertions, generic programming, circular dependencies within packages and operator overloading are the features which are not supported intentionally to keep the coding simple.

You can write a micro, mini or mega program in ‘Go’ with one or more text files with extension ‘.go.’ It is very simple to start coding in go with a Text editor which is good for writing software code and the Go Compiler. You can start with a Notepad or can have editors like vi or vim for better editing, and it is as easy as creating an HTML file.

Compilation of your Program:

Once you are ready with your source code files and download the Go compiler, you are ready to convert (compile) your programs to an executable file. The Go Compiler is available for Linux, MacOS and Windows operating systems; both in 32 bit and 64 bit. Once compiled you can execute the programs and check the test results.

There are multiple inbuilt types in the language including numeric, Boolean, Strings. The record types get defined with the struct keyword. For every single Text type and constants, the internal array type is available. The dynamic arrays are possible for some of the types. They define the memory needs of your program, and several arrays can share the same memory space dynamically.

The language provides multiple inbuilt facilities and code library support, which is mainly required to write concurrent programs. It is not only about asking CPU to process multiple requests together, but it is also related to multi-tasking, like while fetching the data from a database kept on a cloud, the program can have another thread doing a different operation.

The triggering of such events makes the program run faster. The concurrency is a light-weight process commonly known as goroutine. You will have to look at some examples of such routines to construct and implement the same. Apart from the default ‘gc’ (Go Compiler), you can also find ‘gccgo’ as another compiler to compile the Go code.

In the third week of Feb’2017, the Go Team announced the release of Go 1.8. The advantages of the new release are further improvement in performance, and the company claims that there is 15% improvement in the performance. For 64 bit X86 systems, multiple new assembler instructions are available now. The freelance work will be on the increase due to the new release being very easy to understand and code with proper documentation.

Some key features of the new release are listed here:

Summary: With a platform like Google developing a new programming language has a lot of importance. The language was mainly developed to eliminate some issues in other general purpose programming languages. People working as a freelance web designer, freelance developers would find it very useful to quickly adopt for new projects which are small today but can expand to large projects.

Next post Haskell vs. Scala Programming Language: Which Should You Learn in 2017 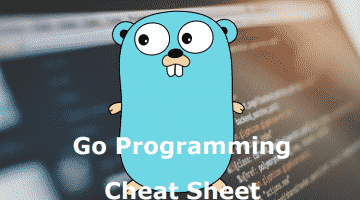