How to Run Android Apps on Your Chromebook 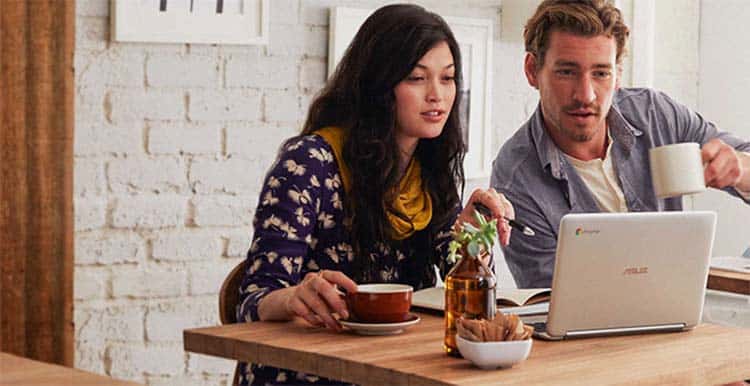 If you have already seen/used a Chromebook, you can skip this intro. It is a different type of Laptop which works on Google’s Linux based Chrome OS. It is a device for netizens, the young generation, live on the internet. The laptop is designed for use with a live internet connection. The application and data reside in the cloud. The device is not very new, and the first release by Samsung was in 2011. Google G Suite is available offline in the new versions.

If you visit Google support to install the new feature of running Android Apps on your Chrome book, they explain it in two simple steps.

Step 2: Get Android apps where you have to find the Android Apps of your choice and download the same. It has no connection with your Android phone, and you may download the same Apps again for Chromebook.

The Developers can optimise their apps for Chromebooks. Android apps are now available on these Chromebooks:

First of all, you can check whether your Chromebook is in the Google list where you can currently install Android Apps. The latest versions do have compatibility but check for earlier versions. Alternatively, you can switch to the developer channel and try using Android Apps.

For supported Chromebooks, you can start with this step

You need the latest version or at least Chrome OS 53 or later to use this feature. It means, if your OS is old, you need to update the same. As you know, there are multiple advantages of updating any OS, and this is a chance for you to spend some time on OS updates. Once you update any OS, you need to restart the system for changes to implement and then take the next steps.

If your Chromebook is not on the list of approved hardware, then what?

Developer channel is a channel for those who want to experiment with new software. It can include any employees, IT professionals and freelance web developers. Switching to this channel is being ready to accept the risks associated with installing an untested software on your system. Remember, going back to old status is a ‘factory reset.’ Hey! So, there is one more step you need to take this step. It is ‘full data backup’ in case you are storing any local files. With Chromebook, you are expected to store everything on internet drives mainly ‘Google Drive.’

Once you are ready to take the risk, you have to visit the status area and Settings cog. The About Chrome OS will let you know your current version number and channel. You still have to go through the OS update process and once the OS is updated, come back to this page.

Here you have to click on ‘Change Channel’ option which opens a dialog box to select a new channel. You can see ‘Beta’ and ‘Developer – Unstable’ channels, and you are going to select the Developer-Unstable channel. Your device is updated, and you are in the developer mode now. Restart after channel updates and get ready to install Android Apps.

Optimise Apps for Chromebooks (Developers Only)

As a developer, you may go through below steps to optimise Apps for use with Chromebook. The freelance designers have a bit of work here.

It is the most critical but required step because of key differences between an Android device and any Chromebook. You are going to make code changes to the manifest file (AndroidManifest.xml) to achieve this. Refer to developer website for Android for exact code changes.

Many existing Android apps support mouse and trackpad interactions, and they can work with your Chromebook with physical keyword and mouse. You can provide hotkeys because of the physical keyword support.

To understand the technological differences, you should know that Android OS is running in a container on the Chromebooks. So, the Android OS does not have direct access to the system’s LAN interface. It blocks the internal connections and of the device and a special interface is required between Android and LAN.

It is interesting to install new OS, new Apps and new explore new technology. As a developer, you have a lot to perform for using this feature, and you can provide this support to your clients. A good task if you are into accepting for freelance jobs. Enjoy running any Android Apps on your Chromebook and also learn to optimise them.

Next post Dropbox for iPhone and iPad in a Nutshell

Previous post The Pros and Cons of Amazon Redshift