What Programming Language are Bots Written In? 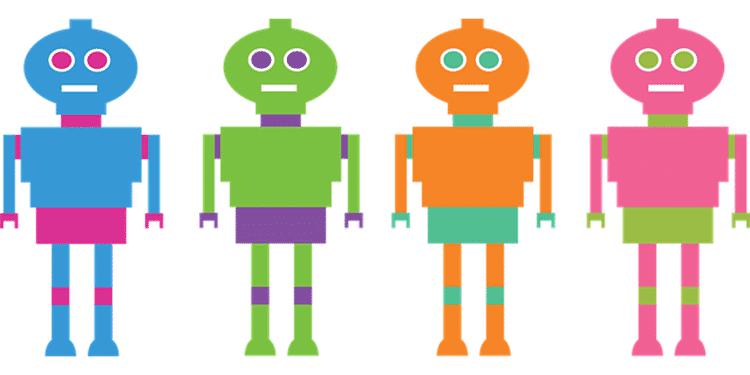 A bot is one of the most important software that is mainly designed to automate some kind of tasks. Usually, you will do on your own way like making the dinner reservation as well as adding an appointment to the calendar and displaying information. These are commonly increasing in the form of a bot, chat bot and simulate conversation. They live an inside messaging app or designed to see that way and it would feel like you are back to chat and forth as you should with a human.

Some bots are really used to handle many customer service requests that normally require a telephone call to the human agents. For example, Tacobell has been released bot that is allowed you in order to pay tacos via automatic chat conversion. Other bots like Xai helps to schedule your meeting for you. The bot is simply added to your e-mail thread and it takes over the back and forth conversation, which is needed you to schedule their meetings. Once the bot is alert you and then it has arranged and added it to the calendar. The bot technology is improved a way of thinking that bot is able to be automated all kind of things and even something as more difficult to your taxes.

What language can be used to code a bot?

A bot is basically coded in any scripting and programming language. The purpose of bot criteria depends on that you have to choose it, which helps to make the right decision regarding language to use. You can think about the advantages and disadvantages that are very important because every programming language comes to an own pros and cons. However, it doesn’t matter if you can use visual basic, Java, Python, C, C++, ASP.Net, PHP, Ruby and other languages. These languages are supported by your communication by using network protocol including https, Http, and FTP, which is the most of them you can do it. Of course, you are choosing the correct language coders or freelance jobs for your preference and any programming language knowledge play a very big role.

What programming language is the best?

Of course, there are many criterions that are considered, but the above-mentioned criteria are one of the most important at least to keep in your mind point of view.

How to write a bot?

Internet bot is a computer program that is easily performed for a repetitive task. A bot is used to all size of businesses and they take care of freelance jobs quicker than another actual person could do it. Some bots are working on the computer while they are controlled by another remote computer. Seemingly, they are endless programming languages for scripts and several bot types to choose from any one. There are some basics to follow an instruction when you are planning your bot and write the script.

Where can you find bot?

You can find bot on several messaging apps including WhatsApp, Telegram, Facebook message and Kik. Even the bot is mainly focused on the work service slack that has built a bot in an own way, which helps you for setting reminder and notes. Twitter has a bot that will reply a message to you, but it cannot offer any assistance.

Are the bots in your future?

A bot is everywhere in the technology that ranges from malicious bot and comes into a virus to the search engine spiders. Internet crawl is looking for a new webpage to add it. In this scenario, you are talking about the bots, which hold a conversation to be accomplished your task with you. Some developers and firms, as well as hire freelancers online, believe that every person is tried to use an app and also would like it app rather than using a bot. instead of having several apps on your device, you have anyone with the multiple bots that help to use it different tasks like an ordering food or check to sports score.

It is a good argument, but the applications are not going to anywhere as soon. What you are likely to look in your future is smarter bot at your home on your device and in your car that helps automatic your lives. Anyone who has been fed with Siri bot and then you are looking into something and knows that you are not there yet.