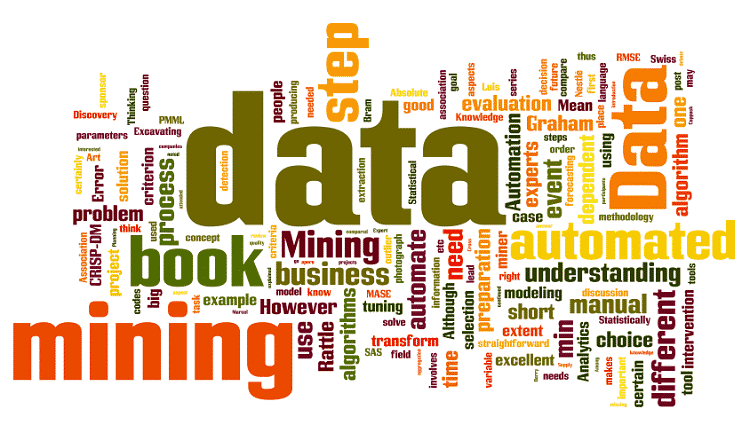 What is Data Mining?

Data mining is the process of extracting raw data into useful information. By using software, businesses can learn more about their customers, check patterns in large batches of data and develop more effective marketing strategies as well as increase sales and decrease costs. Data mining depends on a collection of data and computer processing.

Data mining tool predict future drift and behaviour and also allows business to arrive at the knowledge driven decision. Many companies gather and refine massive data, and effective usage of the same is important. The technique of data mining can be implemented very fast on existing software and hardware platform to connect with new products and systems, and you can also find freelancers in this area.

Data mining has a long history, and the term was not common until the 1990s. The foundation includes three scientific benefits such as statistics, artificial intelligence, and machine learning. Nowadays, data mining concept is evolving with big data and affordable computing power. The more complex the data sets collected, there are more possibilities expose related insights. Telecommunication companies, Manufactures, Retailers, Banks, Suppliers, and Insurers, among others, are using data mining. It is useful to discover relationships among everything from pricing, promotions, and demographics to how the economy, risk, competition and social media are affecting their business models, revenues, operations and customer relationships. From the last decade, the processing speed has allowed us to move beyond manual analysis and time-consuming practices to fast, automated and easy data analysis.

A technique like Self-organising maps is used to map missing data by visualising the model of multi-dimensional complex data. Multi-task learning for missing inputs, in which one breathing and valid data set along with its actions get compared with another well-suited but incomplete data set is one way to look at such data.

The dashboard is the scoreboard of supervisor’s computer and fed with real time data as it flows in many databases in a company environment. The data mining technique is practical to provide correct real-time data to the stakeholders.

Database grip important data in a structured format, so algorithm builds in their languages like SQL and macros. This algorithm is used to find out hidden pattern within an organised data. The best technique is to take a snapshot of data from huge database in cache files and then analyse it. Similarly, many algorithms of data mining can drag out data from a heterogeneous database.

R is the language discovered in 1997 as the free substitute to expensive statistical software like Matlab or SAS. Using R, you can sift through complex data sets, create sleek graphics to represent the numbers in just a few lines of code. R has the best asset, and vibrant ecosystem developed around it. The R community frequently added new packages and features to already rich function sets. R is the most popular language in data science.

Traditionally, banking analyst used excels files, but now R is increasingly being used for financial modelling particularly as a visualisation tool. R is the best language for data modelling although its power becomes limited when a company produces large scale products. You don’t find R at the core of Google page rank. Engineer’s first prototype in R and then hand over and write further code in Java and Python. In 2010 Paul Butler used R to use Facebook map of the world, and it increased the visualisation capabilities of the language.

Python has fast data mining capabilities and more practical capabilities to create a product. Python is capable of statistical analysis previously reserved for R. Python has emerged as a good option in data processing, and there is often a trade-off between scale and sophistication. Python is the best tool for medium scale data processing. Python has excellent amounts of toolkits and features and also has the advantage of rich data community.

In many banks, they are using Python to build the interface and new products. Python is broad and flexible, so people easily assemble to it. But still it is not the highest performance language, and occasionally it powers large scale infrastructure.

The majority of data mining today is conducted through Java, MatLab, R, and SAS. There is still a gap which is filled by Julia. Julia is widespread industry adoption, and it is high level, fast and expressive language. It is more scalable than Python, and R. Julia is a language gaining steam and is very promising. The data community of Julia is in its early stage and required more packages to compete with R and Python.

Java is an old and famous language used in the development of social media sites such as Facebook, LinkedIn, and Twitter. Java doesn’t have the same quality of visualisation like R and Python. It is a language which is not best for statistical modelling, but if you want to create the large system and moving fast prototyping, Java is the best language. You can hire freelancers online in this area.

What about when you need real-time analytics? KAFKA is excellent, and it is around for five years, but just recently became famous because of its framework for stream processing. It is very fast and operating in real time and lends itself to error. Initially, Kafka got used in LinkedIn as very fast query message system. Hadoop is known for batch processing whereas Kafka and Storm are for real-time processing. Strom is another framework built in Scala and used for stream processing. Scala now belongs to the Twitter which has a huge interest in rapid event processing. Find freelancers in these areas as you can’t find people with a lot of experience in these latest technologies.

This article gives you knowledge of top five programming language for developing data mining. It also covers the basics of data mining and its techniques. Providing knowledge about the role of each language in data mining is also an objective of this article.