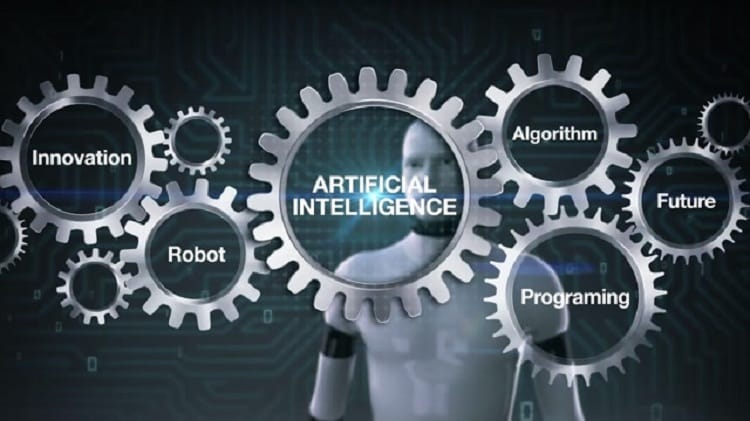 There is a list of programming languages are available for developing an artificial intelligence project such as Python, POP-11, C++, MATLAB, Java, Lisp, and Wolfram language. In this article, you find How Java programming works with Artificial Intelligence.

Artificial intelligence is a branch of computer science that works on the creation of an intelligent machine that works and reacts like a human. AI works same as how human brain thinks and how human decide and work while trying to solve a problem and as result of this study developing intelligent software and system. The basic concept of AI is Learning, Planning, and problem solving. Programming artificial intelligence with Java has many benefits such as better user interaction, simplified work with large scale projects, facilitated visualization, and easy use of debugging. One more best reason of programming AI in Java is Standard Widget Toolkit this features make graphics and interface to look attractive and stylish. You can hire freelancers to work on this task which may be a research task at your startup.

The genetic algorithm includes all type of algorithm that works in the different sectors such as reproduction, mutation, and fitness. The genetic algorithm in Java creates a new code from existing code using randomization and selection against the fitness model. Genetic programming is the application of the genetic algorithm to programming. Java has the standard API that allows discovering and invoking standard methods. The Java language architecture has the strong ability to invoke a method dynamically. Using Java programmer can compile and compose files on the fly and another important tool to the GA developer.  Some programs are better to write in software rather than humans. Suppose developer develop a program against the fitness test it works faster than it did the by manually. The fitness test would always include the size of generated output and speed of compiler execution.

Ai plays an important role in strategic gaming such as chess, tic tac, and poker. Most of the games are plays using a well-defined set of rules. Artificial intelligence makes it possible by defining the set of rule and easily represent in a computer. For solving the large complex structure of gaming AI used the heuristic technique.

The word expert means you can do anything and you have complete knowledge. There are few applications integrated into the machine, and they provide explanation and advice to the user. The main goal of the expert system is that to solve the specific problem from expert and load that tricks in computer and available to other users. How to load the solution and tricks of the expert load on the computer till now research will be going on. You should find freelancers to work on these exceptional tasks.

A robot is a machine which is working same as a human. The robot is an electro mechanical device that performs the manual task. They consist of a sensor that detects the physical data from real world such as heat, temperature, sound, and pressure. They have well organized processors and huge memory to perform intelligence. The robot performs some important task such as move material, parts, tools, and specialized device.

To achieve a complex goal, you may require the construction of detailed plan. Intelligent planning performs an important task in designed to provide the active support in the planning process.

All of us know that people are more intelligent than a computer. Artificial intelligent researchers are always trying to make computers intelligent. Sometimes human may not be able to solve some problem make a reasonable guess as to its solution. When you use neural architecture, the knowledge acquired gets distributed around the network.

The word heuristic means to find the problem and give the solution to that problem. Heuristic search technique required a lot of knowledge for solving complex artificial intelligence problem. That problem gets resolved by Heuristics Classification. The best example of a heuristic search is that information about the owner of a credit card, his record of payment and item he is buying.

Next post Which Programming Languages are used to create Chatbots