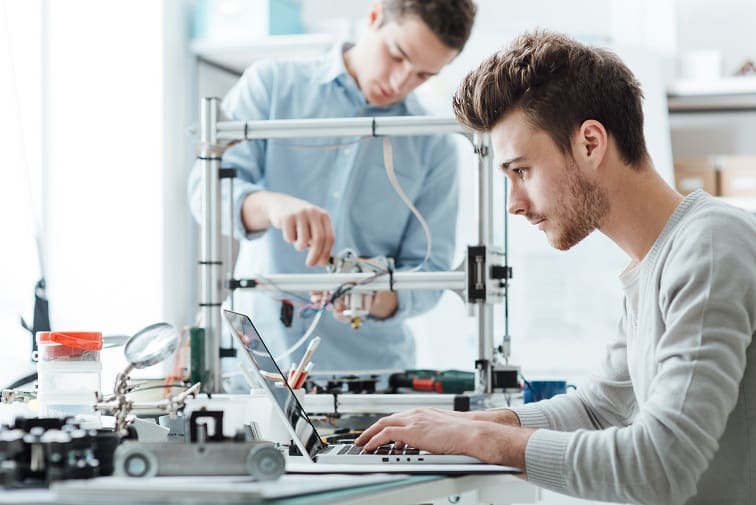 While the exact nature of the job depends on the industry in which they work – and the type of engineer they become – the bottom line with engineers is that they are problem solvers who apply the principles of math and science to large projects.

It’s a stable, growing occupation for those with the aptitude to do the work. In some cases, it can also be a lucrative career path.

What Do Engineers Do?

There are about 1.5 million engineers in the United States, with the majority in electrical or electronics engineering, followed by civil engineering, mechanical engineering and industrial engineering. In all areas, engineers will use math and science skills learned both in postsecondary education and in experience on the job.

Some of the highest-paid engineer occupations are as follows. The salary figures are median annual pay numbers from the U.S. Bureau of Labor Statistics (BLS).

Nuclear Engineers ($102,220). These engineers develop systems used to get benefits from nuclear energy and radiation. These uses include developing medical diagnostic equipment. The BLS projects little or no growth in the number of nuclear engineers by 2024.

Chemical engineers ($98,340). Those in this profession work on solving challenges in the production of drugs, fuel, food and any other products that involve a chemical process in production. Many chemical engineers focus on designing machinery for the manufacturing process that is safe both for workers and the environment. The BLS projects the number of chemical engineers to increase by 2% by 2024.

Marine engineers ($93,350). Marine engineers design and oversee development of ships – everything from oil tankers and submarines to sail boats and aircraft carriers. Naval architects, who work within the discipline, concentrate primarily on the seaworthiness and stability of the craft, The BLS expects this occupation to grow 9% by 2024.

Skills Needed to Succeed as an Engineer

All areas of engineering require at least a bachelor’s degree with a focus on the chosen discipline – civil, mechanical, chemical, petroleum, electrical and so on. Some – particularly those who wish to move into management – will go on to get a master’s degree.

Certain skills help lead engineers to success. An ability to be analytical is important – sizing up an issue based on data and observation and then being able to come up with solutions. Along those same lines, problem-solving skills are also very important.