What is Ethereum and Ethereum Glossary? 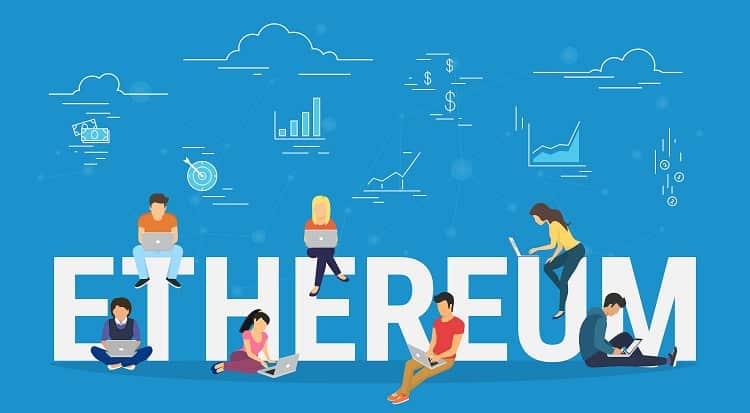 “The next Internet.” It’s a phrase that’s often used when discussing bitcoin, the decentralized digital currency, and the blockchain, its distributed global ledger. Yet, the phrase is perhaps misleading in its simplicity.

While commonly referred to as a singular construct, “the Internet” is rather a web of protocols and rule sets that combine to power complex communications, collaboration and business processes.

When viewed similarly, “the blockchain”, or the public, permissionless blockchain protocols, could be seen as a more primitive version of what could become a mature “Internet of Value”. Such a public utility could one day provide a similarly layered architecture to expand the Internet of Information, or the Internet as we know it today, to deliver all manner of financial and non-financial transactional services.

If the Internet decentralized access to information, thereby increasing access to communication tools, the vision for the blockchain is that it would decentralize, and reduce barriers to establishing trust and transacting in the digital world.

First introduced in 2014, ethereum can be seen as both a realization of this future, and a recognition of the limitations of the bitcoin network, the first widely used public blockchain.

In his keynote announcement for the project, creator and inventor Vitalik Buterin described ethereum in such terms, arguing that bitcoin was not designed to serve as the blockchain’s answer to the Transmission Control Protocol (TCP) or Internet Protocol (IP), the code that forms the basic communication language of the Internet.

Buterin wrote: “Bitcoin was designed to be a [Simple Mail Transfer Protocol] SMTP. It’s a protocol that is very good at one particular task. It is good for transferring money, but it was not designed as a foundational layer for any kind of protocols to be built on top.”

In remarks, Buterin spoke of the need for a technology that was more expansive, and that replicated the functionality of Turing-complete programming languages in a way that would be so powerful as to describe any blockchain application that could possibly be built. “Ethereum does not have features, it just has a programming language,” he said.

Ethereum is perhaps best viewed as an attempt to apply learnings from bitcoin’s decentralized, global cryptographic network to challenges beyond value exchange. Rather than disintermediate third parties in e-commerce, it envisioned how removing other traditional arbitrators of trust could enable a new wave of application development.

Ethereum’s “business problem”, as articulated by former ethereum CCO Stephan Tual, is that most Internet services are centralized. “You trust your bank to keep your money safe. The same is true of Facebook when you upload a picture of your kids or you push a document to Dropbox. As a developer you need to submit your application to an app store and risk having it removed.” Tual explains.

Ethereum seeks to enable the creation of similar Internet services while restoring the control of personal data and funds to users.

Crypto-currency related, but not really specific to Ethereum: