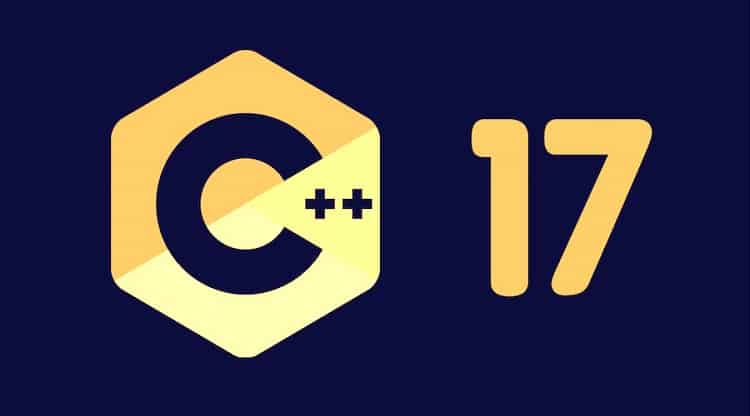 The next version of the ISO/IEC standard for the C++ is known as C++ 17. The C++ 17 consists of a lot of interesting features. In March 2017 the specification of C++17 goes to the Draft of International Standard. Only through the editorial comments, this DIS approval is unanimous, and the final features of C++ 17 are as below. You can hire freelancers who have the knowledge and experience in C++.

Static_assert with no message:
The static_assert grant you the condition without passing any message. You can also describe version with the message and compatible with other asserts such as BOOST_STATIC_ASSERT. You can easily find freelance jobs online in this sector.

Nested namespace definition:
The C++ 17 version allows you to declare the nested namespace.
In earlier version, you can write as given below
namespace A: :B: :C{
}
Now in C++ 17 you can write
namespace A {
namespace B {
namespace C {
}
}
}
if Constexpr(expression):
If Constexpr is evaluated to true during the compile time then it become easy in C++ 17 to compile the certain blocks. You can hire freelancers who have knowledge of C++.
if constexpr (std::is_integer …) { //integerstuff }
else if constexpr (std::is_floating_point …) { //floatingpointstuff }
else { // NaN ; ) }

The above expression states that during the compilation constexpr must be true, but it does not affect static_assert. Until you have not triggered the block a static_assert in a block is not selected.

If and Switch with initializing:-
It is possible to declare the variable in the ‘if statement’. In ‘if statement’ the declared variable is valid in the else part of the ‘if statement’. C++ finds the trick for achieving the braces only for a single variable. It uses the exciting use cases like locking only in an if or switch and all functions returning status codes now can be easily conducted within the scope of the if statement. Equivalent to write { var x = value; if(…){}else{}}.

While building the tool this implementation allows you simplicity and translate annotated that codes into various programming models.

Dynamic memory allocation:
In an earlier version of C++, you can not specify any mechanism through which you cannot perform dynamic memory allocation for over aligned data.
Class alignas(16) float4 {
Float f[4];
};
Float4 *p = new float4 [1000] In the above code you cannot allocate the properly aligned memory for the array but in C++17 overcome that issue by allocating additional memory allocation functions that use align parameters.
Some code examples are as below:
void* operator new(std: :size_t, std: : align_val_t);
void operator delete(void*, std: :size_t, std: :align_val_t);

Structure Binding Declaration:
Initially the decomposition declaration was used but now the C++ standard agrees to use Structured Binding Declarations” You can easily find the freelance jobs online in C++ programming language.
int a = 0;
double b = 0.0;
long c = 0;
std: : tie(a,b,c)=tuple

Now in structure binding declaration, you can write.
Auto [ a, b, c ] = tuple;
Such expression also works on structs, pairs, and arrays.

Summary:
In this article, you get the information regarding C++ 17 features. The updated version implemented a lot of features and resolved the issues that occurred in an earlier version. Through this features this language allows you to write a minimum line of code.