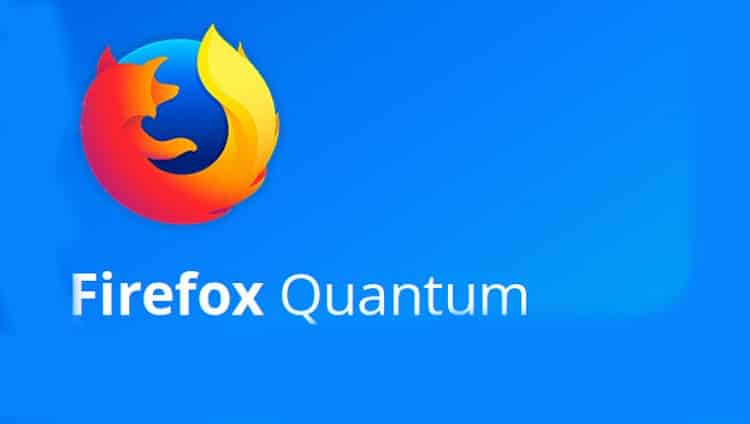 The latest version of Firefox is Firefox Quantum. It is the web browsing software which will be available to users from 14 November. The Firefox Quantum is the updated version of Firefox 52. The best feature of latest version Quantum is its speed. The speed of the Firefox is twice the speed of the Firefox 52. The main intention of project Quantum is to substitute some of the components of their Gecko engine with code pulled from the Servo Engine. The Servo Engine will take a lot of time for completion, but Mozilla has been working to fetch some of the excellent features to Gecko. You can hire freelancers who have knowledge and experience in this sector.

The Firefox Quantum measure the speed of the website with Speedometer 2.0 benchmark. The company’s analysis said that Firefox Quantum is twice as fast as the earlier version.  Instead of running on just one core it takes advantages of multiple CPU cores by today’s desktop and mobile devices. From this, you can easily say that it is the faster web browser. The Firefox also updates some new interesting features so that Quantum runs very smoothly. The Quantum has features like multiple open tabs, downloads multiple files quickly. The Firefox is also faster than Google Chrome and is consuming 30 percent less RAM.

The Quantum team rebuilt the Firefox interface to make it faster and more modern. They not only made Firefox faster but also redesigned the Menus. The Firefox add square tabs and new “Library” button which act as a single place for your bookmarks, downloads, and history, etc. The Quantum Photons combines the URL bars and search into a single widget.  The Quantum Firefox activity stream redesigned the new tab page to feature highlights from your recent history and bookmarks and also recommendations from Pocket. The Quantum Firefox completely replaces the add-ons on new tab page to create an entirely different experience.

The interface of the new Firefox is simple and reflects high DPI displays. Through this features users become more task focused. The many users are impressed because of the new Photon Firefox Quantum design. The look of Photon Firefox Quantum is not only simple but also works smarter. If Windows PC uses the Photon with touch display, the menus change the size based on whether you click it with mouse or touch with a finger.

The Firefox Quantum developer edition now also add the Quantum CSS an entirely new CSS engine which is typically created in Rust and built on the Servo parallel browser engine project. The Firefox Quantum team also tracked down and fixed the 369 performance bugs in Firefox. The main focus of Firefox is on Photon UI interaction and responsiveness. The Firefox is also renovating their Quantum DOM project which is mostly useful for prioritizing work, responding is quick to events.

The brand of the new developer tools is also changed by Firefox Quantum developer edition, and they refined and redesigned the tons of functions. The Debugger, Console, and Network tabs are now developed using the standard web technology. It also added the new features with CSS Grid, CSS variables, and toggling classes on elements. The Console also supports expanding or inspecting objects in-line and grouping messages. The Debugger of the project offers completely new ways to search, navigate, and debug projects.You can find freelance jobs online in this sector.

With Pocket the Firefox Quantum enhances the Firefox integration. When you open a new tab on Firefox Quantum you will see recently reading web pages suggested by pocket users through this you will not miss the hot online and your top sites. You will have offline access to your saved stories wherever you go by using the Pocket app for IOS and Android.

In this article, you get information regarding the latest version of Firefox that is Firefox Quantum. You also get information about the release date and its features. The best feature of this Firefox is its speed. The speed of the Firefox quantum is double faster than existing Firefox, and it will also be faster than latest Google Chrome version.