What is the MIMO Technology? 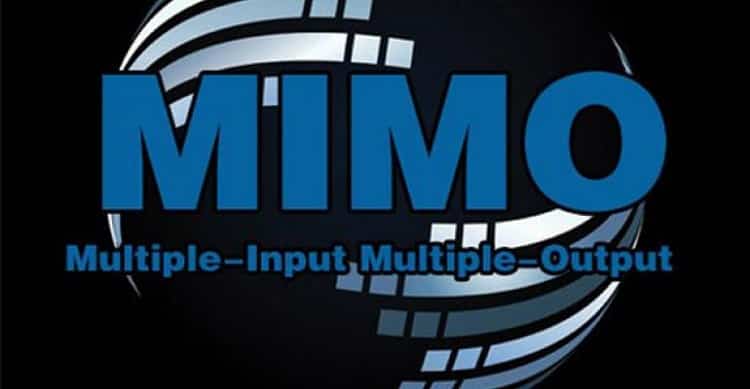 Why Is There A Need For Multiple Antennas?

Previously, one single antenna was used on both sides. This gave rise to what is called multipath effect. It occurs when the traveling waveforms meet with obstructions in its path such as hills, buildings, other electromagnetic fields such as utility wire. In such scenario, the waveforms used to get scattered and they had to take multiple paths to reach the destination. Naturally, the waveforms used to reach late than expected and that too with various effects like fading, cut-off, and likewise. It gave rise to various data transmission errors and delayed transmission. To eliminate all these errors and slowing down of data transfer speed, multiple antennas were used both at source as well as at destination. MIMO technology is widely used in digital TV industry, WLANs in the corporate world and even in mobile communications. If you want to set up WLANs using MIMO technology, you need to hire freelancers who have expertise on it.

Precoding – In this process, the signal that is needed to be transferred is encoded in such a way that each of the transmitting antennas send the signal at an appropriate phase such that when they arrive at the receiving end, they add up and magnify the signal. This helps not only in avoiding the multipath problem that existed in SIMO but also inefficient and lossless transmission. To make precoding possible, there should be enough channel state information available at both transmitter and receiver antennas.

Spatial Multiplexing – In this process, a signal is divided into multiple streams and different antennas transfer different streams in the same frequency channel. When these streams arrive on the receiving antennas, their signatures and channel state information are checked. It is this spatial multiplexing that is responsible for the reduction of noise in the signal transmitted. This process is also used to transfer multiple signals simultaneous based on the number of antennas available on both sides.

Diversity Coding – This is not a mandatory process for MIMO technology. It is used only when the channel state information is not available. This is rather an alternative to spatial multiplexing. In this process, a single stream is sent and the coding is done using space-time coding technique. The same stream is transmitted from all the antennas so that fading effect can be canceled at the receiver end.

Single User MIMO – It is used when the transmission is taking place to a single user equipment. For example, when the signals are transferred between two base stations.

Multi-User MIMO – It is the most used MIMO technology whereby different streams are allocated for different users. For example, in an office, data transfer is taking places among multiple users. It is also called collaborative MIMO.

Open Loop MIMO – There is no explicit coding for the receiving ends and public Wi-Fi is a classic example of it. It can operate in both diversity coding mode as well as in spatial multiplexing mode.

WiFi Router – A MIMO-based router transfers data at an exceptionally faster rate. It transmits the signals by dividing into streams and projects towards the destination in parallel with channel state information and the streams are rearrange at the destination to form the original data message. The only drawback is that it can cause interfering with other wireless equipment but otherwise, it increases bandwidth and speed of transmission.

If you want experts in MMO technology who can set up MIMO-based Wi-Fi routers in your office, you can post freelance jobs to hire get the qualified and experienced people.

Cellular Networks – MIMO technology is extremely popular in mobile communication. It is extensively used in 4G and 5G technology. Mainly three different type of MIMO-based technology is used in cellular network namely, network MIMO for multiple base stations, massive MIMO for stations with large number of antennas, and mmWave for high-frequency bands.

As a matter of fact, MIMO is one of the base technologies used in Internet of Things for smart home assistants.

Next post Best Magento Extensions For An Online Store