What Is A Quantum Computer? 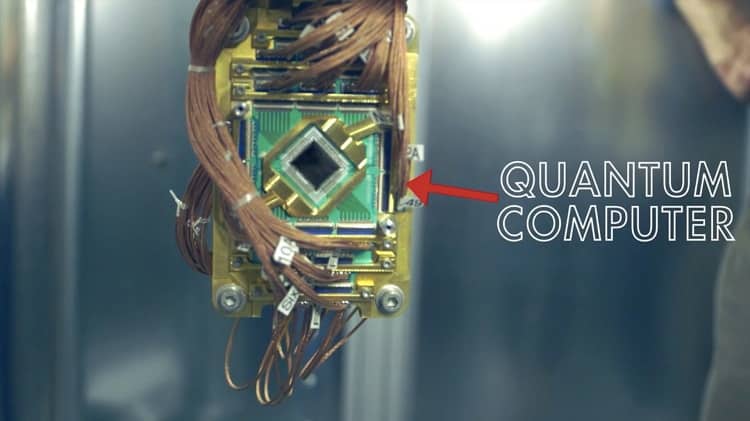 The idea behind developing quantum computers is to solve all those complex processes that the existing computers cannot dare to solve. Google and IBM are in the race of building quantum computers which are also referred to as the next generation of supercomputers. The companies are claiming that the quantum computers are going to be the most powerful computers ever built. The first thing you need to understand is what actually is a quantum computer? The current computer system we use is based on digital electronics and transistors. Basically, it deals with binary digits and everything especially data are represented by either 0 or 1. A quantum computer, on the other hand, deals with quantum bits which may have a definite state or have a superposition of states.

Working Of A Quantum Computer –

The simple way of understanding the working of a quantum computer is by comprising it with the traditional computers. In the traditional computation, there are two outcomes possible, 0 and 1. There are multiple outcomes possible in a quantum computer based on the aspect of the qubit. For example, a qubit of two aspects can have four possibilities like 00, 01, 10, and 11. Similarly, a qubit with three aspects have eight possible outcomes. So far, the developers and researchers have been able to compute up to 16 qubits and this is going to expand further in the coming years until a practical computer hit the market. The only hindrance in quantum computing is that it is difficult to keep the particles behaving in a particular way for long. A single disturbance is enough to revert the state and cease the working. The disturbance can be due to electrical discharge, physical movement, and even electromagnetic field.

Advantages of A Quantum Computer –

Security – Security is the main concern in today’s world and nothing is safe no matter how complex the algorithm of encryption is. There is a security system called integer factorization of high order prime numbers with the public key cryptographic system that is still infeasible by the ordinary computer. A quantum computer has the potential to solve this complex factorization and this can enable highly secured web transactions that will be nearly impossible to break through. On the contrary side, various ciphers can be broken which are yet to be computed by the traditional computers because they just cannot.

Quantum Supremacy – The researchers are naming the relatively high speed of quantum computers as quantum supremacy over traditional binary digital computers. The supremacy will start from the grass root level rather than top-down approach. The speed of quantum computing is at least double and under different scenarios, it can be even bigger. It is estimated that the supremacy can start within five years and within a few decades it can completely take over the traditional computers in all aspects of computer usage.

Obstacles In A Quantum Computer –

While the current computing system is deterministic in nature, the quantum computing is probabilistic. Due to this probabilistic state, it is difficult to predict the state of the qubits at any given time. They are extremely vulnerable to disturbances of slightest magnitude. The researchers are yet to invent the technology that will keep the qubit states stable as long as required to solve complex computation effortlessly. In the current scenario, the state is highly unstable and they do not stay the same for long.

Thus far, a quantum computer on a large-scale state is yet to be invented and the above reason is to be blamed. That is why a quantum computer is yet to solve a problem faster than a classical computer in the practice field so far. The researchers have to increase the number of qubits for 16 to 32 for a practical quantum computer to be out in the market. They have to initialize the arbitrary value to qubits and they also need to make it easily readable.

Quantum computer is definitely the next big thing in the computer world and as in March 2018, Google has announced that they are working on a 72 qubit processor.