What Is Version Control and What Is Its Purpose? 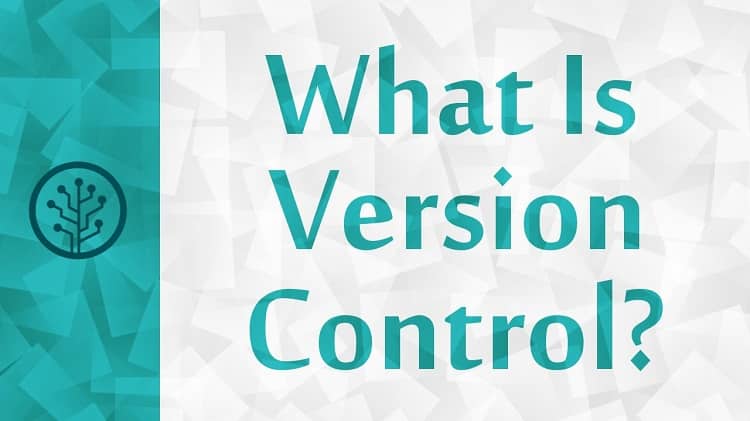 Version control is an important part of software configuration management. It refers to the act of numbering the changes made in a computer program or document. Nothing stays the same forever and change is the only thing permanent. But as a norm, we should always keep track of the changes and these changes are denoted by numbers or letters in the version control system. In a professional development, the version control is associated with an incremental number than the previous version, a timestamp as to when the change has been made or finalized and the person or team name who did the changes. This helps in comparison with the past versions and restoring the changes made if required.

How Does Version Control Work?

Version control is done on a project by identifying the directories which require version controlling. In a project, there are always some dynamic and static folders and only the essential ones fall under version control while the rest can be ignored. These folders under version control are called repository. When the developers make changes to the folders and save or commit them to the host server, the commits are saved in a log called changesets and new version numbers are given to the saved folders. If required, the changes made can be inspected and they can be reverted by restoring the previously saved folders.

In a large-scale project where hundreds of developers working on multiple modules, a slight mistake from a developer can ruin the entire development as every part is integrated as the developers commit the changes to the host server. In such a scenario, the progress and the changes done can be supervised and debugging can be done effortlessly if an error is occurring after a certain commit act.

On the server side, the storage becomes more efficient as only the changes made will be saved with the version number and when the request is sent from individual developers to download the latest version, the base version will be merged as per the changes made up till the latest version. There is also an option in version control called branching which lets the user experiment and the changes done will not be saved in the final copy as usual. Instead, an amended copy of the repository will be done and if required, it can be merged with the final or main repository.

There are different types of version control software companies use to keep track of the project development automatically. The centralized model is quite popular whereby everything is saved in one server and all the people including the clients will have access to it so that they can keep track of the progress in their respective works on a regular basis. It is a simple system but there are concerns about backup, the speed of operation as hundreds of requests have to be handled at any moment and hence, it is slightly unreliable. That is where decentralized or distributed model comes into play to overcome the drawbacks.

In the decentralized model, the developers have their own local repositories and the most popular online repository Github is based on the same model. The changes made in different repositories are implemented manually in most cases. This model is highly reliable and extremely powerful in performance. Some companies opt for different models for different projects as centralized model is best for small projects and distributed model for larger ones.

Collaborative Development – Version control is essential for every distributed and collaborative development. When multiple developers are involved in developing multiple modules of one project, there could be a lot of conflicts if the management of the project and modules is not efficient. Version control brings that effectiveness and efficiency so that the development can go flawless and conflict management can be automated. All the developers stay on the same page and the consistency of project development is maintained.

Progress and Diligence – The project managers, as well as the clients, can keep track of the progress of the projects and modules.  This makes everything transparent and it bridges the gap between the developer and the client. The progress will be smooth and there is literally no scope for postponing or neglecting work. It has been found that version control has been to more responsible working as developers know that a conflict in the system will trigger a problem for other developers and they will raise a flag to notify the developer making the mistakes.

Next post What is the difference Between SourceForge and GitHub?

Previous post Scala vs Python - What You Need to Know