What is the difference Between SourceForge and GitHub? 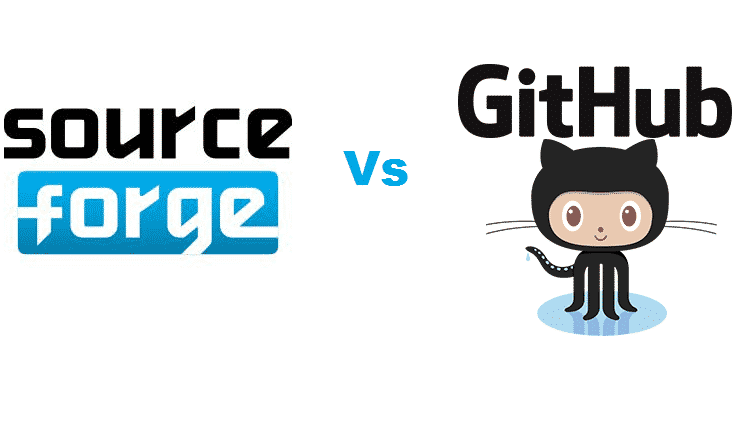 When it comes to the list of best source code hosts for open source projects, there are two names that clearly stand out. Previously, it was SourceForge that topped the chart in terms of popularity but ever since GitHub hit the market, it is the clear winner. As a matter of fact, the popularity of SourceForge has decreased considerably in the last few years thanks to various GitHub like platforms coming up. There are lots of differences between SourceForge and GitHub that one should know before choosing any of them.

Issue Tracking – Both the platforms offer quality issue tracking system but it is GitHub which takes the cake. The integrated tracking system in GitHub makes it relatively easy to not only spot the bugs but solve them quickly. Every project has its own issue page where all the different types of issues are listed. You can filter through closed issues, you can assign members to solve particular issues, attach labels to the issues for better understanding and create milestones against one or cluster of issues. All these features are highly important and productivity in large scale project development. There are various options available for easy management of issues.

Suitability – Both the platforms are suitable for different types of open source project development. In the current scenario and based on features offers, SourceForge is great for those open source projects that have a centralized approach to development. But the concept of open source is based on decentralization and that is why most of the developers have moved from SourceForge and even Google Code to GitHub because of its suitability for decentralized development. This decentralized approach is called forking and it is going to involve a larger community for a faster development. Anybody can fork out a new version of the existing project and solve the issues and add new features.

The centralized approach is still popular because it gives the developer more control over the software. He can release the bugs and the features he wants in the project and people can develop only that certain part as per requirement of the developers. But in the forking case, the entire project is up for securitizing and dissection.

Packaging – In terms of the whole package of the projects developed, one has to agree that SourceForge scores over GitHub. SourceForge offers the easiest way to download packages and make them installable for the end users. This is what the ultimate goal of every project development is. There are so many installable applications we use every day like VLC Player, NotePad++, FileZilla and much more. In short, SourceForge makes your project packages stable and installable for the ease of the end users. The working of Github, on the other hand, is slightly different. GitHub is suitable for the development of more technical projects like programming languages, frameworks whose installation takes place mostly through compressed files rather than proper installers. It is more concerned with giving the developers access to the code of the project.

User Interface – One of the biggest reasons for the instant popularity of GitHub when SourceForge already had the market in its grip is its better UI. The UI of GitHub is intuitive and very simple. There are no useless options and information. Forking a project and submitting a pull request is effortless. The merging of the fork with the master branch is seamless and instant. Coding test and deployment have become easy with time and the search option is very powerful. The developers can quickly search through the millions of repository to get projects on their type and choice and fork them. Sharing snippets and other essential is easy and quick. On the other hand, SourceForge seems to have a UI that has everything everywhere and in no way, it is intuitive.

Community Support – Even though SourceForge was launched before GitHub and it achieved popularity before GitHub, it still cannot match with the largeness and activeness of GitHub community. GitHub community is one of the top ten most active communities of all types of community present. It is the largest source code host at present with over 22 million repositories hosted on it. It is the most widely used version controlling system preferred by the developers. There are literally endless tutorials and guides available. You are likely to find the solution of all the problems you face already present on the internet.

If you want to develop an open source project and you want the project to be an application that targets the end users, SourceForge is the best option to be the repository. The reason is that it is focused on converting your project into an executable file along with an installer so that the end users can install the application and use it daily life. But if you are focusing on creating an open source project where it is going to be a collection of packages, GitHub is ideal for such development. With such a development, you end users are primarily going to be developers such as developing programming languages and frameworks.

Next post Python Vs Node.js - Which is Better for Your Programming Needs?

Previous post What Is Version Control and What Is Its Purpose?

How to Present a GitHub Project for Your Resume: Complete Guide 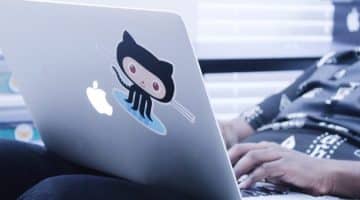 What is the Difference Between GitLab and GitHub?

Github vs Bitbucket: What You Need to Know? 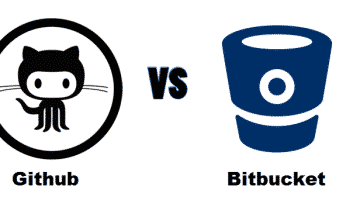