Heroku vs. Amazon Web Services – Which Cloud Platform to Choose 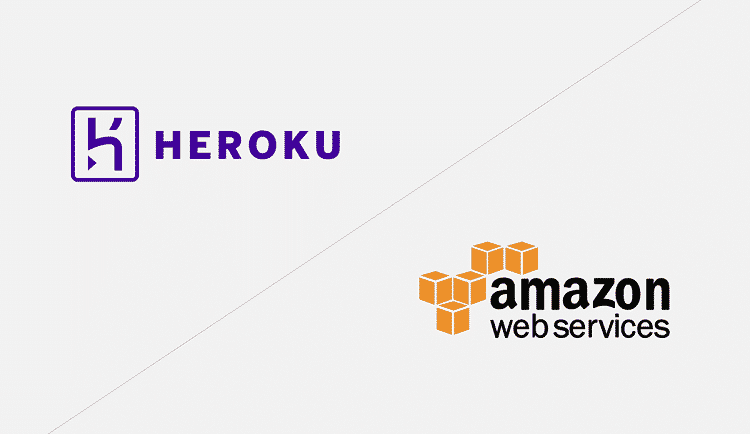 The cloud platform is the most popular hosting service in today’s scenario. The cloud technology has brought flexibility in deploying the applications, managing them in several ways and scale as per requirements. There is no more risk of data getting lost due to mishaps as there are backups available in well-protected servers. Most importantly, the latest cloud platform services give the developers the freedom to access data from anywhere and make changes on the go. Countries are no more boundaries among the customers and developers.

The top two names that come to the mind when you think of Cloud platform are Amazon Web Service(AWS) and Heroku by Salesforce. Companies like Airbnb, Spotify, Ubisoft, Netflix, Pinterest are used AWS whereas Facebook, Toyota, GitHub, MailChimp are used Heroku. Check out the differences between the two platforms to decide which one is better for you to choose.

In technical term, AWS is IaaS which is Infrastructure as a Service whereas Heroku is a PaaS which is Platform as a Service. AWS basically offers you all the component infrastructures for computing, storage, database, migration, networking, development, management, analytics, security, integration infrastructure individually. It has so many branches based on the components it is serving. The two most popular branches are AWS Elastic Compute Cloud which is IaaS and AWS Elastic Beanstalk which is more like Heroku with PaaS.

On the other hand, Heroku is presented as an all-round platform service where all the infrastructures are already available and you have to utilize them build, deploy, manage and scale your applications. In short, everything is rather manual in AWS which gives the developers more freedom whereas Heroku is more ready-made with all the options available for a perfect set up.

Even though cloud platforms have pay as you go feature as far as pricing goes, the overall cost of hosting is more in Heroku than in Amazon Web Services. The reason is that Heroku offers everything is ready-made mode or managed mode whereas, in AWS, you have to do everything manually without much help from any tool.

When it comes to deployment, Heroku scores over AWS and both Elastic Beanstalk and Compute. For a cloud-based hosting, the deployment has to be faster and Heroku has a ready-made environment for instant deployment after making a few changes in the default configuration. In no time, your application will be up and running. As a matter of fact, Heroku has better monitoring system on the working apps, better and easier migration process and the apps run slightly faster and smoother.

It looks like Heroku has a clear advantage over AWS even though the price is higher. The following list of advantages and disadvantages will help you to understand the platform and make better choices.

Amazon Web Services has more popularity than Heroku and the reason for that is that it is scalable automatically. This means that when there is high traffic, more resources are provided automatically to serve the traffics in the best possible way. In Heroku, the scalability is not automated and you have to set a limit beforehand exceeding which will slow down the processing speed. To make the process easier, Heroku has the option to create a new server with Heroku Command Line. For AWS, you need to have basic knowledge of Unix whereas, for Heroku, you need to have knowledge of Git.

At the end of the day, it all comes down to the applications of both the cloud platforms that will help you determine which platform to choose when. If you need a flexible architecture that you can modify on the go as your application scales up, AWS is the right choice. All the different infrastructures are made available to the developers and they can configure everything manually. But this also points out the fact that you should have enough knowledge to handle the infrastructure offered. Manual configuration of infrastructure is required when the project is of large-scale that requires high computing power and robust resource management. Companies have DevOps Engineers to set up their projects in AWS and configure everything manually.

Heroku is perfect as a cloud platform if more than scalability, your application needs constant improvements as per the reviews of the customers. In other words, an application in its initial stage requires a lot of modifications and Heroku is suitable for constant modifications of the application as there are robust tools available. There is no need for any manual configuration and you can save a lot of time with the tools available. It is more suitable for those applications that do not require heavy processing.

Depending on the application you have and its suitability with either of the platforms, you should choose accordingly.

Heroku vs Openshift: Which is a Better PaaS? 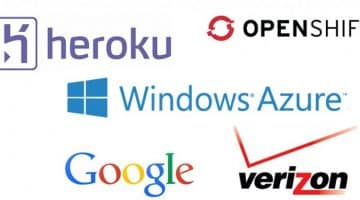