Facebook is the largest social network platform in the world while Tencent is considered to be the Chinese Facebook. Their mobile social network WeChat has over 1 billion monthly active users out of which nearly 900 million are Chinese. This is the reason why Facebook has been banned in China even though it has overall good market share in the Asian countries. Just like Facebook has WhatsApp, Tencent has QQ which is an instant messenger that most of the Chinese use every day. Tencent surpasses Facebook as the world’ biggest gaming company with top games like PUBG, Call of Duty, Honor of the King and much more. Today’ we will take a look at the differences between the two social network giants.

WeChat is far greater in approach, and there is a complete integration of social networking, lifestyle, as well as shopping on the go. They have an in-house payment system to make everything secure and fulfill all the requirements in one place. You can book cab, doctor, food, ticket and what not. Why would a person want to have multiple apps when he can do everything in a better way through one app?

Facebook opens its platform for third-party developers to bring in their own applications to make the users entertaining and engaging. That is when it transformed itself from a website to a platform. The move helped Facebook to gather all the data about the uses precisely, and that is why its targeted ads are far better than WeChat. It is the reason why Facebook is totally based on its ads and therefore, dependent on its product and technology implementation.

Since WeChat’s ads are not targeted due to lack of comprehensive grasp on the user data, it has turned into gaming for earning its revenue to compete with Facebook and other big names in terms of valuation. Facebook’s business model is based on reaching out to more and more people and earn money from brands for the ads they display. Tencent’s business model is based on user concentration and providing different products as services for earning an equal amount of revenue. In the long run, Tencent’s business model is better than Facebook in terms of consistency and productivity.

Since its revenue is totally based on its diverse products and not on ads, it is difficult for any new company to compete with it. But Facebook is constantly competing with Google for ad revenues from brands and Google can get a monopoly anytime.

Facebook as a company has Facebook which is unbeatable as a social networking platform. They have bought WhatsApp, the most popular mobile instant messaging platform and turned it even more popular with many new features. On top of that, they have Instagram which is the most popular photo sharing platform. With IGTV feature on Instagram, the company is going to compete with YouTube. Not just that, Facebook will be an integrated dating app which is one of the biggest untapped markets. They are also into AR and VR industry with Oculus which is the market leader. All in all, Facebook has limited diversification, but all their major products are leading in the world.

Tencent has video games which make them the largest video games company in the world, and it contributes nearly half of their revenue. You have a global approach with their games, but the same cannot be said with their other products like WeChat, QQ, Baidu, TenPay, video, and music stream products. There is growth opportunity in terms of revenue, but somehow they have not been able to go past the Chinese boundary with all the other popular Chinese products as of yet. Thanks to the ban on most of the foreign digital products like Facebook, Google, and others that their growth story is intact. They are also investing in electric cars, AR and VR technology, cloud system, healthcare, and insurance business. The flow of fund will be on the rise, and the reach is limited by enough to compete with multi-national players.

Some people might think that Tencent just copied Facebook’s idea and developed it, but there are certain features that WeChat has that Facebook copied later. For example, WeChat’s official accounts concept and let users have a conversation with official accounts of companies and brands like customer support team is first implemented on WeChat by Tencent. Then it was implemented on Facebook pages. 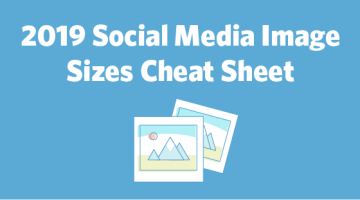 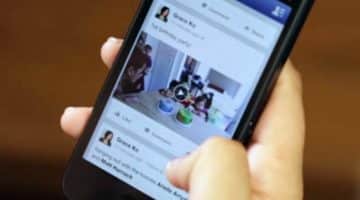