What is The Use of CSS Preprocessors? 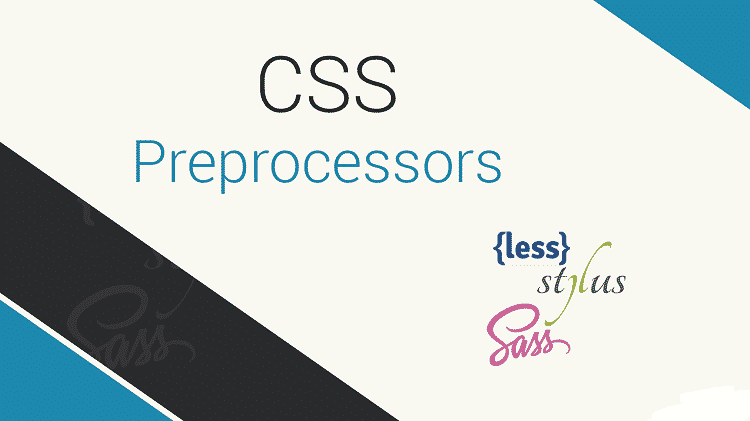 The function of a general preprocess is to take some input and produce output in a specific way. This output will again to an input to another program. A CSS Preprocess is a program that helps you to generate CSS in a specific way. In fact, CSS preprocessors are special CSS files that have unique features like variables, functions, mathematical operations and other things which are generally not possible with basic style sheets. If you are developing a small web application, you can always write basic style sheet within a dedicated time period. But when the application is large in size, writing CSS is a headache and that is where CSS Preprocessors chip in to save time and make coding more efficient. The following is the list of the uses and benefits of CSS Preprocessors.

It is a known fact that the primary function of CSS Preprocessors is to add new features and specifically, functionalities to the CSS files. The main aim is to save time and effort of the developers. It can also enhance the functionalities with items like variables, operators, functions, and various such assets. The productivity of coding and its efficiency will increase tremendously.

The Need – CSS itself looks very primitive and at some point in a large web application, you will definitely feel like you are writing low-level programming language in the modern programming world. A lot of people may argue that in such a big project, you have to break the entire CSS into small files and modules. But in doing such, there will be a lot of repetitive codes in each module that could have been prevented if you went for a big CSS file.

Moreover, there are various maintenance issues cropping up. That is where CSS Preprocessors are extremely powerful. They will the developers by opening up the scope of code reusability. Moreover, the syntax and the format of the code are easy to maintain. Furthermore, there is a high scope of easy extensibility and scalability. Most important, the productivity level will be top-notch with more time to spend on more important things.

The Features – The availability of variable has saved so much of time of the developers who want to change a particular color or parameters for a certain fixed part in all screens. Previously, they had to opt for find and but now, they can change the variable and the rest will change automatically. Mixins are a set of definitions for easy code writing. Extends are super useful for sharing definitions rather than copying. The color operators help you to play with colors effortlessly with different colors like never before. Moreover, there are If/Else statements, loops, mathematical operations, and functions that are very common in programming languages.

Don’t Repeat – The main principle of CSS Preprocessor is the reduce code repetition in a large CSS file to absolutely zero. In fact, it follows DRY principle which stands for Don’t’ Repeat Yourself. As you do not have to write quite a significant part of CSS coding, you can save a lot of time. Due to this, the execution time also goes down and the coding is more efficient in all aspects.

Modularity – In most of the web applications, the structure elements remain the same throughout. The use of reusable modules is enhanced through CSS Preprocessors. For example, the developers now can change color instantly using variables, tweak fonts, and visual effects by alternation far fewer parameters in comparison to any basic style sheet. There is no need to search and replace throughout the sheet.

Organized – One of the main reasons for using CSS Preprocessors and its popularity has to be its code organizing feature. You can make your CSS code more organized especially with the use of CSS preprocessors like Sass and Less. The supported nested definitions make it easy to read the code and debug faster.

Joining – CSS Preprocessor comes with a unique feature by which you can join multiple stylesheets into one. This is a critical feature in a large web application. You can create small CSS files for different screens and pages and import them in the main CSS file for maintaining modularity. Moreover, this helps better in debugging and maintenance. If you import the main file on the website, you can get all the connected internal files as well.

Apart from these, using popular CSS Preprocessors is easy once you have gathered knowledge of writing CSS. It also opens you the chance for multiple developers to work on a CSS file simultaneously. You can pick up threads and start writing codes directly without needing to write everything once again. If you are new to CSS Preprocessors, you should know that the popular ones are Sass, Less, and Stylus. You should try out all the three as there are unique features in all of them.

Next post What Programming Language is Telegram Written In

Previous post Which Language Do NVIDIA Software Developers Use