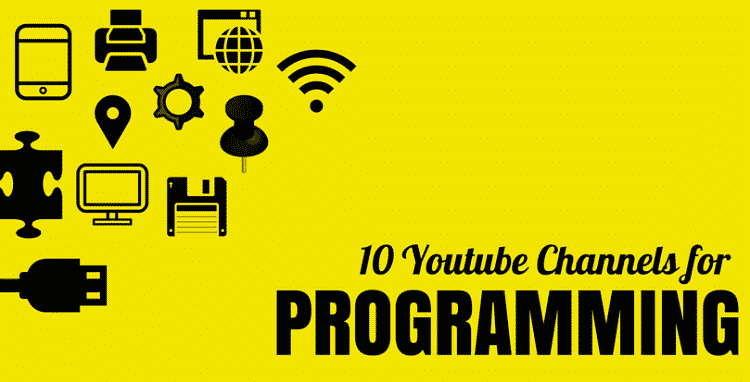 However, the huge matters can be settled easily if you can learn them from anywhere you want at any time you please and that too free of cost. This is where the YouTube channels come into the scene. We are listing the top 10 YouTube channels that teach programming languages easily.

This is a perfect YouTube channel for the beginners to learn everything all by themselves from scratch. Different topics are divided into different sub-topics, and they are covered in full details with examples. The teaching is very methodical and therefore, easy to grasp for the beginners who are new to the programming world. Apart from programming languages, it covers various other topics a programmer should be aware of. Therefore, this channel is a must follow.

This is a relatively new YouTube channel, and this is on the rise. There are various unusual programming languages available which can land you high paying jobs in your future career. For example, the web animation programming guides are something extremely new, and there is a huge demand for such programmers in the industry. Definitely, follow the channel and spend spare time learning new things in the programming world.

This YouTube channel focuses on teaching the viewers Microsoft Dot net and SQL Server. The YouTuber is from the corporate world having worked in MNC companies on the technologies. Therefore, you get to learn the insights of the industry and be prepared for the companies and land a job on those technologies.

Go through all of these YouTube channels and see which one you find the best for the programming languages you want to learn. You should settle down with one of them and be regular in going through all the past videos and practice to perfect.

Next post How to Convert PSD to HTML Using Bootstrap