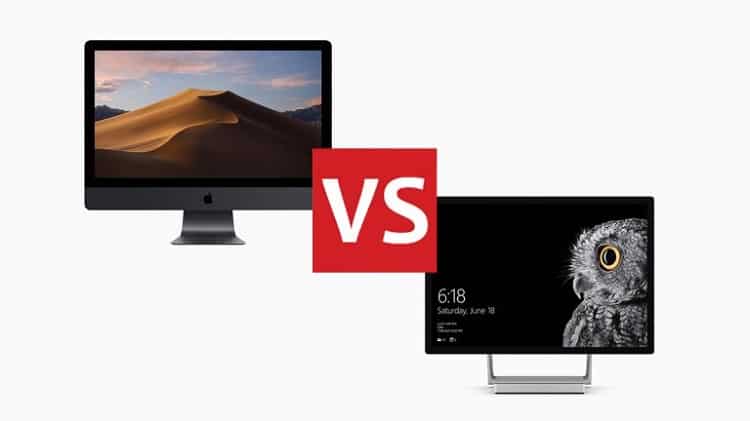 Even though Microsoft had the upper hand in design in the beginning, MacOS currently has the upper hand in designing. Windows 8 was badly designed, but Windows 10 has rectified all the design issues. Yet, it is still far behind in comparison to MacOS High Sierra. MacOS looks nicer and the regular operations like switching between desktops, better notifications, better program launching, make MacOS look elegant and stylish, to say the least. MacOS has satisfied that users more in comparison to Windows as some of the users are not liking the approach of a common operating system for all devices as applicable in Windows 10. Besides, most of the users feel macOS is simple to use, and it is a clean operating system.

Even though Windows initially got popular for its apps, it is safe to say that the apps on Windows 10 are not fully polished. They look like apps under progress. The advanced features are still not fully blossomed, but the basic functions can be performed comfortably. For example, the mail client and Microsoft Edge need a lot of improvement. In comparison, macOS mail client is simple and advanced.

The biggest advantage is that it comes with a full office suite and therefore, you do not have to buy it separately. Moreover, macOS has a better cloud suite. As far as Siri and Cortana go, Siri is the clear winner and Siri makes macOS High Sierra so much better than Windows 10. In short, MacOS comes with more great software collection for free than Windows 10. On the other hand, Windows 10 comes with too many third-party apps which are many considering as bloatware that they want to remove from their system.

One has to appreciate the fact that Windows is the only operating system that is common for desktop, laptop, tablet, and smartphones. However, it is a major step Microsft took, and this has led to some rough edges. Naturally, it is available to a greater range of hardware devices. On the other hand, macOS is limited to desktop and laptop. Therefore, it is missing out the touchscreen support. It is still stuck with TouchBar support. In terms of compatibility, Windows 10 is the clear winner. However, the integration that Apple provides for all its devices is unparallel too.

Payment – Apart from paying for some of the basic apps on Windows 10, if you want to update your operating system to Windows 10, you are to spend at least a hundred dollars. However, the new versions of macOS are always free, and the Mac users can always upgrade anytime they want.  Moreover, the update cycle of macOs is more frequent.

Security – Windows 10 is open to a lot of third-party apps, and in the core level, the security system is vulnerable in many aspects. The security concern does not exist in MacOS, and this is why most of the users prefer macOS over Windows. MacOS is tightly secured from all points. The privacy of macOS is better than Windows going by the history. There are Spyware issues in Windows 10, and anti-virus has become mandatory for Windows users. The Windows Defender is just not enough. But there is no need for installing any third-party stuff on MacOs.

The decision which operating system is better depends solely on the user. Some users find Windows 10 better while some prefer the otherwise. Windows 10 should get the props for trying out something innovative which is going to be the trend in the future which is a common operating system for all devices. But from the purely technical perspective, macOS is still the winner. The killer feature is that you can install Windows in Mac OS if you need to work on Windows in certain scenarios and therefore, it is always profitable to be a macOS user.

Next post The 10 Most Popular Coding Challenge Websites for 2019