What Is Amazon Corretto 8 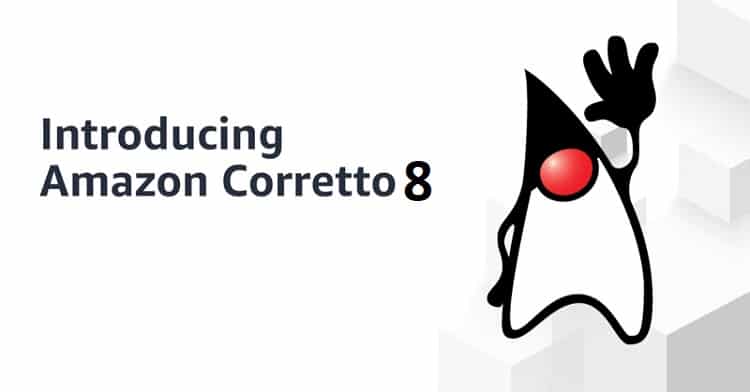 Amazon Corretto 8 is a multiplatform Open Java Development Kit(OpenJDK) from Amazon Web Services. It is free and production-ready. Therefore, it is an alternative to Oracle’s JDK. Due to its multiplatform abilities, you can deploy in the cloud server, premise server as well as local computers. It is a replacement for all Java SE distributions. Amazon Corretto 8 is certified for its compatibility with Java SE Standard, and it is already being used at Amazon internal for various services. With Amazon Corretto 8, one can develop and execute Java application in Amazon Linux 2, macOS, and Windows.

The Emergence Of Amazon Corretto 8 –

Amazon is closely associated with Java in terms of the development of its services. Most of its products and services are developed in Java and therefore, Amazon’s internal Java team had developed its own JDK. Now, they have made it open for the public, and it is an open source JDK and Amazon has promised long-term support for free. This means that the product is going to survive for a long time and due to its free distribution, it can only get popular from now on.

Besides, in short to medium run, there are many who can migrate from Oracle’s JDK to Amazon’s JDK because of the free support of Amazon instead of paid support of Oracle. On top of that, Amazon has promised regular security updates for Amazon Corretto 8 for the next five years. The updates are going to be quarterly. Apart from security updates, the company will provide patches that will provide performance enhancement and better garbage collection, solving different reports and glitches. The company is planning to launch Amazon Corretto 11 in the middle of 2019 which will ship with OpenJDK 11. The announcement has come after Oracle made several updates leading up to JDK 11.

The Reliability Of Amazon Corretto 8 –

Amazon Corretto 8 can be a fierce competitor to Oracle, and it is good from a competitive point of view. With free download and distribution along with the promise for free security and patch updates for the next five years, it certainly looks tempting. The brand value of Amazon is why most of the developers are giving it a try, and it is production-ready and has support for the leading platforms. The source code of Amazon Corretto 8 is available on GitHub, and their official documentation is though for developers to understand easily. Though there is not a big enough community available yet, it is a viable option to try out at least once.

Previous post What Is a DevOps Engineer - Career Path and Salary