Where Can I Learn C++ for Free 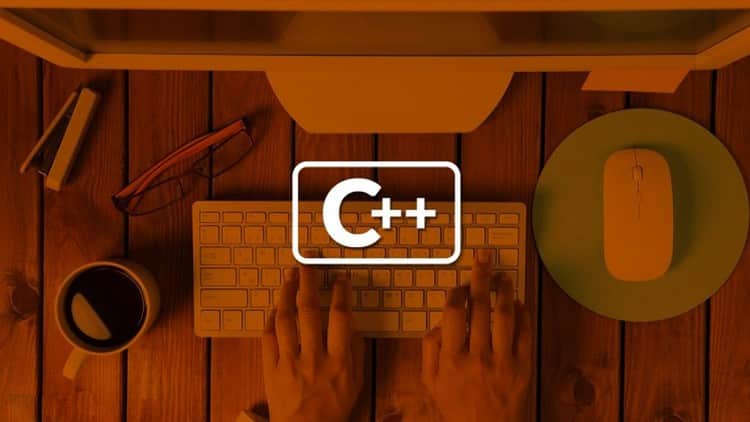 Before we jump to the question that from where could learn C++ for free, it is important to have an understanding of C++ programming language,

Everything in the entire world is mainly an object and human being in the world is also quite much close to such objects for the reasons that these objects are mainly used by human beings. Hence, programming Technology usually is modeled as the Object-oriented it is quite simple to handled and clearly understood by the programmer or by the common users.

This is the reason that this technology of programming is even known as real-world or even the real-time programming language.

On the other hand, the techniques that are object-oriented usually treat the data as a key element or as an object. It also binds the element or the object with the function that is mainly used to manipulate the object. The protection of the object from the accidental modification in the structure of an object is known as the class.

C++ usually works on the concept of Object and Classes. Classes are mainly the collection of similar kind of the objects and the objects are also variable class. Here, class is a factory that is mainly used to produce an object and even the Classes are logical abstraction though the object also has the physical existence.

The question here is why would you learn C++? There is no doubt that C++ is the most powerful set of the programming language that basically has the motto being a “trust the programmer”. On the other hand, such kind of stance even increases the possibilities for any kind of the errors devoid of the compiler freaking; at the same time, it also gives a programmer much flexibility about that how they actually write the code.

Because of this, many programs are at least written partially in this language or their cousin, C. Learning and C++ is even much beneficial in some other way – as C++ is quite similar to C, you may also understand and (for the most part) the code in C also.

Few of the significant Characteristic of the object-oriented programming

·        The approached followed by the Object-Oriented Programming is Bottom-up approach.

·        Also, In Oops data stays to be hidden and is unable to access any of the external function also the main functions.

·        Objects of a similar class may also communicate with one another through the design of functions in the main.

·        Concept of the Object-Oriented Programming may directly get mapped with the real-life problem.

·        Moreover, the functions operate on data of an object that get tied together in the proper data structure.

·        In Oops the Inheritance is mainly one of those characteristics through using it we may also be able to create the new class through extending as well as enhancing the new class.

·        Oops also offers the concept related to encapsulation where we will wrap up the data as well as the functions in the single unit. The functions that are just in class may access the data.

·        Object – Moreover, Oriented Programming may simply be manipulated from the small system to the big system.

·        In Oops for the design software we need to simply identify the objects, design some of the models and also be able to try to create a link between the objects.

It is an amazing website for the students of computer science as well as for the developers to simply learn the programming language of C++ from starting to the advance level. This website also has a wonderful and an awesome collection of various tutorials of C++ programming which has a detailed note about the function, articles, forums as well as the class’s references of this program.

Tutorialspoint is known to be the topmost website that offers you to provide the step by step tutorials about the various Computer programming languages. I also suggest learning of the C++ programming language that could be simply done with the help of this website.

Learncpp is the completely free site that offers you to completely learn the basics about how to program in the language of C++. Irrespective of the fact that you have any earlier experience of programming or in case you don’t have, this kind of the tutorials on this site would help you to teach you almost everything that you should know with several lots of the examples.

The website is also well developed to assist everyone who actually wants to learn and know more about the C and C++ programming language. Such kind of website offers many necessary resources such as programming tutorial, library references, source code as well as even the discussion forum where the person can post the problem.

It is a perfect and the most suitable site for C and C++ programming language. Three is no doubt that it is much popular as well as it is beginner-friendly. It also hopes to facilitate the creation of the specific solution which makes the entire world to be smarter.

Hopefully, when you are equipped and armed with the above-mentioned sites, you’ll be capable to get the grasp on C/C++ and with this, you will also start writing own programs. All you need to remember is the fact that as you get started even functionality should be a key priority over the appearance, so you just don’t need to feel like the program is worth nothing even when it doesn’t have the GUI. The algorithms, as well as some other kind of the coding, are what it makes a program do what this is supposed to do, and in case it properly works, then it is really great! Mission accomplished!