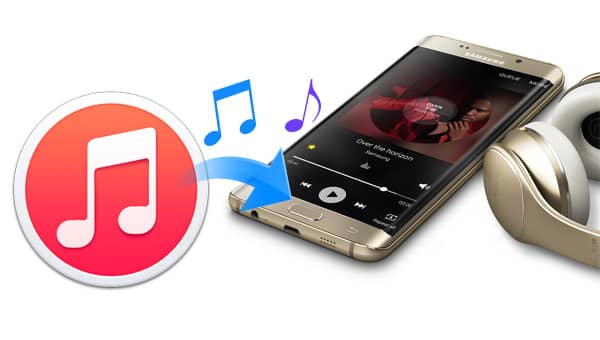 Ok, now just imagine that you are on the road trip where you are playing songs from your mobile phone through your car’s music player. Also, your friends have fallen in love with your just awesome playlist. They would have also asked you to transfer songs from your mobile phone to their Android phones. But at the same time, you don’t have the laptop handy with you. So, what will you do when you get stuck in such kind of the situation? How will you transfer the music from your Android phone to some other Android Phone?

Music has a wonderful and magical power that can improve the daily work and life of people. On the other hand, what if you have only switched to the new Android phone and with various music files on your old device? Do you have to go through a different kind of the thick and thin to get those songs and music on your new phone or even if you are ready to accept the fact about losing all your songs?

Well, believe me, that this is not any rocket science. You may also do it simply without using the computer. All you require is to have a music-sharing app which can get installed on your Android phone. These apps allow you to transfer the local or the offline music between one and more Android phones devoid of using the mobile data. So in this tutorial, we will quickly go through and learn from this tutorial, some of the features through which you can quickly transfer Music between Android Phones!

We have chosen 5 apps which allow you to simply transfer the songs between your phones. Let us now check them out.

It is the app which is much recommended when you want to transfer music or files from one phone to another. Being among the oldest app for file-sharing, it has also improved generously in the past few years. However, the process to transfer music is quite simple. You just need to download the app after this you need to click on the button hit where you can simply send and receive on respective phones. After this, you can select audio files under the Music tab.

This is quite much impressive when it categorizes the audio files in the different sections like individual files, folders, artists as well as albums. Not just that it does make it simple to locate many desirable files but at the same time you may also share complete folders as well as albums.

Apart from music, you may also simply transfer all different types of files like apps, videos, photos, ZIP files, documents and many more. It provides the most interesting features like group sharing, cross-platform support and share zone.

You don’t require a working internet connection for using this app. Though, you should also be connected to a Wi-Fi network or on the hotspot. Quite interestingly, in case a person doesn’t have SHAREit app, you may also transfer music with the feature of installation-free file sharing which is also known as the web share.

If you feel like the deal-breaker while you are using the SHAREit app, you may also try another amazing alternative which is known as, Xender. Having a similar kind of the interface like SHAREit, Xender will never feel to be quite different. Under the Music tab, you need to tap on send button or on the receive buttons through which you can start sharing your music files.

Even though it helps to supports viewing as well as the transfer of the folders, it will lack the categorization by artist and the album. But in case it helps, you may also use search for locating the audio files. It is even available across the great wide variety of platforms. Just similar to the SHAREit app, you will be able to transfer all different types of the files with the help of this app as well. It also provides a feature of phone replication to move the data from one phone to another phone. Again, there is no internet required for the file transfer.

In case you would notice, that above two apps usually list the music files under the heading of Music, but in the app, you will also have general Audio tab. This is mainly because of the reason that it allows you to transfer audio files in various formats. Be them the pre-installed ringtones,.m4a,.ogg files, or even the SMS tones everything is shareable with Files with the help of the Google app. While the artists, as well as album categorization, is missing in the app, you may also sort files as per different parameters like file name, date, and size.

Files by Google are also full-fledged file manager as well as a cleaner app from Google. Hence, other notable features consist of browsing files, offline sharing of the files and also cleaning phone without using the mobile data, etc.

From the house of most renowned Smartphone brand Xiaomi that usually comes from ShareMe, earlier known to be Mi Drop. Even drawing inspiration available from SHAREit, ShareMe even truly categorizes the music files under the artist and songs, albums and also the folders. You may also search for the required file. For sharing the music files, tap on Send button and after that, you need to click on go to the Music tab. This app also allows you to share other files which include documents, contacts, and the videos as well.

Another file-sharing app which may also be used for transferring the music from one phone to the other one is Zapya app. Apart from the songs; you may also share music by the artists, folders that are present under the Files tab, and also playlists.

Some other most interesting and other features include the group sharing and the QR code sharing, shake the connect, along with the phone replicate. Quite Sadly, this app is also burdened with some of the unnecessary things like discover and suggestion tabs aimed for offering the online content, that is quite similar to the SHAREit.

Conclusion: These above apps do not require any working internet connection however you just need to download these apps first. Doing this also makes sense when you wanting to transfer the files or music.

Previous post What are Windows 10 PowerToys: Tips on how to use them