Major Differences between Python 2 and Python 3 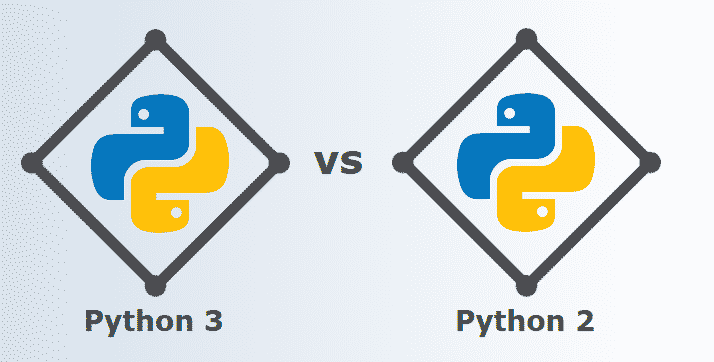 The Python 2 usually made the process of code development to be simple as compared to their previous versions. It also helps to implement some of the technical details of the PEP also known as Python Enhancement Proposal. Python 2.7 which is the last version in 2.x is no more under development as well as in 2020 it will get discontinued.

In 2008, in December, Python released its latest version 3.0. The version was released to various kinds of fix problems that existed in Python 2. Also, the nature of such kind of change is such that Python 3 was just incompatible with Python 2. It is also quite much backward and also quite incompatible. Also, some of the features of Python 3 that have been also backported to the version of Python 2.x to make the process of migration to be simple in Python 3.

As a result, for any company that is using the Python 2.x version, migrating the project to 3.x required many changes. Such changes not just relate to the applications and projects but even all libraries that are a part of the Python ecosystem.

Why you must learn Python 2?

Even though, Python 2 is known to be the old version of open source where you will still need to learn Python 2:

– If the company’s code is written in Python 2, you need to learn to work for it.

– If the entire development team is perfectly working on the project which depends on particular third-party libraries and the third party software that you are not capable of port and Python 3, so Python 2 is an only available option for the user.

Why should you use Python 3?

Below mentions are some of the key and some of the prime reasons for using the versions of Python 3.x:

– Python 3 is also supported by the huge community of Python developers. Getting your support is quite simple.

– It’s quite simple to learn the language of Python as it gets compared to the earlier versions.

– It offers the most Powerful toolkit as well as powerful libraries

– It is Mixable with different languages

Which Python Version you should Use?

When it is about the comparison of Python 2 version and the 3 today, Also, Python 3 is an outright winner. The reason is simple that Python 2 will be available after the year 2020. Even the adoption of Mass Python 3 is also a clear direction of the future.

After considering declining any kind of support for Python 2 programming language along with the additional benefits from the upgrades to Python 3, it is usually advisable for the developer to choose Python version 3. On the other hand, if the job demands the capabilities of Python 2, this would be just a compelling reason for using this version.

Programming languages regularly evolve being the developers that are extended with the functionality of language and iron some of the quirks which lead to problems for the developers. Python 3 got introduced in the year 2008 to make the Python simple to use as well as change its way it handles the strings to perfectly match with the demands that get placed on language now. Programmers that initially learned to program in the Python 2 at times also search for the new and updated changes that are difficult to adjust to, on the other hand, newcomers usually find that new or the latest version of language makes such great sense.

On the other hand, Python 3.0 is fundamentally different from the earlier Python releases as it is a first Python release which is not compatible with the older versions. Also, the Programmers generally do not require to worry about any kind of minor updates such as from 2.6 to 2.7 as they generally change the internal workings of the Python as well as it does not require any of the programmers to change the syntax. Moreover, the change between the Python 2.7 which is a final version of the Python 2 as well as Python 3.0 is quite significant — code which has also worked in Python 2.7 might need to be mentioned in the much different way for working in Python 3.0.

Print: In the version of Python 2, “print” is usually treated as the statement instead of being a function. There is also no requirement to wrap your text that you wish to print in the parentheses, even though you may when even you want. This may be quite much confusing, as most of the other actions in Python generally use the functions which require arguments to get placed inside the parentheses. It may even lead to any kind of unexpected outcomes when you put the parentheses around the comma-which is a separated list of the products which you wish to print.

On a contrary, Python 3 treats explicitly “print” as the sole function, which means you need to pass your items that you need to print for the specific function in the parentheses in a much standard way, or else you will get the error named as syntax. Some of the Python 2 programmers find such kind of change to be quite much annoying, but it may also help to prevent such kind of mistakes.

Unicode Strings for Python 3 usually stores strings as the Unicode by the default, on the other hand, Python 2 needs you to always mark the string with “u” when you wish to store them as a Unicode.