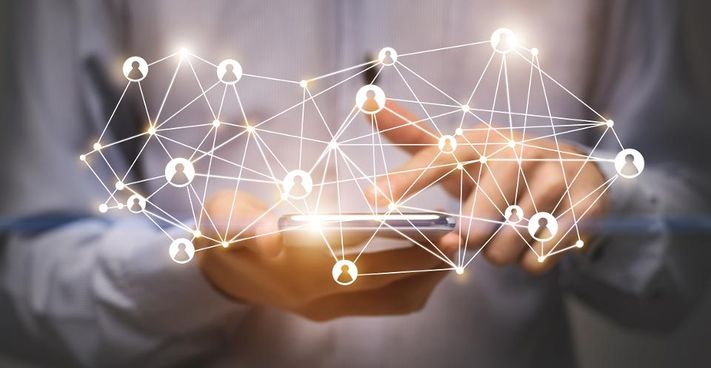 The Graph databases are considered to be essential for companies that are dealing with Big Data, as they generally represent data in quite a clear way and also a much simple and visual manner. However, at the same time of the graph databases permits to play around with the data, enhance the company overall performance as well as support agility, which is quite critical in regularly changing the business environment. On the other hand, there is also a great diversity of graph databases that differ in the language and the purpose, etc. We even have the look at many notable ones having their key features.

The graph databases are much popular as well as highly renowned; on the other hand, there are quite much more than this. While choosing the graph database, you need to initially define the purpose for their use and after this; you need to check whether their features will perfectly fit your requirements. The Graph database generally uses the structure of the graph for representing as well as storing of the data for any of the queries followed through edges, nodes as well as it offers index-free adjacency.

We also have come up with the list of advantages of graph database which you might wish to consider.

Apart from this, graph databases permit the deep traversals that are quite faster as compared to Relational. And few of them also allow highly fast execution of the complex pattern that perfectly matching the queries as well as the compact representation of data, basing on the implementation of bitmaps. Let us now discuss the Top 10 Best Graph Databases.

1. GraphDB Lite: It allows storing about 100 million triples on the computer. It can be simply deployed through JAVA. Also, the queries of SPARQL 1.1 get performed in the memory without using the indices of file.

2. Neo4j: It is an open-source of the graph database which is executed in java being mentioned as the embedded, completely transactional and the regular engine which stores the entire data in graphs.

3. OrientDB: It is the Database of distributed graphs for 2nd or next-generation having the great flexibility related to the documents. This can simply store 2,20,000 of the data each second. Also, the database of the document, relationships get properly managed in the Graph Database having direct connections.

4. Graph Engine: It is a huge graph, distributed and the memory processing engine. It is underpinned by the strongly RAM storage with the common computation engine. Also, the storage of RAM offers an international and high-performance store above the cluster of the machine. However, GE allows quick and random access to data power above a huge set of distributed data.

5. Map graph: The API makes it quite simple for developing the graph analytics of high performance on the GPU. Such API even based on the model of GAS or gathers apply scatter that is used in the Graph Lab.

6. Titan: It is the scalable database of the graph which is well optimized for storage of the querying of the graphs that contains various billions of the edges and vertices that are distributed all across the cluster of the multi-machine.

7. Cayley: It is also an open-source of the graph which is well inspired by the database of the graph behind Google’s knowledge and behind Freebase.

8. Weaver: It is even the store of the distributed graph which offers horizontal scalability, high level of performance along with a strong and high level of consistency. At the same time, it also allows the users for executing updates and queries on a transactional graph with the help of simple API python.

9. Filament: This is the framework of graph persistence along with the associated toolkits that are mainly based on the style of navigation query. On the other hand, the default and the persistent engine also is a part of it to store various properties and graph objects in the easy relational tables though the actual model of storage is pluggable.

10. BrightStar DB: It is also the store for RDF triple which does not need any kind of definition about the database schema along with the model of RDF, it may simply add as well as simply integrate the data of various shapes. On the other hand, key libraries even have a small footprint which also installs the zero-configuration about the entrenched apps.

The Graph Database is quite faster for the sets of the associative data, it also maps much directly to the structure of the applications that have applications of object-oriented as well as that also scale much naturally to the huge sets since they do not need any kind of the expensive joint operations. On the other hand, the Graph Database is also much more suitable for the purpose to manage the ad hoc as well as the changing of the data with diverse schemas. While choosing the graph database, you need to initially define the purpose for their use and after this, you need to check whether their features will perfectly fit your requirements.

Previous post Hybrid Cloud vs Multi-Cloud: What You Need to Know