What is a Brogrammer Culture? 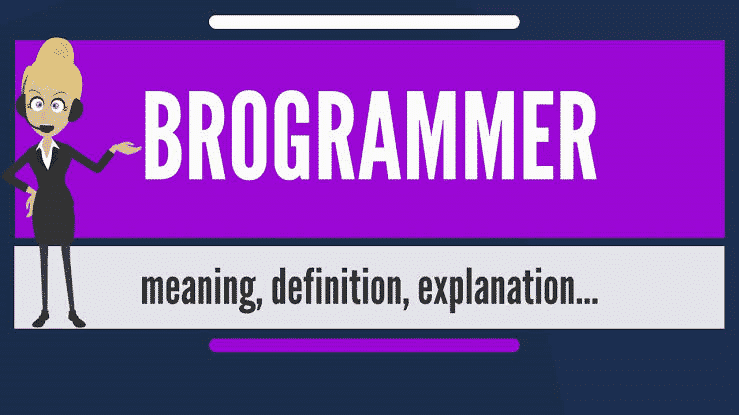 The Brogrammer is mainly the male programmer having traits that are usually associated with the fraternity brothers also known as bros rather it is associated with stereotypical geeky of the coder or the nerdy persona.

An overview of Brogrammer culture

The Brogrammer culture mainly in the absorption of demographics in the industry of software development; possibly it is motivated by high demand for the programmers and high pay-scale which has resulted from such kind of demand, with growth during the startups.

Many challenging elements related to brogrammer culture consist of racism, misogyny and also the general level of intolerance for diversity. Moreover, the prevalence of such attitudes also tends to discourage the women and different people who do not properly fit the model of brogrammer from entering the tech careers; it is even quite often the key reason for leaving jobs in the industry.

The problem as discusses the brogrammer culture and also about how it prevents the women and other people of the color from entering in IT or staying in IT. People yet think that the programmers as “awkward people” and they are mainly for some or the other reason, this actually bothers. Do we actually need a Brogrammer culture to remove this completely and help to make the programming pervasive?

The frat boys, Brogrammers and the misogynists get funded through VCs having crises of midlife that aren’t awkward neurologically. They are unpleasant & bad people objectively. Also, they are not great to deal with for their social tics, but as they are completely flat-out jerks having bad attitudes and redeeming qualities.

While you mix people sending awkward, troubling and conflicting signals that are based on disability who are sending these signals as they are the bad people having bad intentions, the result is the fact that earlier groups suffer intensively from loss of reliability and trust factor that is generally earned by latter.

This term is mainly portmanteau of bro, the short kind of the brother, and also the programmer. The archetypal bro is quite young, white, male, middle-class as well as heterosexual. The NPR conducted with the Twitter survey and also decided key 4 dominant traits related to the bros: dude-lines, stonefish-ness, jockishness, and preppiness. They also stated that terms do not actually imply, for instance, that the bro used drugs though that he also had the stoner-like and the surfer-type of the element to their persona. In a similar way, preppiness might also be manifested through options available in the wardrobe.

There are four crucial groups for bucking brogrammer culture

– Local governments: The technical industry mainly talks much about supporting the female engineers at the national level, though there are some of the most crucial work is usually done at a local level. Girls require low-cost and the low-pressure space for playing as well as experimenting with the code when they develop an interest in the programming. The boot camps for Coding are certainly great, but they usually need a substantial level of commitments of money and time. Local schools and libraries should allocate the funds to host some of the free workshops related to programming. On the other hand, girls can also try out coding as well as see that how they actually like it, and even the local engineering talent can even gain a chance and possibility to teach and tutor the next generation.

– Local organizations. Being a much active participant in the meet-ups as well as the programs that are well designed for women for engineering. Boston even has the first free-standing for the public innovation center, Cambridge Center of Innovation and District Hall, mainly where the entrepreneurs of aspiring tech may also exchange ideas, also involving in the sessions of white-boarding, and, certainly mentor women in the STEM fields. These are even some wonderful initiatives, but they usually fly under the radar. On the other hand, Local organizations must also advertise the events to the local high schools as well as the community colleges, to make sure about the next generation that may participate in such events.

– Companies. Firms that may also start with the development of various and inclusive of the workplace for different races, genders, and colors. No capable woman and self-respecting that wish to be treated and paid similar to the citizen of second-class; such kind of the treatment at times leads to the female engineers for leaving the field completely. Companies must even give women an opportunity to lead. This definitely means that creating the programs which women tell, we expect and wish you to always take lead on someday, and sending the female staffers for leadership the conferences and training.

When a culture that is engineering-driven is created by the technology company where playing with some of the things is the norm, it helps to encourage all employees for innovation and participation and innovate. Holding the hackathons with the engineering-improvement days usually is considered is important for cultivating to be open with the culture of forward-thinking.

– Engineering managers. Women are now able to represent about 47 percent of the US workforce, but just 12 percent of computer scientists are usually women. At a single Door, where the work happens, women make up about 25percent of the engineering team, with great software engineering managers usually are the key reason that why the managers took the time to assist when I do not understand the concept of programming or the piece of the complex code.

The news reports make it much clear: It is not a case at various other companies. Managers must also advocate for the employees so they do not actually feel left out and their accomplishments that are actually unnoticed. The Managers also have the one-on-ones having the employees for regularly creating the environment where the employees feel highly valued, permitting them to ask some of the direct questions for issues that they face. The Engineering managers are much critical for helping and creating the workplace which is attractive.