Quarkus Vs Micronaut: What’s the Difference? 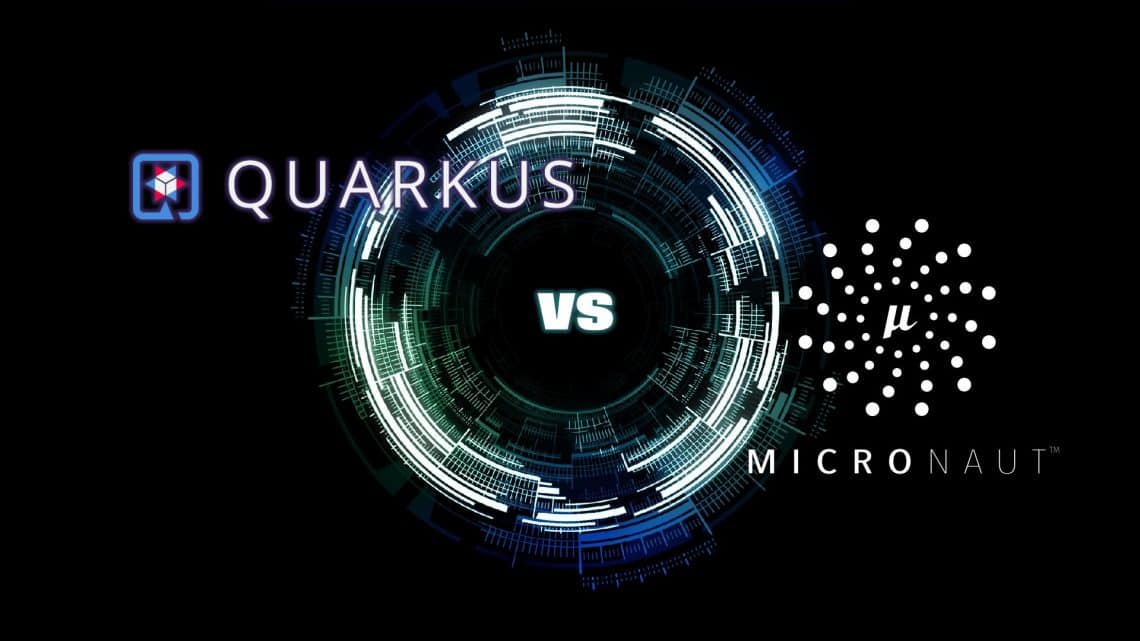 The Quarkus and Micronaut usually are known to be the modern frameworks of Java that may also be used for creating the microservice as well as serverless applications that are well tailored for JDK as well as for GraalVM.

Though Quarkus is also backed by the Red Hat, Micronaut is usually developed by creators of Grails framework as well as it was sponsored by the Object Computing. On the other hand, the development of Quarkus began quite early during 2019, latest 1.0.0 version got released in the month of November 2019 where Micronaut development began early in the year 2018, 1.0.0 version got released in the month of October 2018. It is important to note that Quarkus and Micronaut are usually open sources under Apache License 2.0.

Though Quarkus is much reliant on the Java EE as well as on Eclipse MicroProfile APIs, where the Micronaut defines their own APIs and it is much inspired by Grails as well as Spring frameworks.

Quarkus is mainly based on the extension architecture which simply makes it simple to integrate the framework of the third party. You may use Spring DI, Data JPA annotations and Web in the Quarkus applications.

On the other hand, Micronaut offers the AOP also known as the Aspect-Oriented Programming implementation which does not use any kind of reflection that defines the concerns of cross-cutting such as logging.

Injection of Dependency and Control Inversion

Quarkus usually implements the subset of specification about CDI also known as Contexts and Dependency Injection. It has some of the well Supported DI features along with the limitation that may be simply viewed.

Micronaut usually uses the simple dependency injection of compile-time implementation which just uses the complete reflection as the last resort as well as it also avoids proxies. The complete guide of Micronaut IoC is simply available on such a page.

Both Micronaut and Quarkus support reactive programming. On the other hand, the Quarkus supports Netty as well as Vert.x being the reactive engines which are usually based on the event that has driven architecture through the non-blocking IO. On the other hand, Reactive Messaging is mainly supported by the AMQP and with Apache Kafka. PostgreSQL, MongoDB and the Reactive MySQL clients are even available. Also, an alternative way for declarative is for implementing the HTTP endpoints is also possible with different routes of Reactive.

Also, Micronaut consists of both non-blocking kind of the HTTP server as well as the client that has APIs that are based on Netty. Moreover Reactive MySQL with the PostgreSQL clients is supported through the libraries of third-party. RabbitMQ and Apache Kafka are even supported by Reactive APIs.

For enabling the resiliency, Quarkus consists of the implementation of specification of MicroProfile Fault Tolerance to offer Timeout, Retry, Fallback as well capabilities of the Circuit Breaker as it is demonstrated in below mentioned guide.

Micronaut even supports Retry, patterns of Circuit Breaker and Fallback as the AOP pieces of advice.

Here, Quarkus mainly targets at the environment of the Kubernetes cloud. Also, the automated generation about the resources of Kubernetes is mainly offered to be completely out of the box. T the same time the experimental support of serverless is also available for the AWS Lambda as well as for the Azure Functions.

The Micronaut offers the natively support to various features of the cloud such as mentioned below:

•A distributed set of the Configuration having

◦ The vault of HashiCorp

•Service Discovery having below mentioned:

•Serverless Functions: There are different features that are provided to make it actually simple to write down the functions, run as well as deploy them to simply FAAS is also known as Function as Service providers like AWS Lambda and the dedicated containers like the OpenFaaS.

On the other hand when Quarkus offers support to the Java, Scala, Kotlin, Micronaut comes equipped with the first-class of support for Groovy, Java as well as for Kotlin.

Kotlin is mainly the cross-platform that is statically typed of the language which is highly and much interoperable having the current and the existing libraries of Java and it also allows the concise code of writing. At the same time, it is even the official set of languages that is meant for the development of the Android app.

Scala is basically the multi-paradigm language having the much strong static kind of system which offers the language interoperability through Java and it also offers a much elegant code known as syntax.

Groovy is also the dynamic as well as the optionally typed language of the JVM having the static capabilities of compilation which also aims to simply provide syntax that is quite simple as well as easy to learn and to understand.

Quarkus offers the online project generator having the much configurable dependencies that even provide you with the live reloaded capabilities for GraalVM and the mode of the native build. On the other hand, the Micronaut projects may also be generated with the help of the command line.

Quarkus is basically the cloud-native kind of the container-first framework through Red Hat that is used for the purpose of writing the Java applications. It also has a much fast time of startup and it also has the utilization of low memory that makes it certainly a great candidate for the FaaS or for the frequent scaling up as well as down in the container orchestrator. Similar to Micronaut, Quarkus attains this by using the simple as well as latest compilation techniques to do some kind of dependency injection at the much compile time that could simply avoid the costs of runtime for the reflection. It works perfectly well with the Native Image of GraalVM that will also further decrease the startup time. Quarkus usually supports imperative models and reactive models.

Previous post What is the Difference Between Splunk Enterprise and Splunk cloud? 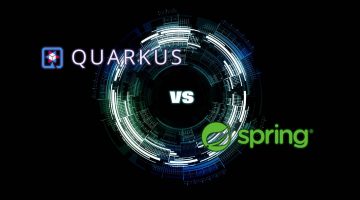